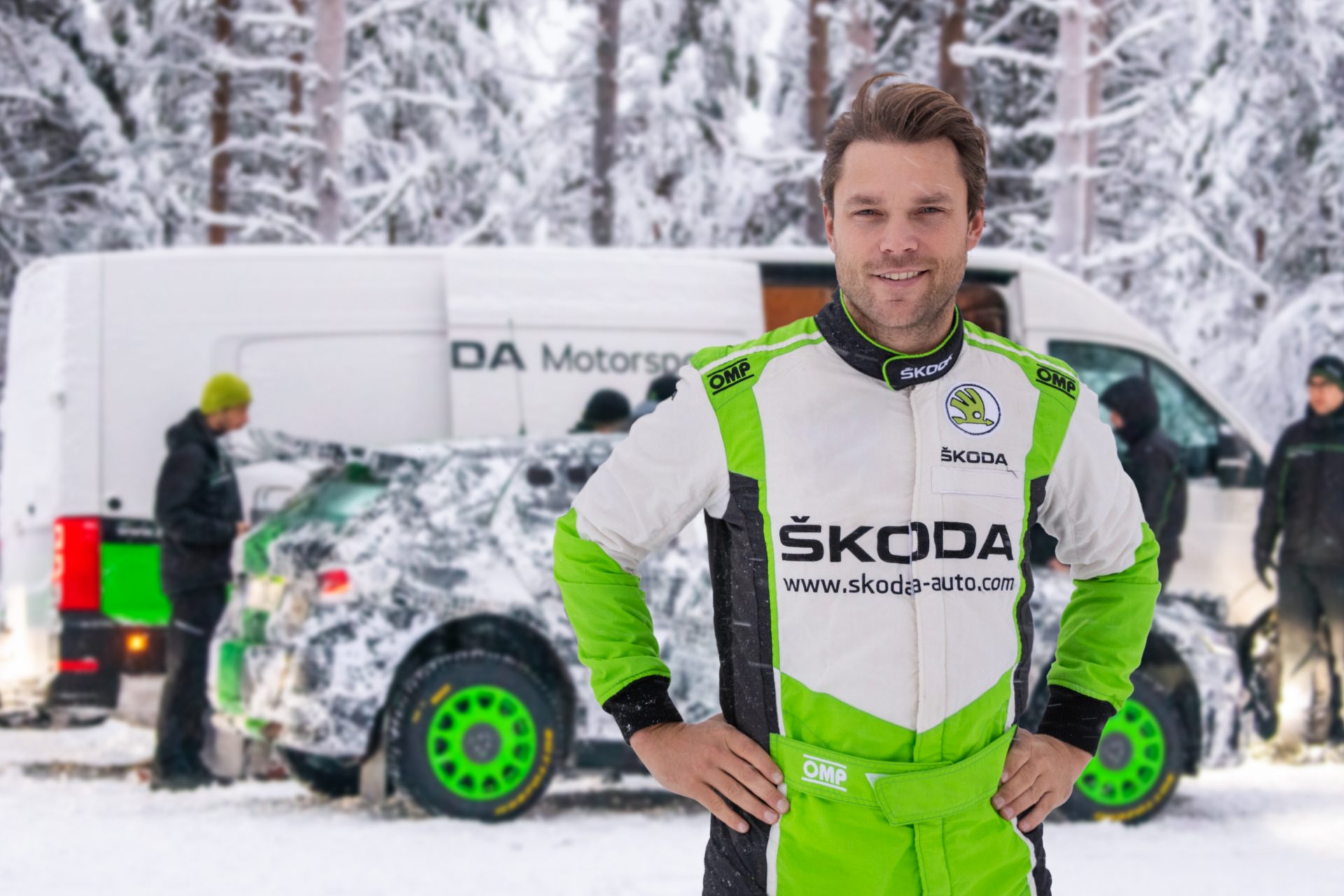 ŠKODA Motorsport customer teams worldwide and their cars have to face all sorts of weather conditions: heat in Africa, heavy rains in Asia, freezing cold in northern Scandinavia. Due to the regulations, category Rally2 cars like the ŠKODA FABIA Rally2 evo have to withstand these conditions with limited technical adaptions only.

“That’s why we test the new generation ŠKODA FABIA Rally2 on as many surfaces and in as many conditions as possible. So, nothing surprises our customer teams, once the car enters competition.”

With test sessions on all types of tarmac roads and gravel tracks already done, Krasula and his crew headed to the extreme winter of northern Finland.

During the five day test, temperatures above the Arctic Circle fell as low as minus 14 Centigrade. Three experienced drivers took turns at the wheel of the ŠKODA FABIA Rally2 development car: reigning WRC2 Champion and FIA European Rally Champion Andreas Mikkelsen from Norway, five times WRC winner Kris Meeke from Northern Ireland and reigning Finnish Rally Champion Emil Lindholm. They drove the new generation ŠKODA FABIA Rally2 for the very first time on tyres equipped with the aggressive studs typically for Scandinavia. “The goal was not only to test the durability and performance of for example chassis parts and powertrain components under these harsh winter conditions,” Krasula reflects. “Also, we have to make sure, that the crew finds an acceptable comfort level inside the cockpit when it’s freezing outside. For example, the windscreen must not fog up and the onboard temperature must not fall below a certain level.”

After trying various solutions, ŠKODA Motorsport’s technicians as well as the test drivers were happy with the progress.

“I already had a very good feeling with the new generation car on asphalt and gravel. After the recent test, I can confirm that for snow. I feel very, very good in the car. We are definitely on the right track with the development of new generation ŠKODA FABIA Rally2.”

“The whole test went as planned. We have made further progress and once more gained important insights. The ŠKODA Motorsport engineers have been trying different technical configurations. I really enjoyed driving the new generation ŠKODA FABIA Rally2.”