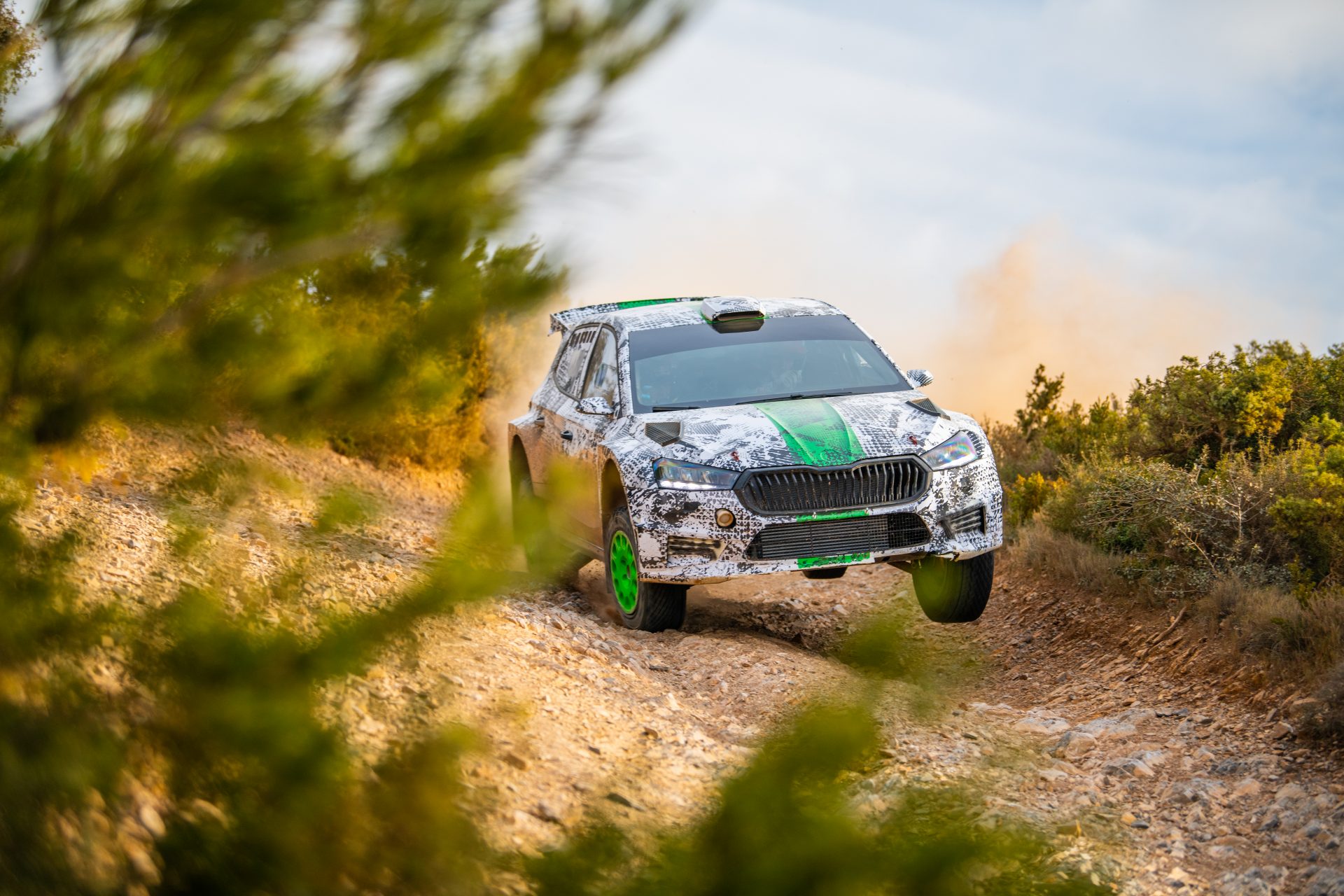 Next level of safety

Engineers not often have the chance to develop a racing car from scratch. With the new generation ŠKODA FABIA Rally2, exactly this opportunity came for the development team of ŠKODA Motorsport. The change to Volkswagen Group’s Modular Transverse Matrix MQB-A0 platform gave the engineers the opportunity to further improve the already highly efficient safety structure of the most successful car of the Rally2 group. 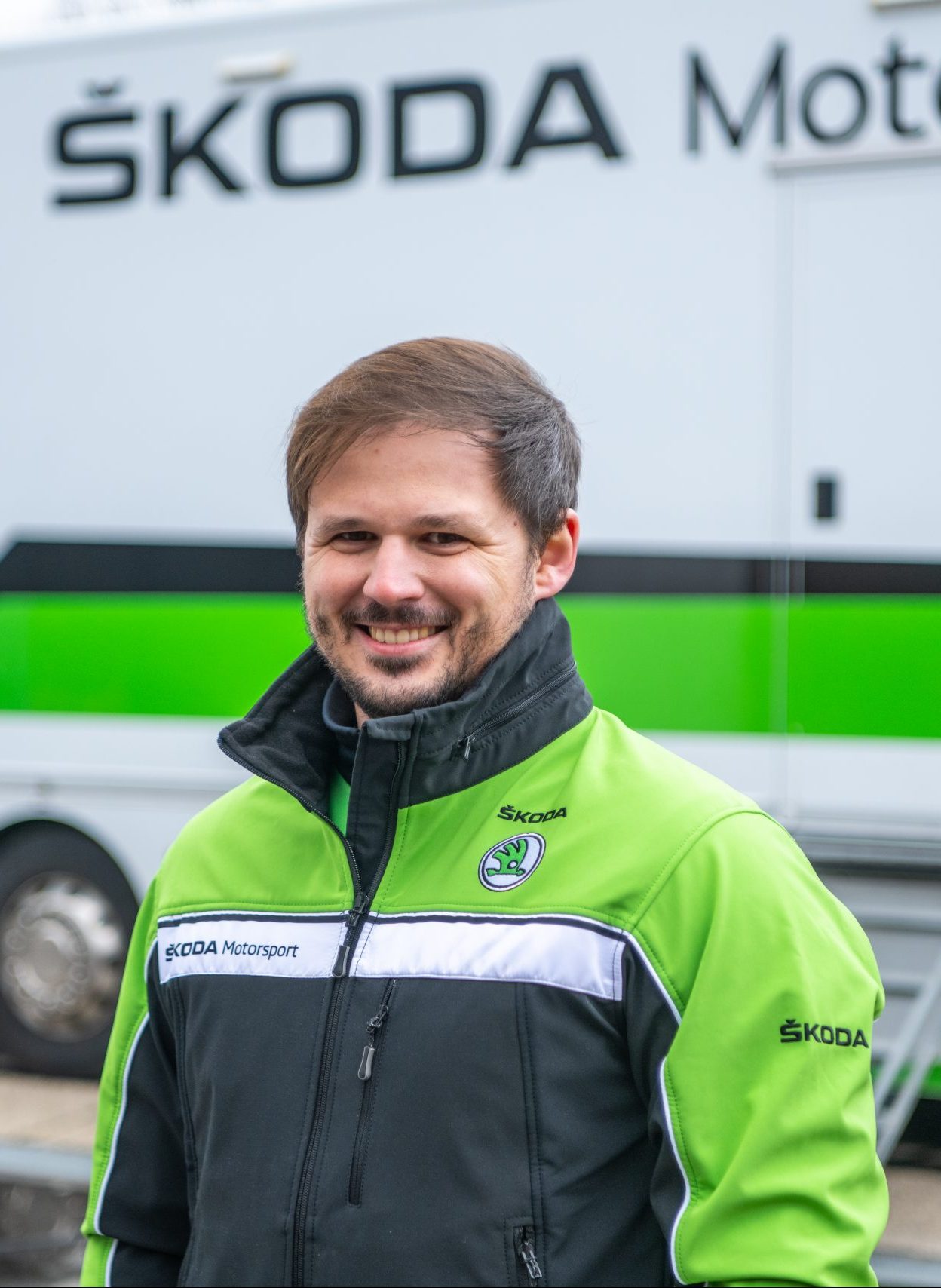 „The analysis of these accidents gave us vital data to move the safety standards of the new generation ŠKODA FABIA Rally2 even further.“
Tomáš Karniš, safety engineer at ŠKODA Motorsport.

We aligned this data with other experience gathered with the current rally car and redefined the load cases for the new generation ŠKODA FABIA Rally2’s bodyshell,” continues Karniš.

The team of engineers made several loops of computer simulations using the Finite Element Method (FEM). This approach, simply said, allows to simulate the behaviour of complex systems by the decomposition to a huge number of simple elements with known properties. Their relations are driven by equations. “The calculations were followed by extensive testing on asphalt and gravel roads to validate the result of the simulation,” adds Karniš.

The FABIA rally version’s roll cage consists of more than 35 metres of high-strength chrome-molybdenum tubes. “Our technicians apply an inventive way of building this part of the car: The safety cell is hand-welded by certified experts onto the bare platform during construction – before the side parts and the roof are added. This method guarantees higher accuracy as well as better tube connections and body shape copying,” describes Tomáš Karniš.

While all aspects of the safety structure of the new generation ŠKODA FABIA Rally2 have been improved, the main goal was to significantly increase side impact safety. To meet this target, the engineers at ŠKODA Motorsport worked on three areas: seat mountings, roll cage door cross and door panels. The left and the right side of the new generation ŠKODA FABIA Rally2 are connected by the structure of the seat holders and an additional rail. Thus, the forces of a side impact are better transferred from one side of the car to the other. “This reduces deformation of the bodyshell and the roll cage. We surpass the FIA requirements also in this area,” comments Karniš. Additionally, the new generation ŠKODA FABIA Rally2 features massive gussets in the roll cage’s door crosses, which give further protection against lateral forces.

The inner door skins of a Rally2 car have to be filled with energy absorbing foam. “The padding of the new generation ŠKODA FABIA Rally2 exceeds the FIA mandated volume in this area as well,” says Tomáš Karniš. Additionally, six layers of carbon fibre and Kevlar seal the foam in the direction of the cockpit to protect the crew from sharp fragments.

Apart from that, the seatbelt mounting system has been improved as well. An additional roll cage tube on each side of the car has been added to further improve the strength and stiffness of the shoulder straps mounting points. Finally, driver and co-driver onboard the new generation ŠKODA FABIA Rally2 can count on a proven fire extinguishing system, which combines an automatic unit featuring foam spraying nozzles in both cockpit and engine compartment with hand-held fire extinguishers.

One welcome side aspect of the further improved safety structure is increased durability of the bodyshell, which translates into reduced running costs for the ŠKODA Motorsport customer teams.

“The durability of the newly developed bodyshell is on a different level compared to our current rally car.”
Tomáš Karniš, safety engineer at ŠKODA Motorsport.