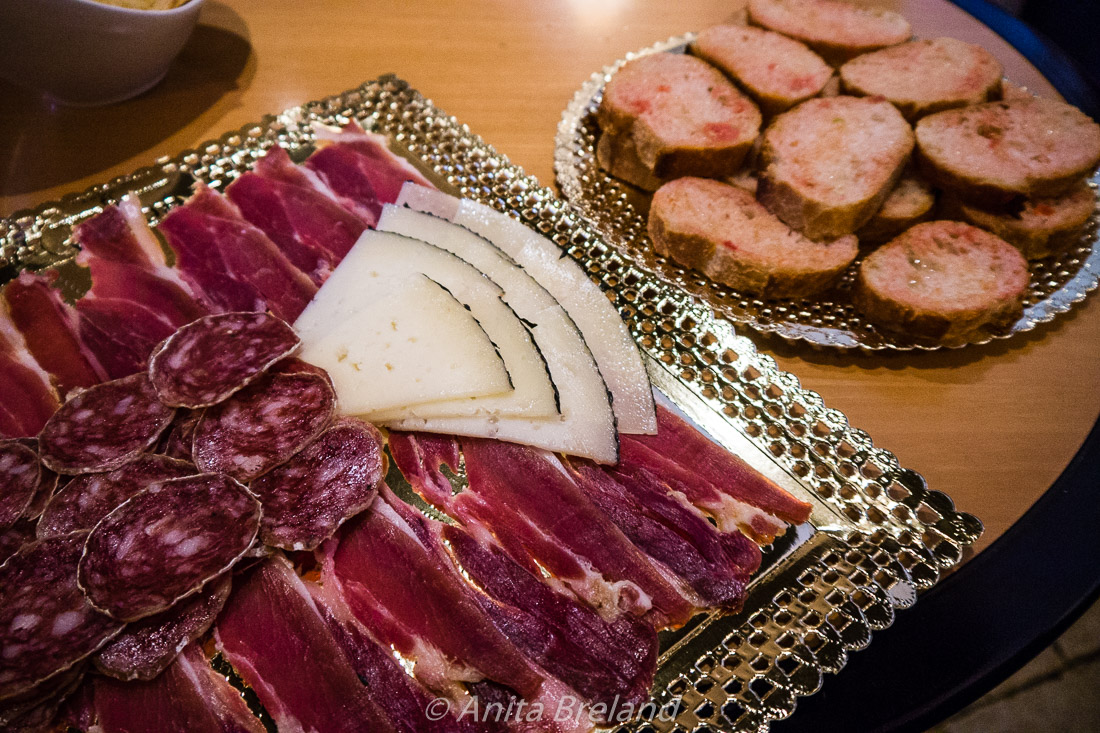 Not Your Typical Spanish Cuisine | Eating at Rally Catalunya

Catalonia, a beautiful region in the north-eastern corner of Spain hosts a unique stop in the WRC 2 rally calendar as the only mixed surface event of the season. Catalan cuisine is also unique and quite different from the rest of Spain. Let’s look at some tasty meals you should try if you come as a spectator or driver.

Catalans are very proud of their region and their language, history, culture, and of course cuisine too. You won’t find many tapas, paellas, gazpacho soups, or any other typically Spanish meals here. But you will also not miss any of them if you try the local specialities. Catalans make some really tasty, nutritious, and healthy foods.

Cod, or bacallà in Spanish, is one of the most popular fish in Catalan cuisine. You will find it in the Catalan version of Ceviche called Esqueixada de bacallà which is a great summer meal. In the colder months you can eat it cooked as Bacallà amb samfaina accompanied with a sauce made from onion, garlic and tomatoes. Both alternatives are really nutritious with fresh cod delivering protein and healthy fats, and vegetables supplying vitamins and fibre. It’s a great choice for those trying to maintain race weight.

If you’re a fan of meat rather than fish then Fricandó can be a great autumn meal for you. It consists of veal slices cooked in a rich sauce with seasonal mushrooms. In autumn, Barcelona markets get flooded with a wide selection of edible mushrooms so it’s the best time to enjoy some filling roast style dishes.

If you can’t decide between fish and meat, go for Mandonguilles amb sípia which combines both meat and sea food. If you prefer chicken and lobster over beef and sepia, then try the pollastre amb llagosta variety. This combination, often referred to as mar i muntanya, sea and mountain, is very popular in this region so, whichever version of this Catalan style “surf & turf” you choose you won’t regret it.

For those looking to try something unusual, Cargols a la llauna is the clear choice as it includes snails, one of the region’s traditional delicacies. Snails are barbecued in a tin tray called llauna and served with a spicy sauce or vinaigrette. Snails are an excellent source of omega-3 fats that are great for brain and heart health and help with recovery from exercise, so don’t hesitate to give them a go.

I love cargols! Snails from the a la carte menu. Finally pulled myself away from the fantastic tapes at Txalaka. #txalakagirona #cargolsalallauna #snails

Calçots with a romesco sauce is something vegetarians shouldn’t miss. Calçots are a type of long stemmed green onions grown in Catalonia which are barbecued on an open fire. The romesco sauce is made with grilled red peppers and tomatoes, with toasted almonds and hazelnuts as the main ingredients. This is a typical winter meal so if you visit any time between December and March you will enjoy this nutritious and tasty dish at its freshest.

Escudella i carn d’olla is rumoured to be the first documented soup in Europe because a 14th century Catalan writer Francesc Eiximenis claimed it to be a local staple. Escudella consists of a broth made from pieces of meat and seasonal vegetables such as carrots, celery or cabbage, and a large meatball known as the pilota which is cooked in the broth. If you’re looking for a dish with a long history then you can’t do much better than this nutritious and filling soup.

Spain is famous for its cured hams, jamón, and the Catalan region has its own special varieties. Fuet, a long thin sausage of dried cured pork wrapped in gut, is probably the most distinct one. There’s also a more peppery and even dried alternative called secallona that’s worth noting. Alternatively, you can go for fresher meat in a form of botifarra negra, blanca, or d’ou. These cured meats might be some of the best you will ever try so just keep in mind that a healthy diet probably should include other sources of protein too.