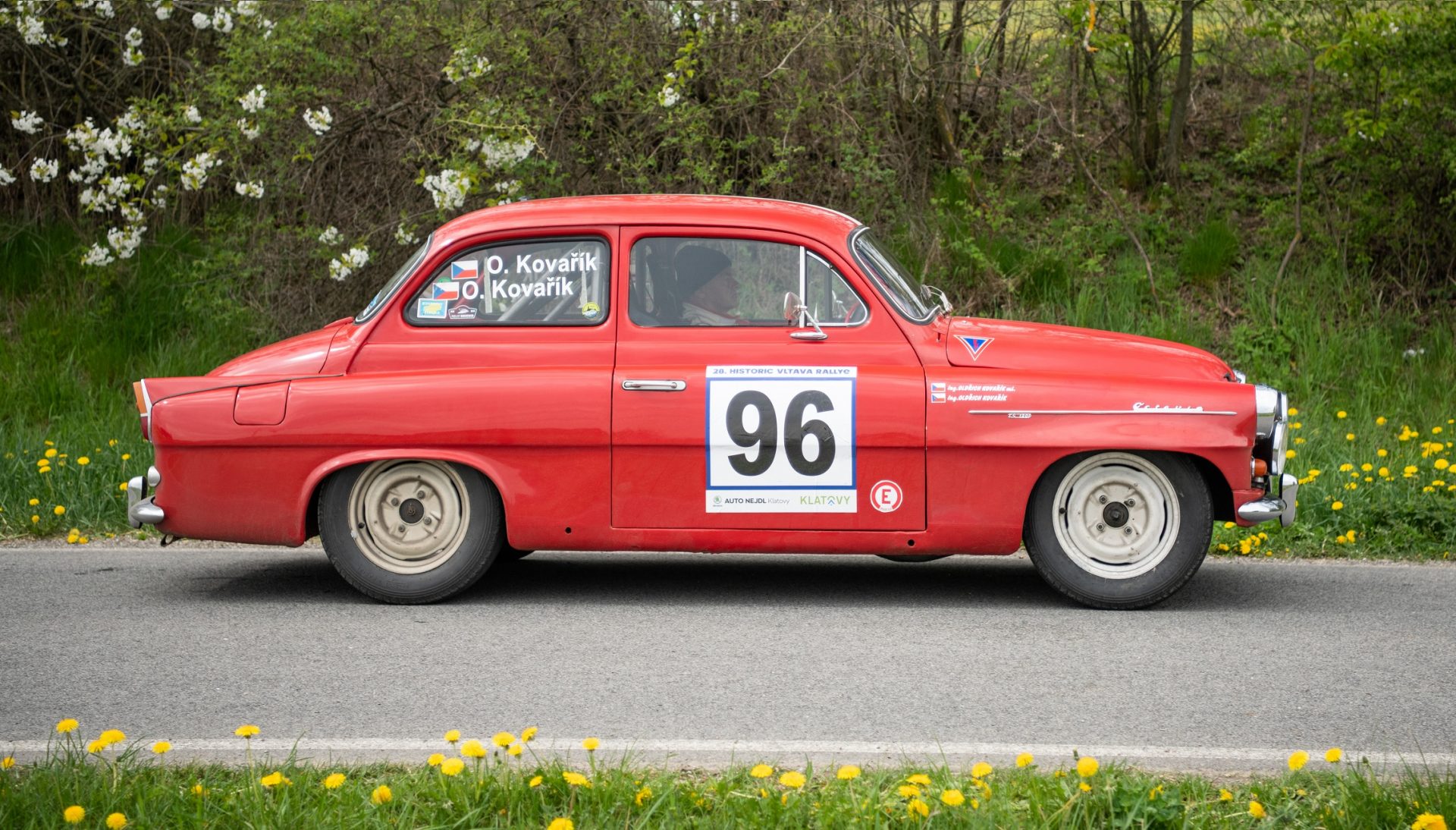 In just a couple of weeks, ŠKODA Motorsport will deliver the first ŠKODA FABIA R5 evo to a customer team. Since the 1960s, these private teams have been a key part of ŠKODA’s success in motorsport. They first started to collect laurels with the original OCTAVIA Touring Sport.

The 1960s were a very interesting time for motorsport. The long rallies were true tests of both the cars and the crews, and the ever faster cars offered an attractive show to the spectators. At the same time, rallying wasn’t as expensive as it became in later years, so many teams prepared their own cars. You just needed a good base, such as the ŠKODA OCTAVIA TS, introduced in the 1960s as a sporty version of the new OCTAVIA saloon.

A surprise from Czechoslovakia

Compared to the standard car, the Touring Sport had several important upgrades, the most important of which was fitting the engine with dual carburettors. Together with a compression ratio increased from 7:1 to 8.4:1, this helped increase the power by 10 horsepower to 50 PS, with a torque of 74.5 Nm. This, though, was just the “civilian”, production version of the car. A good engine tuner could muster a lot more power from the engine – sometimes close to 100 PS.

The 15” wheels were shod with Barum tyres, or studded Michelins for ice and snow stages. Together with the low weight of 920 kilograms and independent suspension both front and rear, the OCTAVIA Touring Sport was unusually agile. Right from its very first outings, it proved itself to be a strong competitor in the 1,300 cc class. This was noticed not only by young Scandinavians, but also by teams from Austria, Poland and Greece. Their courageous decision to use relatively cheap machine from behind the Iron Curtain turned out to be a great choice.

ŠKODA among the best

The biggest successes of the OCTAVIA TS in hands of private teams came at Rallye Monte Carlo and The Rally of the Thousand Lakes. In 1961, the Finnish crew Keinänen – Eklund took sixth place overall and won their class at Rally Monte Carlo. In 1962, sixteen crews from eight countries entered Monaco’s rally in ŠKODA OCTAVIAs. Just like in the previous year, Esko Keinänen was predominant in his class and finished first, in front of four Alfa Romeos. Next, he scored another great result at Finland’s snowy rallye – fourth place overall.

However, the biggest success was yet to come. It was at The Rally of the Thousand Lakes, where Keinänen triumphed over all of his competitors, except for Toivonen in a Citroën DS19, and earned silver overall, completely dominating his class. In 1963, the streak of successes for the OCTAVIA Touring Sport continued. It once again won its class, this time in the hands of the Norwegian crew Gjölberg – Karlan. The light, agile car continued to rack up successes in the following years. It reigned supreme, especially at the challenging Rallye Monte Carlo, where it came first in its class for three times in a row.

The successes of customer teams and private drivers continue, more than half a century later, with the current ŠKODA FABIA R5. Its popularity and regular success make it the most successful car in the RC2 class. Customers like it not only for its durability, reliability and speed, but also for the care that the ŠKODA Motorsport customer programme offers to its clients. They can always be sure of the availability and high quality of spare parts whenever they are needed. Also included is extensive, professional technical support.

Those are the reasons why the popularity of this rally car keeps increasing. Overall, more than 270 cars have been sold and the production capacity of the revised FABIA R5 evo is already sold out for the 2019 season.