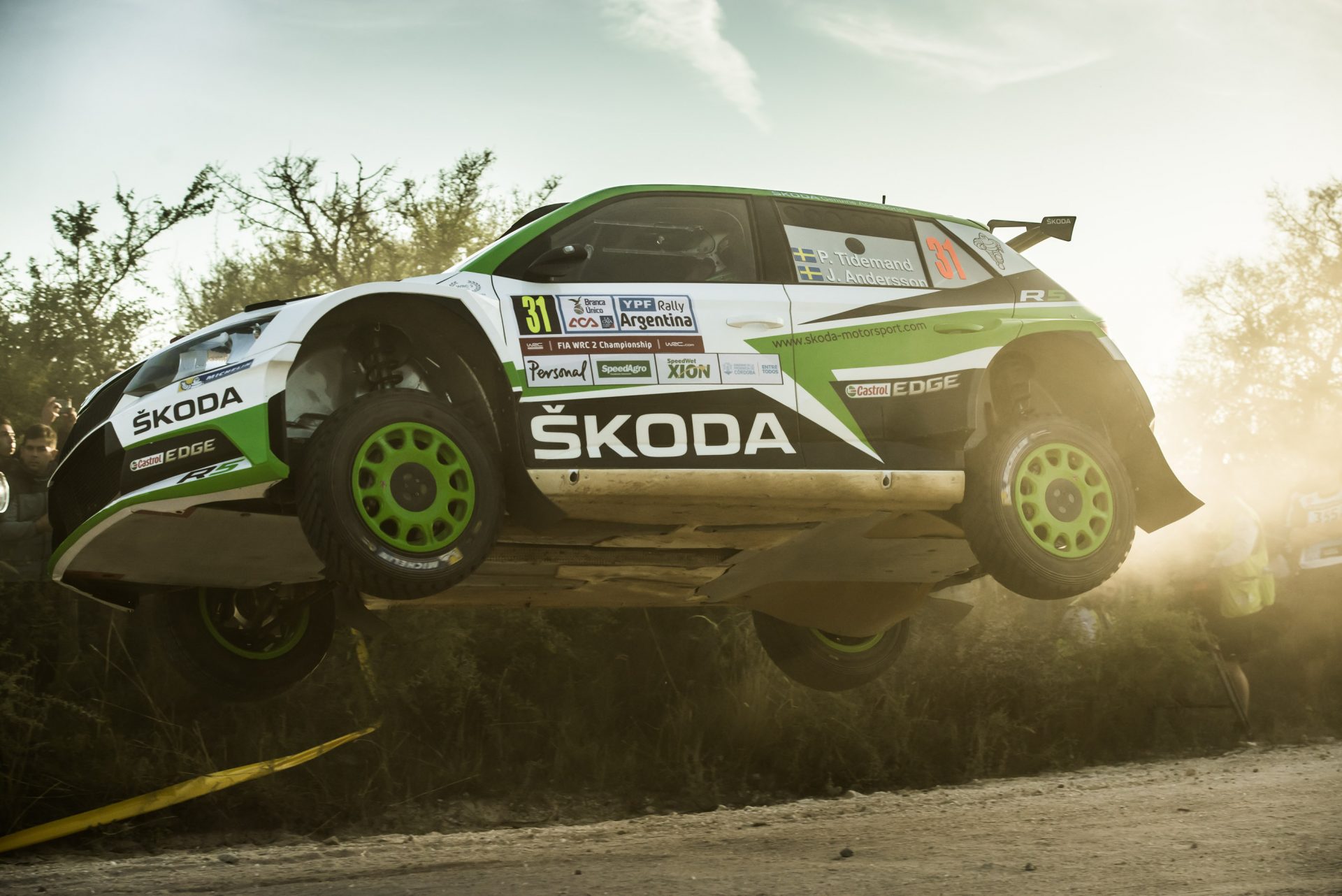 After dominating the shakedown and Stage 1 on Thursday, our factory crews were keen to keep up the pace in the second day of the rally. And, after a dramatic start to the day, they succeeded.

When the rally moved to the gravel roads of the Argentinian pampas on Friday morning, Pontus Tidemand moved into the lead with the fastest time. Kalle Rovanperä, however, had a bit of a dramatic moment that cost him valuable seconds. Let him describe his mishap  in his own words:

“There was a lot of dust, and at a junction we missed a corner and slid off the track. A wire from a fence cut the roof vent off the car, leaving a hole in the roof. My co-driver Jonne had to hold one hand up to keep the debris from coming into the car, while holding his pace note book in the other hand and still giving me directions”, Kalle said.

Not put off by this little adventure, the young Finnish crew continued to push on and managed to finish the stage in 5thplace, after losing a minute and a half. This put them in the 4thposition overall, behind Pontus and two Fords.

Their response was to push even harder. After winning the next two stages, they had moved up to 2ndplace. That wasn’t the end of the bad luck for the factory ŠKODAs, though. In Stage 7, it was Pontus’ turn to cope with some drama. “I got a slow puncture on the front left wheel of my ŠKODA FABIA R5 just a few kilometres from the end of the stage”, the Swede told us. Even so, he managed to finish second behind Kalle and ended the day by winning the last stage, keeping the overall lead but with his Finnish teammate a close behind.

These two weren’t the only familiar faces in Rally Argentina. O. C. Veiby, who usually competes in a works car, was behind the wheel of a customer FABIA R5. He wasn’t registered to run for points in WRC2, but he posted the third best time in the class. This means a 1-2-3 for ŠKODA among the R5 cars, with Alejandro Cancio in 5th.

ŠKODA Motorsport boss Michal Hrabánek also commented on the results: “Once again, it was a very successful day for ŠKODA. Pontus and Kalle are really fast on the tough gravel roads. However, I’m sure they know that they have to avoid unnecessary risks. It is still a long way to go. And O.C. Veiby who, like Kalle, is competing in Argentina for the first time, delivered a great performance!”