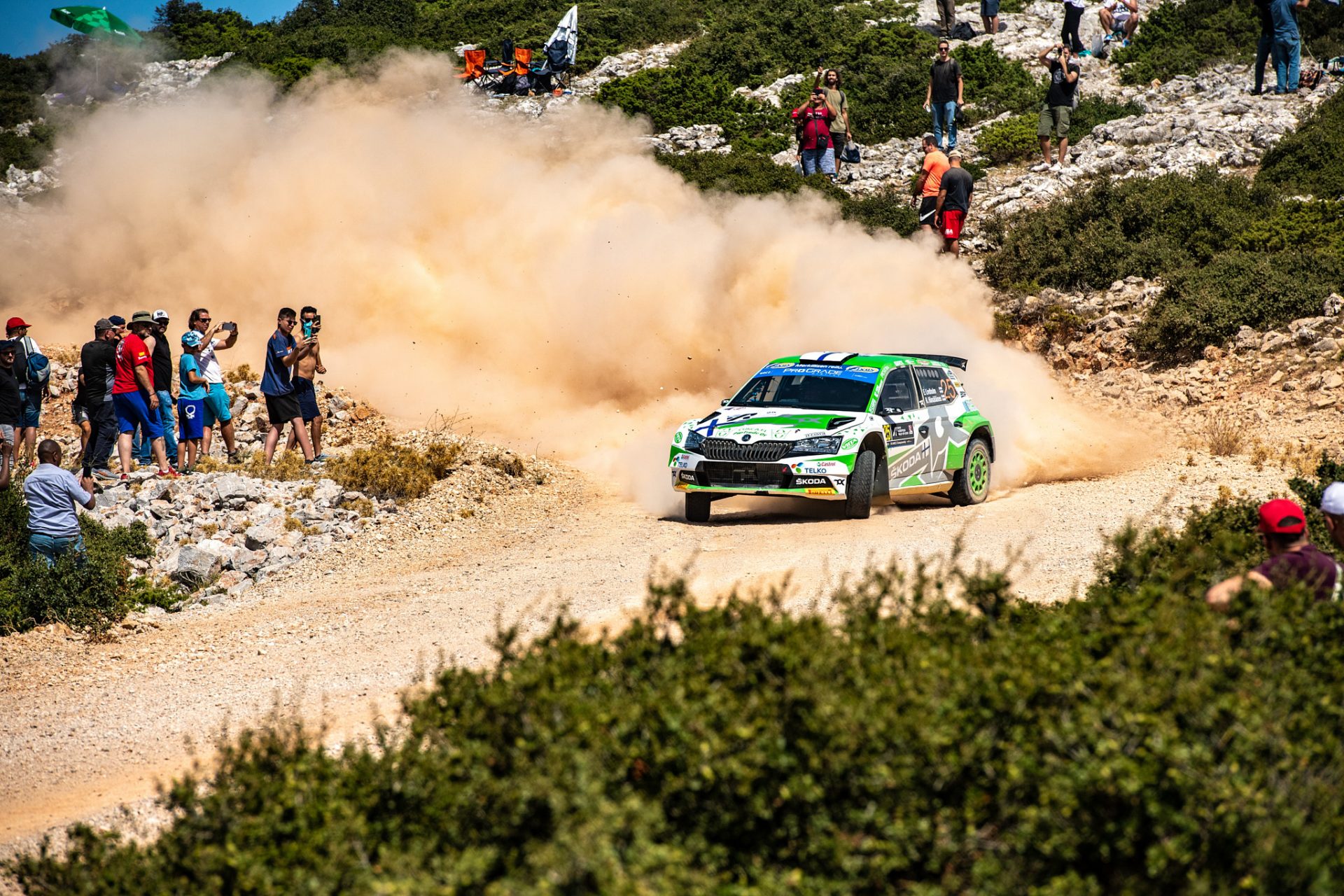 Rally of the Gods I Acropolis Rally Greece

Acropolis is one of the most challenging events of the entire championship. The twisting gravel roads combined with high temperatures and choking dust present a fierce challenge for both the machinery and the crews. For the overall WRC2 Open category standings, this year's event has been extremely exciting.

The legendary Greek rally returned to the World Rally Championship calendar last season after an eight-year hiatus. The new stages are smoother but still extremely challenging. The hard gravel surface and sharp rocks, together with the high temperatures, require careful handling not only of the tyres but also of the suspension and brakes, which are extremely stressed by the dusty environment. This keeps the mechanics at the service 220 km north of Athens busy after every stage.

The Mikkelsen/Eriksen crew arrived in Greece with the clear objective of maximising their points haul and increasing their lead in the championship standings ahead of the last three rounds. But the drama began at the first stage inside the Olympic Stadium in Athens. On the 1.95km long track, the Norwegians lost a wheel after hitting a concrete barrier and ended the first day of competition in 66th place with a 10-minute penalty. For Andreas Mikkelsen, it looked like the end of all hope. However, the Norwegian champion showed that it certainly doesn't pay to give up in motorsport.

For the rest of the competition, the Norwegians were literally flying around the track. They won 11 of the 15 stages and showed the beauty of the sport. Their performance must have grabbed the heart of every rally fan. They even won six stages by more than 10 seconds! After this incredible pursuit, they took the final seventh place in the WRC2 Open category. After Mikkelsen's accident, another TOKSPORT WRT driver, Finn Emil Lindholm, also in a ŠKODA FABIA Rally2 evo, took the lead. Lindholm held the lead throughout the event by 36.1 seconds and followed up his last victory in Finland.

"We won this rally at our pace and I'm honestly very happy. Coming here I knew it could be a good rally for us. There are always question marks and a lot of risks, but in the end we did great." Lindholm commented on his victory. Two more crews with ŠKODA FABIA Rally2 evo cars were in the top five of the standings.