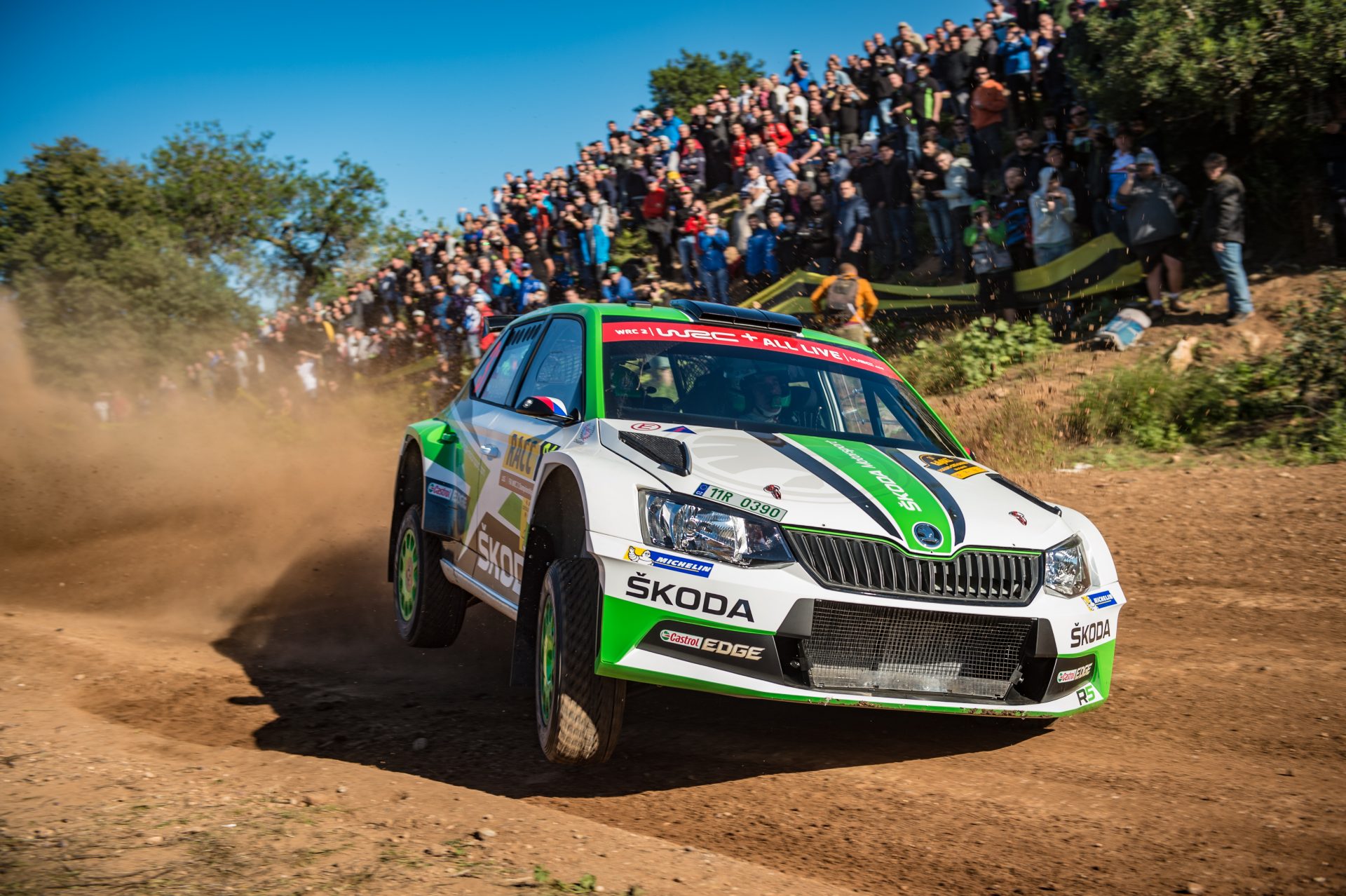 What do you do when you have already won and there’s nothing else to gain? If you’re a rally driver, you go flat out. Flat out because you know no other way. Flat out for respect and honour. Flat out to finish the season on a high note. Flat out because that’s what rallying is all about.

That’s exactly what Jan Kopecký did at 2018 RallyRACC Catalunya. With five victories out of five starts in the 2018 WRC 2 season, he was unbeatable in overall standings and certain to become the 2018 FIA WRC 2 Champion*. He could just take it easy – or maybe not even come at all. And when the rain came and a bit too confident choice of tyres cost him valuable time, nothing would be easier than giving up.

The thing is, Jan is a rally driver. And he decided to fight, to go flat out until the end. After falling back to 6th place, he crawled his way back up through the leaderboard. In the Sunday’s leg of the rally, it was just him and his teammate Kalle Rovanperä battling for the lead. In the end, Jan lost and finished second, the first time this year he entered a rally and didn’t win.

It was a real-life example of motorsport spirit. Giving your best not only when you can gain points you need, when there are places to gain and titles to win. Driving flat out just because it’s the right way to do it. In the end, Jan celebrated his title and his country’s 100th anniversary in the best way he could.

And Kalle Rovanperä? The young driver – he only celebrated his 18thbirthday last month, just before Wales Rally GB – scored the second WRC 2 victory of his career. And second in a row. And second in October. To do it, he had to beat two WRC 2 Champions – Jan Kopecký* and Pontus Tidemand who won the title last year.

He also had to beat the weather, when the rain started in the Spain’s second leg. Did we mention he never drove a rally on wet tarmac before, and still managed to beat not only his teammate, but also rallying legend Peter Solberg and his teammate Eric Camilli on brand-new and very fast Volkswagen Polo GTI R5s?

We are still in awe after what we saw this weekend. And if you want to relive the glorious moments with us, watch our new video that sums up the experience that finished the best season in history of ŠKODA Motorsport and took the team to an unprecedented 1-2-3 victory* in the overall standings.