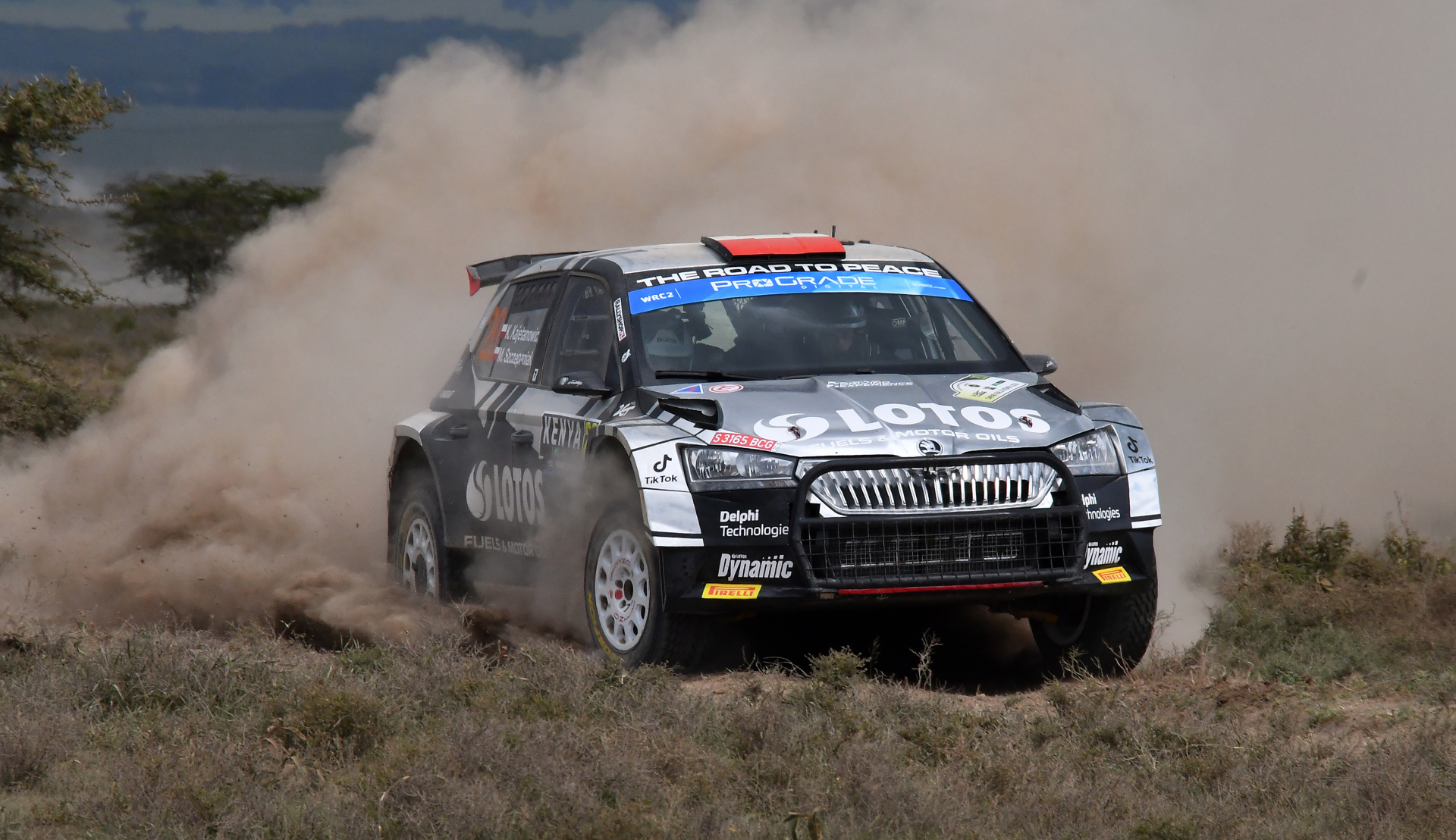 Naivasha (KEN), 26 June 2022 – Safari Rally Kenya, sixth round of the FIA World Rally Championship, lived up to its reputation. Of eight WRC2 crews at the start, only four made it to the finish. Victory went to Kajetan Kajetanowicz/Maciej Szczepaniak (ŠKODA FABIA Rally2 evo) from Poland. With his first WRC2 win of the season, Kajetanowicz also took over the lead in the WRC2 overall standings.

Roughly 360 kilometres of stages in the Lake Naivasha area, some 100 kilometres north of the country’s capitol Nairobi, tested men and machines to the extreme. Knee-deep powdery sand, locally known as fesh-fesh, made the drivers sometimes lose orientation mid-stage. Big rocks in the middle of the road constantly posed the danger of punctures. On top of that, heavy rains in the afternoon of the second leg on Saturday added aquaplaning and mud with ice-like traction to the challenge.

“I have never experienced such conditions in my career,” Kajetan Kajetanowicz said already after the shakedown stage. Nevertheless, the Pole at the wheel of the ŠKODA FABIA Rally2 evo didn’t set a foot wrong once the rally had started proper. Navigated by co-driver Maciej Szczepaniak, Kajetanowicz posted fastest WRC2 time on five of the first leg’s seven stages. Even better, the LOTOS Rally Team crew won all of second leg’s six stages. As most of the competitors fell foul to the challenging conditions and had to rely on the re-start rule, the WRC2 lead for Kajetanowicz/ Szczepaniak grew to more than 20 minutes.

During the final leg, “Kajto” concentrated on staying out of trouble. But he didn’t let the three bonus points for the category win on the Powerstage slip through his fingers. With another stage win, he increased his points haul to the maximum of 28. Because the top four of the WRC2 overall standings – before Safari Rally Kenya – were not present, Kajetanowicz jumped to the lead in the category’s overall standings. “It's like a dream and I don't want to wake up. This is the hardest WRC round and it's amazing to win. Thanks to all of my team – they did really good work and it's fantastic,” Kajetanowicz beamed after crossing the finish line of the final stage.

Next on the FIA World Rally Championship calendar is one of the fastest events of the season – Rally Estonia (14-17 July 2022) on the flowing gravel stages in the Tartu area.

Number of the rally: 15
ŠKODA FABIA Rally2 drivers posted fastest WRC2 times on 15 of the rally’s 19 stages. WRC2 winner Kajetan Kajetanowicz (POL) took the laurels 14 times. One WRC2 stage win went to Gaurav Gill from India. He is no newcomer to the Czech brand – Gill won the Asian-Pacific Rally Championship with a ŠKODA FABIA in 2013, 2016 and 2017.