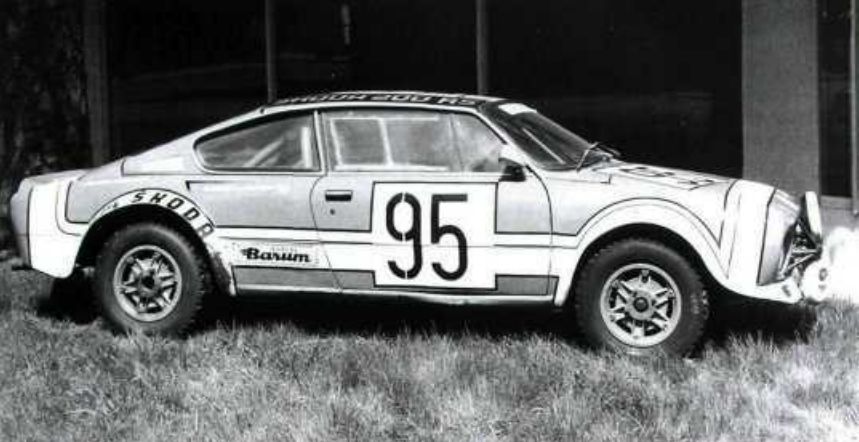 The RS designation, which is an abbreviation of Rally Sport, has celebrated its 45th anniversary. The first ŠKODA cars to ever bear this moniker were the 180 RS and 200 RS competition prototypes. The legendary ŠKODA 130 RS, which managed to collect many laurels both at home and abroad, is probably much more well-known and has gained admiration for its performances, still belonging to the Czech racing cars’ hall of fame. However, the cars that led the way for the 130 RS are often a bit overlooked. We’re here to fix that.

The story begins with the ŠKODA 110 R Coupé, a prototype all-aluminium Š 720 engine which took the modern OHC valvetrain (designed in the late 1960s for a proposed saloon of the same name), the experience developed by building ŠKODA 120 S Rallye competition cars, and a plan to put it all together into one highly functional and competitive whole. The first prototypes with the aforementioned mechanicals appeared in the early 1970s, using the five-speed gearbox from the Tatra 603-2 racecars. These test vehicles inspired the development department to use an IBM computer to perform the computations of stability and axle kinematics for the new generation of the sports coupe.

The machine began to take shape in the early second half of 1973, under the Š 734 internal designation. The necessary computations and project proposal were done fairly quickly, so the engineering itself could begin in October 1973 and production work on the body started in the ŠKODA factory in Kvasiny. The basis for the new car was the Š 110 R Coupé, with its lowered roof and body sides just above the floor. A rollcage was integrated into the basic structure, which not only reinforced the chassis and increased the torsion rigidity, but, most importantly of all, protected the crew in case of collision.

To reduce weight and lower the centre of gravity, the roof of the new coupe was made from aluminium, as was the front bonnet and the outer door skins. The remaining panels and inner parts of the doors were made from the more traditional steel, while the engine cover was fiberglass.

As in the ŠKODA 120 S, the radiator was mounted in the front, with an air-cooling intake in the front fascia. The engine bay was vented by the rear grille and an outlet in front of the more pronounced rear spoiler. The windscreen was made out of traditional laminated safety glass, while the side and rear windows were from plexiglass to further save weight.

The massively flared fenders hid a thoroughly reworked suspension. In front, the engineers used an axle similar to that of the ŠKODA 110, but with elongated and strengthened arms to increase the track, and with the steering modified to fit. The rear wheels were mounted on A-arms with the suspension designed to allow for setting up the toe-in and camber.

Parts from Koni, Girling and Porsche

The suspension of the new racing ŠKODA used traditional coil springs, complemented by custom-made, adjustable Koni Sport telescopic shock absorbers. As the plan was to use powerful engines, capable of reaching speeds over 200 km/h, it was obvious that the stock braking system would not be even remotely sufficient. That’s why renowned British brake manufacturer Girling was invited to cooperate on the development of the new braking system, supplying the front brake rotors, calibers and tandem main vacuum cylinders. Originally, the stock drum brakes from the ŠKODA 110 were used in the rear, but those were later replaced by Girling disc brakes as well.

The Š 720 engine was designed to allow for various displacements, and the racing engineers made a good use of that. The smaller four-cylinder engine had a displacement of 1,772 cc, while the larger one boasted 1,997 cc. The bore remained the same at 87 mm, with the difference being made by the stroke (either 74.5 or 84 mm).

It was the difference in displacements of the engines – which were also fitted with Purolator high-capacity oil filters, Lucas ignitions and dry crankcases – that formed the basis of the new models’ designation. The smaller-engined car, with twin Weber 45 DCOE 2 dual carburettors, produced a maximum output of 154 PS at 6,250 rpm and was called the 180 RS. The two-litre with the oil cooler and an output of 163 PS at 6,000 rpm was the 200 RS.

Overall, three prototypes were made – two 200 RS and one 180 RS. After bad experiences with the Tatra gearbox in the first one, the engineers looked for another alternative. In the end, the Porsche Type 915.003.133 five-speed manual gearbox was selected, fitted with the one-disc Fichtel & Sachs springed clutch.

The result were racing cars which weighed just slightly over 800 kg and were able to achieve speeds of up to 210 km/h on the straights. The cars first saw action on Rally ŠKODA in Mladá Boleslav on 1st June of 1974.