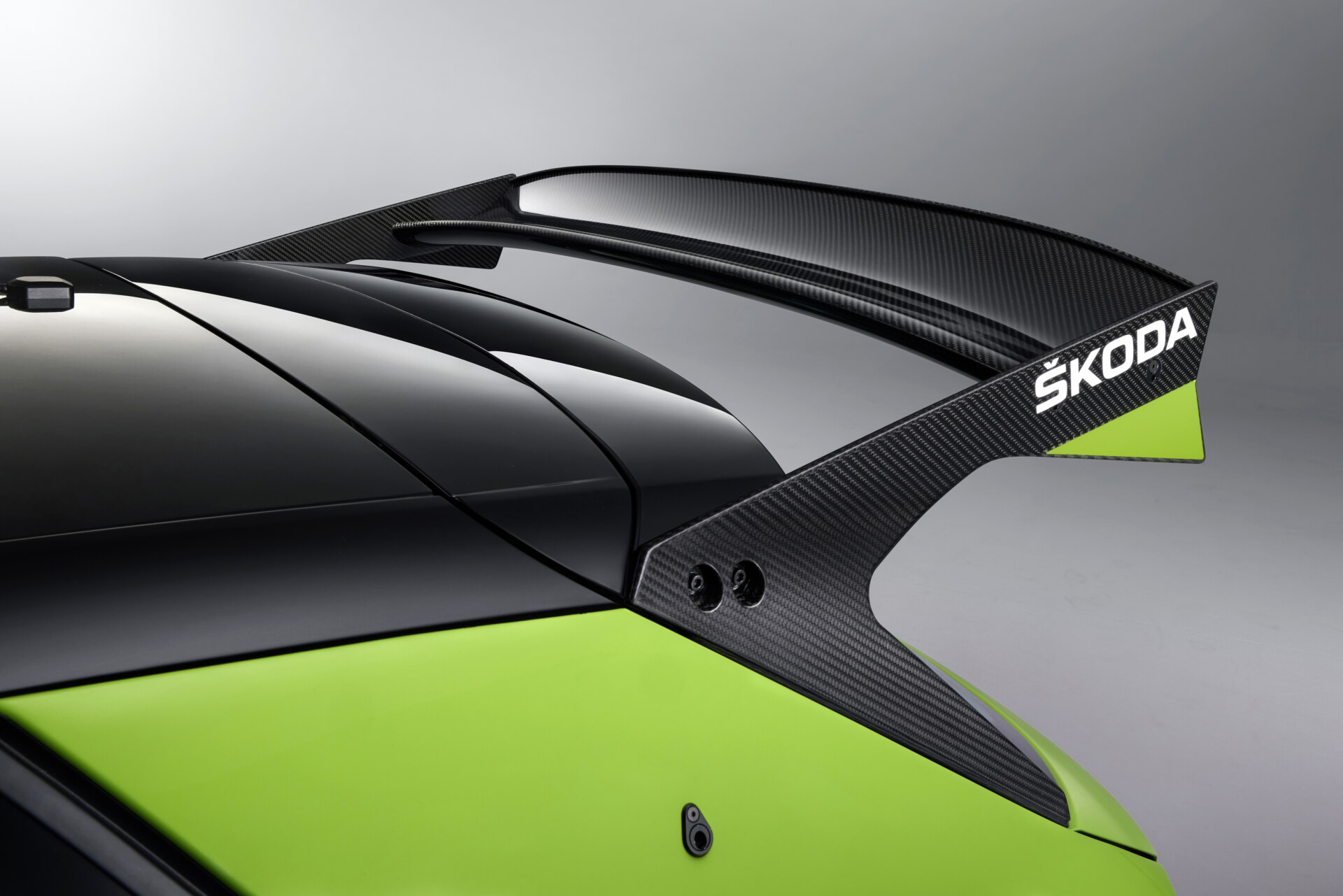 The ŠKODA FABIA RS Rally2 benefits from the superior aerodynamics of the production FABIA, which has the lowest aerodynamic drag coefficient in its class. This is a huge advantage, especially as a competition car in the Rally2 class must be based on a production body. This allowed the engineers to use some of the aerodynamic features of the production model in the development of the rally special.

Aerodynamics was one of the key areas of development. Considerably more attention was paid to it than was the case with the previous ŠKODA FABIA R5/Rally2. And it is thanks to this careful development approach that the team has succeeded, for example, in almost doubling the down force of the rear wing compared to the previous car, which is a huge advantage on the track, enabling higher cornering speeds and better stability.

„The main goal of the development was to increase the down force, but we also increased the overall aerodynamic efficiency of the car.“

Another element used is standard Air Curtains, which channel the airflow through a slit on the side of the bumper and direct the airflow around the front wheels and the side of the body. Combined with the front splitter under the full width of the nose, they effectively improve the overall aerodynamic performance of the front of the car. The splitter also reduces the amount of air flowing under the vehicle and increases its speed. The result is less pressure under the vehicle and therefore increased down force. Another important aerodynamic feature is the new shape of the roof vent (scoop), which optimises the airflow over the roof and better directs it to the rear wing.

Last but not least, aerodynamic elements play an essential role during engine and brake cooling. Two large central air intakes at the front bring fresh air to the top of the engine compartment to the water cooler and to the compressed air intercooler from the turbocharger located below. Hot air is exhausted through vents on the sides of the bonnet. Two inlets in the front bumper and small ventilation ducts also supply cooling air directly to the brake calipers on the front wheels.