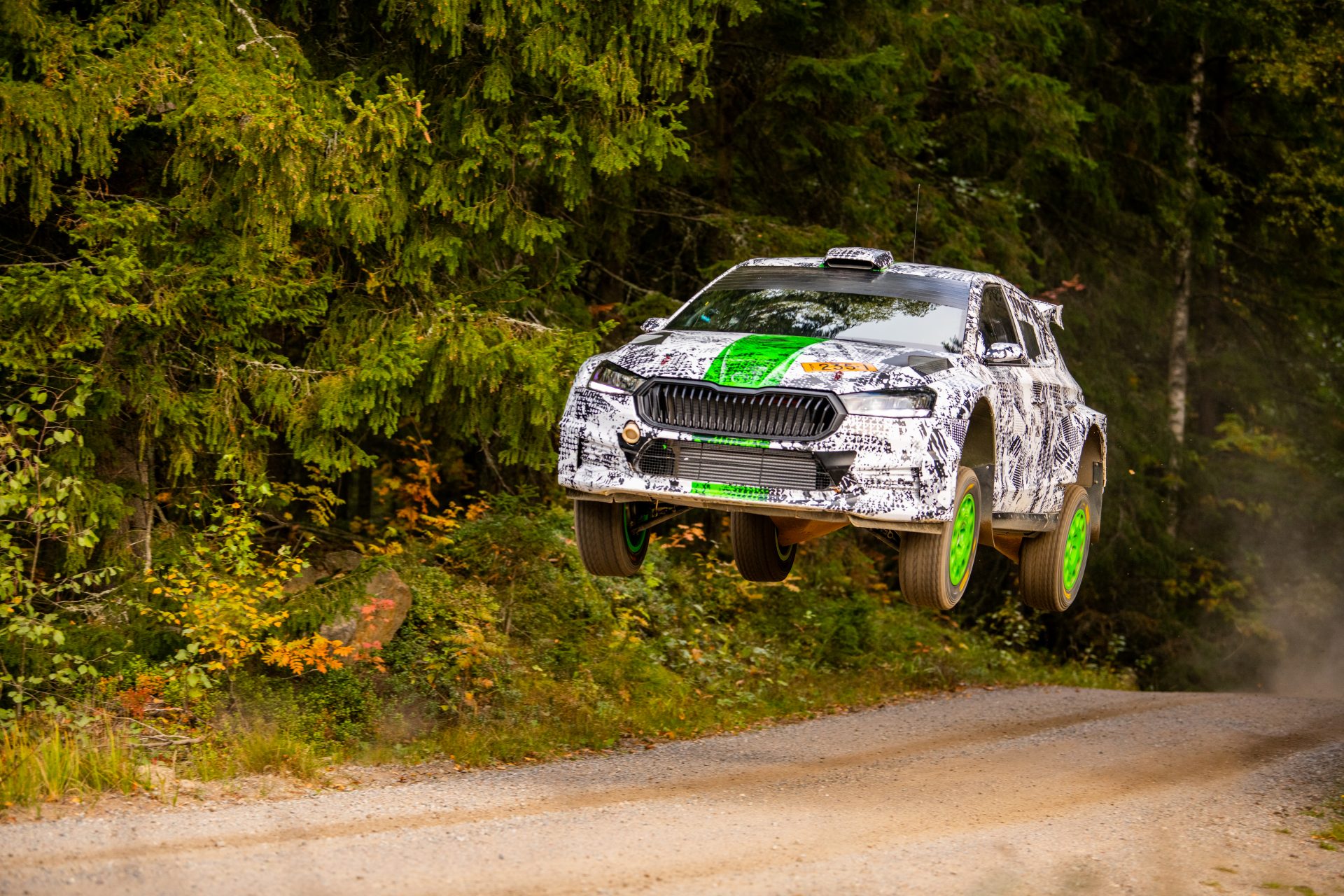 The new chassis of the production FABIA allowed the ŠKODA Motorsport team to optimise the rally special's handling characteristics. Widening the production body by 48 millimetres and extending the wheelbase by 94 millimetres helped to improve the stability, especially at the rear. Other changes from its predecessor include the positioning of the fuel tank and the use of additional space in the engine compartment for a larger intercooler.

The longer wheelbase and overall larger dimensions gave the development team new options for the placement of the car's major components. In order to find the optimum weight distribution, ŠKODA Motorsport engineers developed a unique method that allowed them to change the car's balance during test drives, evaluate different weight distribution solutions and analyse the set-up for all types of test surface.

"To make the most of the new basis, we started the development of the new generation ŠKODA FABIA Rally2 from scratch. This allowed us, for example, to change the location of the fuel tank. In the engine compartment, we used more space between the longitudinal beams. Similarly, we redesigned the gearbox, clutch and flywheel to achieve less inertia and greater efficiency. The new generation ŠKODA FABIA Rally2 has also been given a larger and more efficient intercooler, which would not fit under the bonnet of the previous car," summarised Jan Krasula, project manager for the development of the ŠKODA FABIA RS Rally2.

The excellent balance of the car is also praised by the drivers. Emil Lindholm, Finnish Rallye Champion 2021, says after thoroughly testing the development car, "The new generation of the ŠKODA FABIA Rally2 is very well balanced. Thanks to the longer wheelbase, the car is a bit quieter and the rear is more stable." Andreas Mikkelsen, who won the WRC2 category of the FIA World Rally Championship and the European Championship title in 2021 behind the wheel of the ŠKODA FABIA Rally2 evo, agrees: "The balance of the car is really, really nice. The improved stability gives me a lot of confidence, even in jumps."