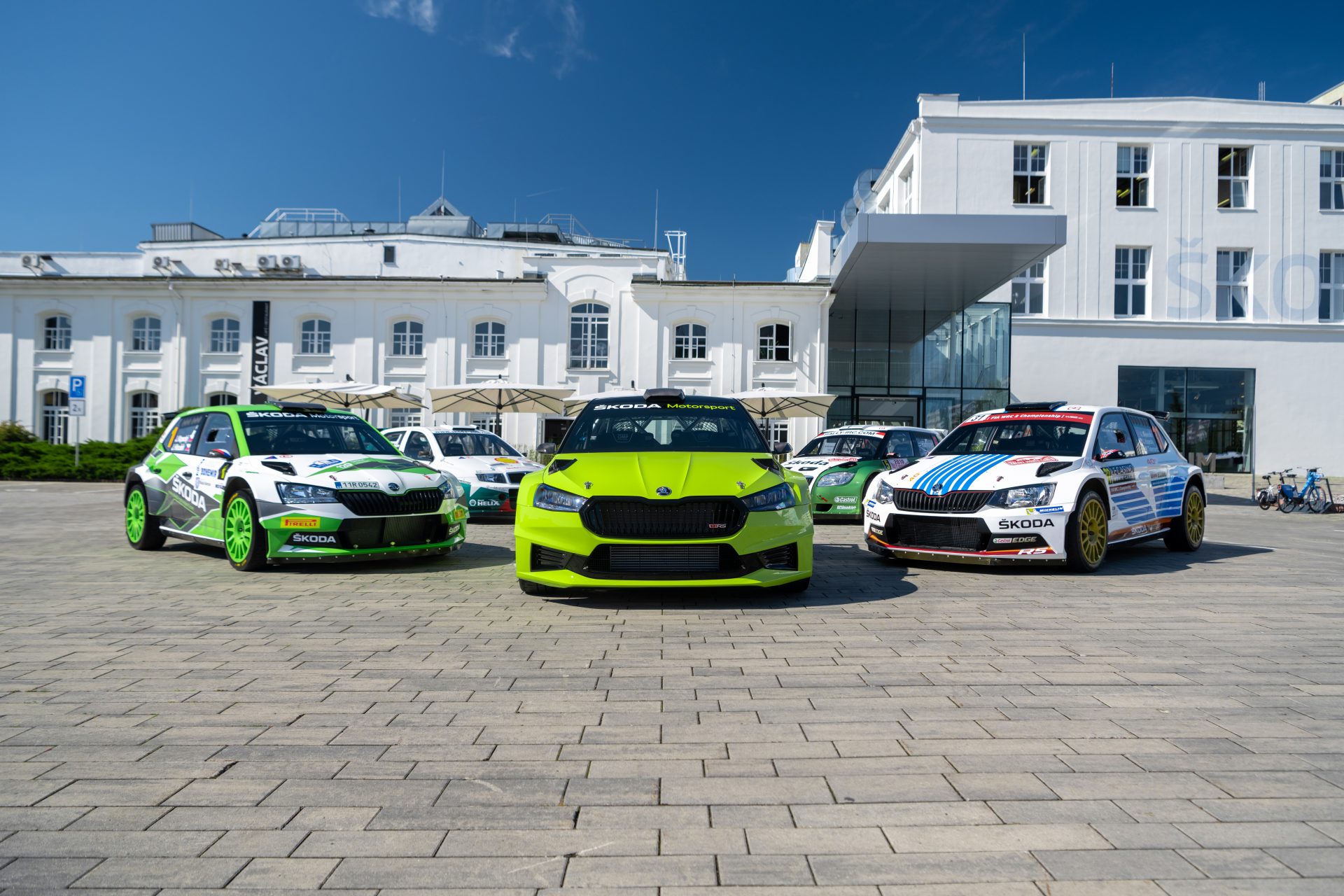 There is no driver in the world who has as much experience with Škoda Fabias as Jan Kopecký. How does he rate all the generations from WRC to S2000 to the upcoming RS Rally2?

Fabia WRC: A naughty beauty
First of all, I have to mention the Octavia WRC, which was the first car I drove in my early days with Škoda Motorsport. The Octavia was a bit cumbersome, but the later versions were already fine-tuned, especially in terms of reliability. Then came the Fabia. It was definitely a more precise car to drive because it didn't have the long front and rear overhands like the Octavia. What was great was the engine, which had power and lots of torque in the lower end of the rev range. I remember that it took off beautifully around corners. When it was set up properly, especially on tarmac, it worked brilliantly and followed every steering wheel command precisely. In 2004, we won the Barum Rally with it over the Focus WRC by almost four minutes! That was great. The Fabia really had the power, but unfortunately it lacked reliability. 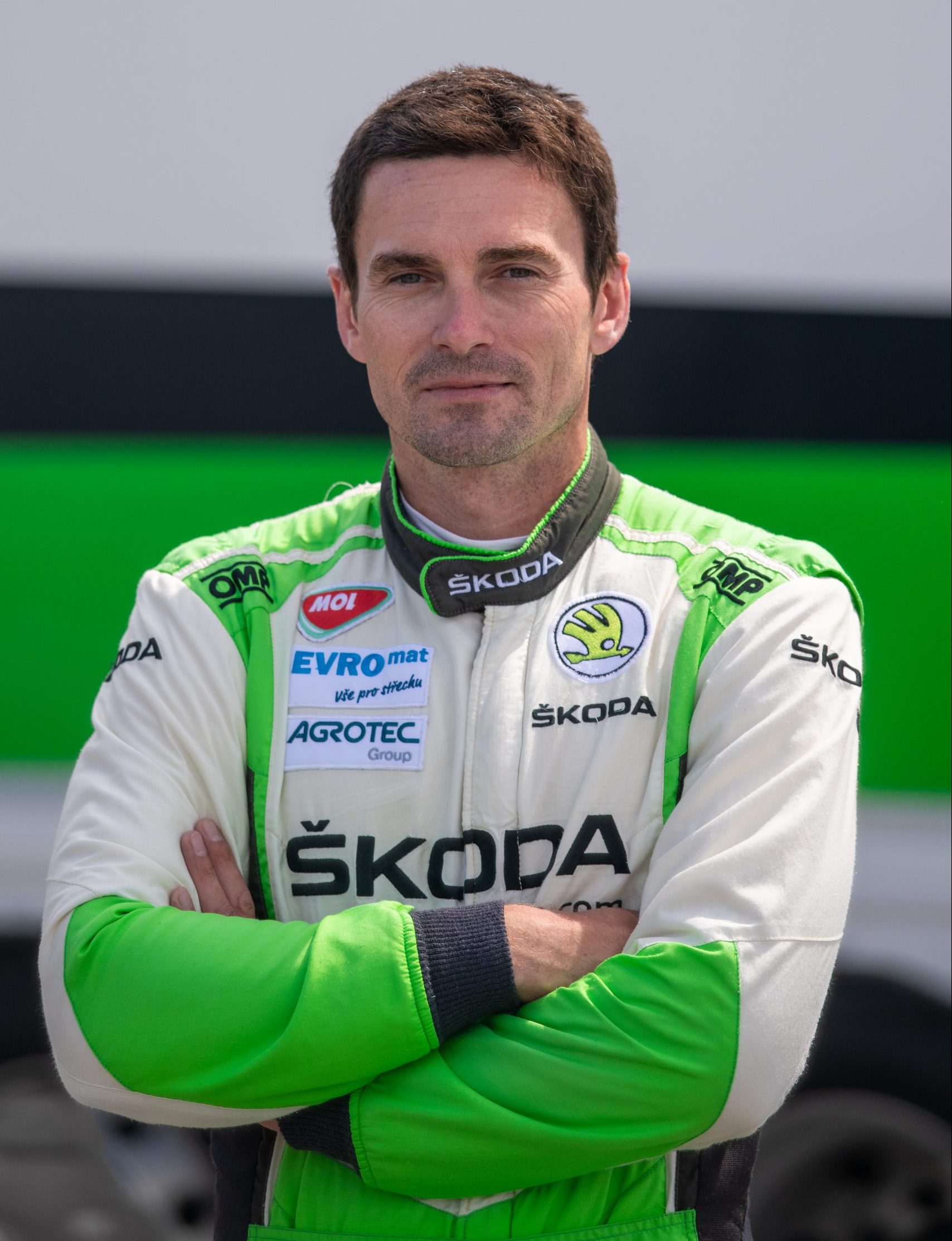 But I fondly remember the period when we ran the Fabia WRC after the end of the official factory team in our country. With the support of the factory, we were able to improve the reliability a lot. In particular, we solved the slow hydraulics of the active differentials. We used constant pressures on both axles and only left the centre differential really active. Towards the end we even ran mechanical differentials front and rear. The Fabia then came alive under my hands and we achieved its best results in the World Championship, finishing fifth overall in Spain in 2006. In 2007, Carlos Sainz even borrowed the car from us for the Madrid Rally and he didn't have a single comment about the way its chassis worked. After the Fabia WRC, Škoda Motorsport's overall approach to development changed a lot, and I think that was the basis for our later successes. 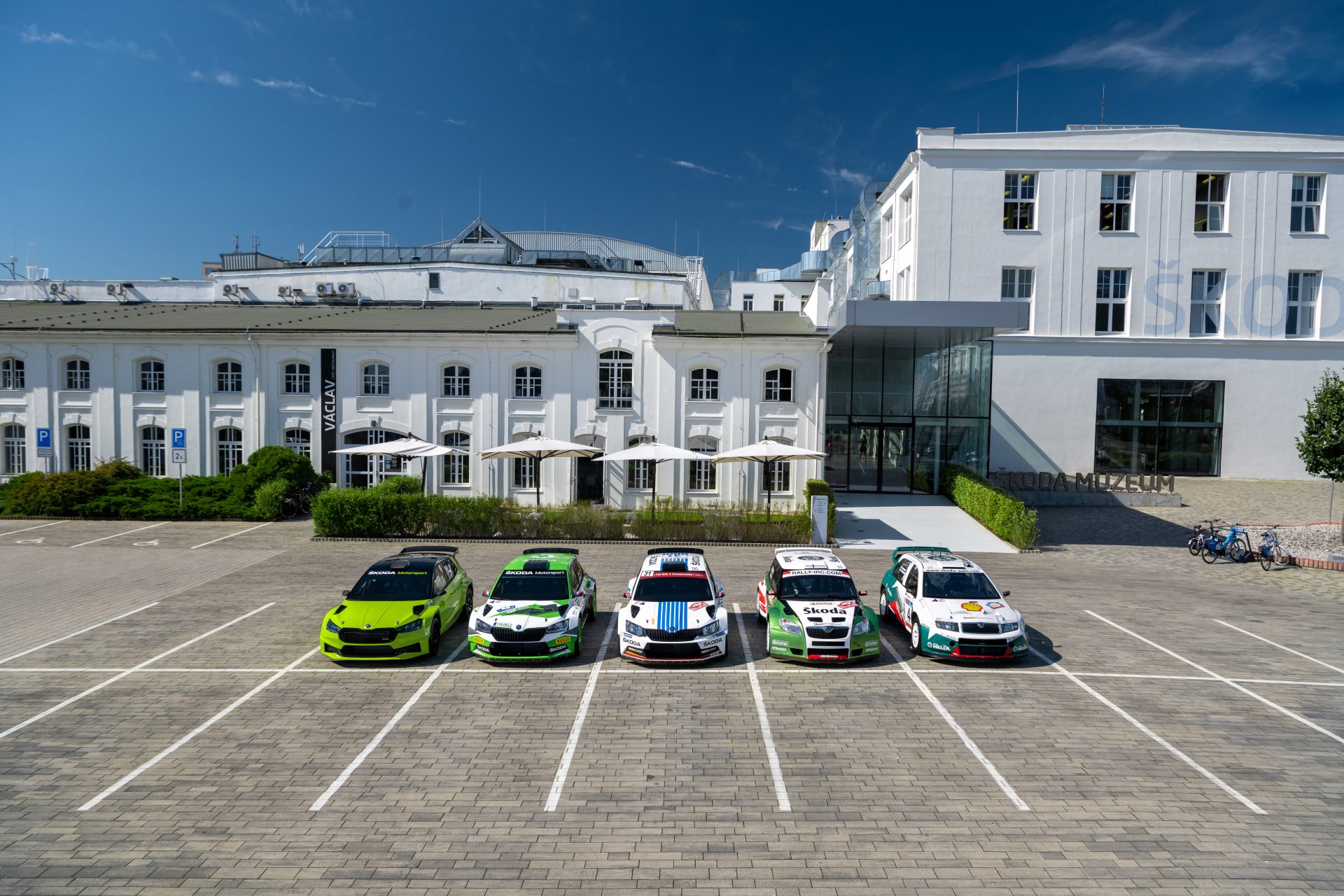 The Fabia S2000: a real racer
The Fabia S2000 was a huge leap from a powerful supercharged WRC specification car to a car with an atmospheric engine that had power at the top end of the rev range. The S2000 was great to drive because it handled like a real go-kart on the tarmac. The Fabia S2000 was great in that you had to "work it out of the skin" in a racing way to make it fast. That was a great experience. It's a shame the FIA hadn't adjusted the rules at the time, because the engine certainly still had the potential for more power. I like to remember the sound of the car, both from the intake and the exhaust. The S2000 was definitely the best sounding competition Fabia. If each cylinder had its own throttle, it would have sounded just a little bit better.

The important thing was that in the case of the Fabia S2000, the whole development team and their approach had changed. The engineers focused a lot on reliability, which kick-started later factory and customer successes. Top chassis specialists also arrived, which moved the car forward in an incredible way. The Fabia was precise, beautifully responsive and very easy to drive. I have great memories, for example, of the 2009 Barum Rally, where top European competition gathered in the IRC championship. We beat Kris Meek by about a minute and Juha Hanninen by two minutes. That was a great race. 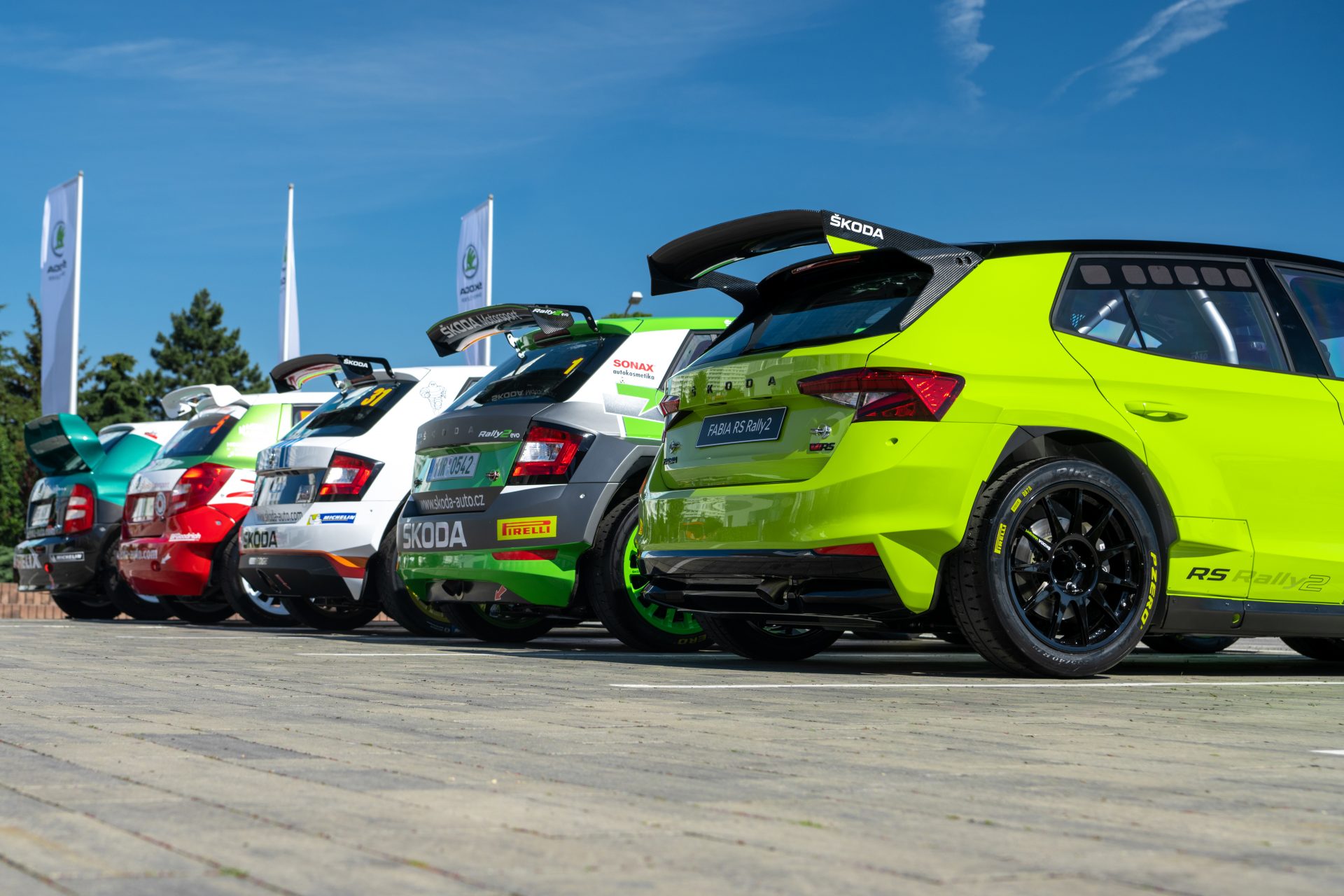 Fabia Rally2: Reliable speed
Interestingly, at the start of the R5 programme, later Rally2, the car was quite similar in speed to the S2000. The two-litre was at the peak of development and the new Fabia Rally2 was at the beginning again. Developmentally though, the last Fabia Rally2 evo made huge progress, so if they were pitted against each other today, the S2000 wouldn't stand a chance. The driving style has changed a lot. The S2000 was a more pure racing car and the first R5/Rally2 cars seemed a bit heavy-handed against it. And that's where you can see the results of the ongoing development by Škoda Motorsport, because the original heaviness has completely disappeared. There's also a big difference in the engine. The higher torque of the R5/Rally2 makes the car very easy to drive. In the Fabia S2000, you had to shift the gears correctly to keep the engine at the right revs all the time. The Rally2 is kinder about this, and it's the wider range of operating speeds that will help you if you get a wrong gear and fall out of the window. Even so, the engine has plenty of power to pull you along. This makes the Fabia Rally2 and Rally2 evo easier to drive, especially for gentlemen drivers. This is undoubtedly one of the successes of cars in this category and the reason why these cars are so widespread and popular with crews today. It's also cheaper to push forward a Rally2 car than an S2000 in terms of speed.

The Fabia Rally2 is clearly the easiest of all Fabia competition cars to drive, is relatively comfortable and is not tricky to drive. It's just a nice car that takes the professional driver's prowess to the limit with relative ease. Of course, even a car in this category has to be pushed to the edge in the worldwide competition, but it's not as challenging as the S2000 was. 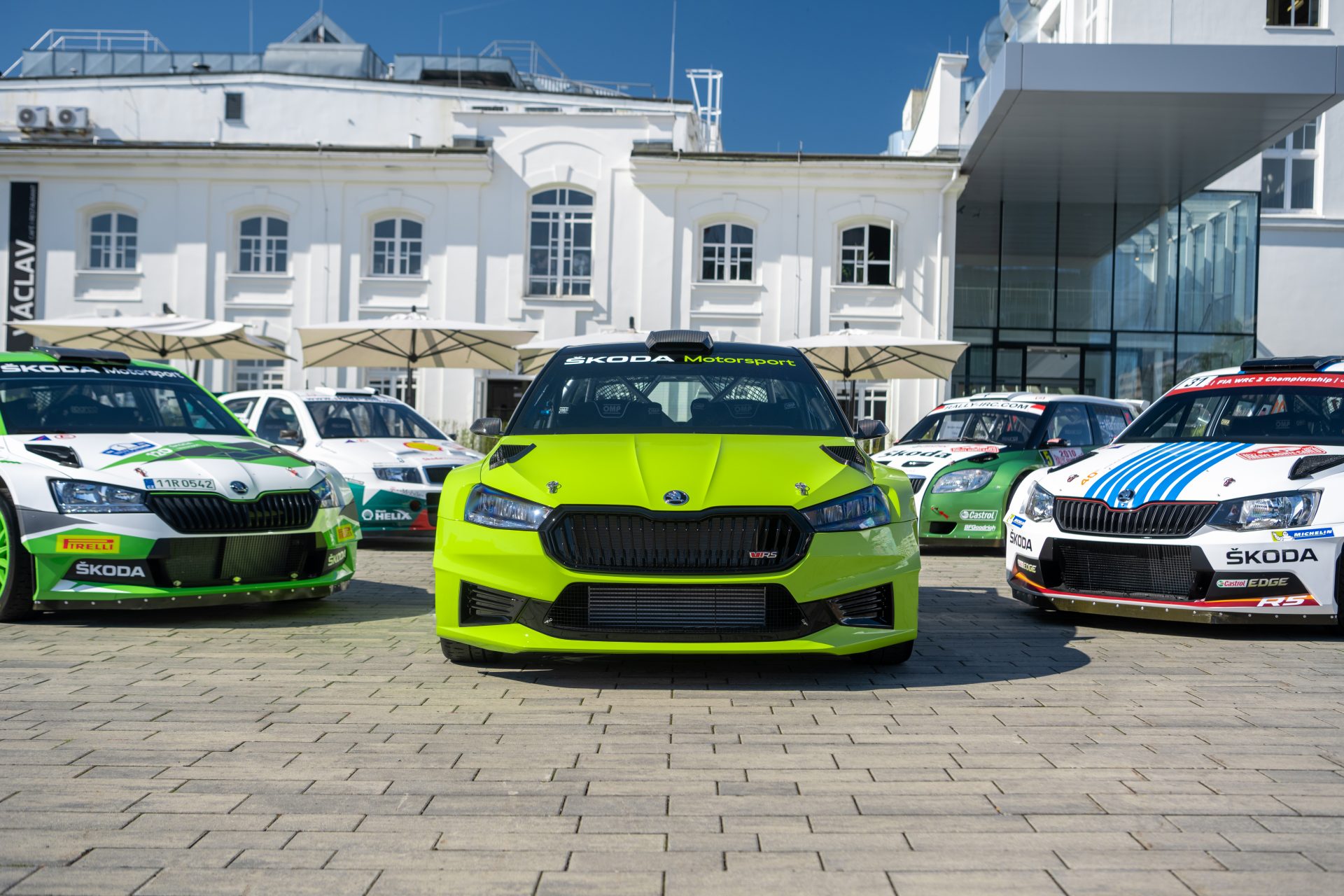 Fabia RS Rally2: Better speed and stability
The new car has an advantage in the chassis; with its longer wheelbase and a wider bodywork, it's certainly more stable and faster. The all-new engine has the advantage of more torque at lower revs, and I'm very curious to see how this combination will work when the car is first launched sharply. It looked very promising during hard testing. I'd be quite interested to see Andreas' times as a front-runner on this year's Rally Bohemia.