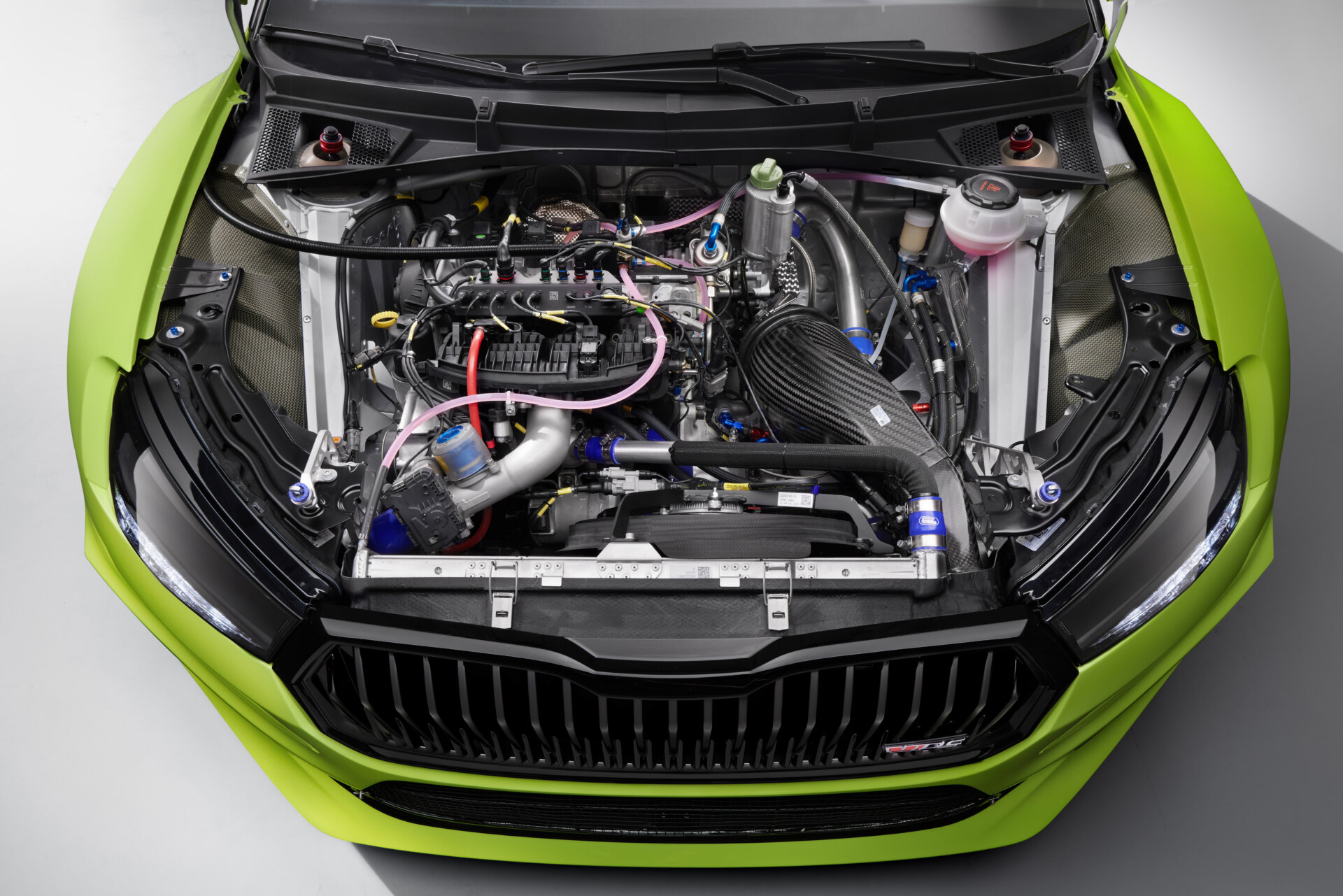 ŠKODA Motorsport engineers and technicians have developed an all-new power unit for the FABIA RS Rally2. It is based on the 2.0 TSI production engine from the EA888 family, used for example in the OCTAVIA and KODIAQ RS. The obligation to base the engine on the series engine applies to all Rally2 class cars, as does the defined supercharged power unit capacity (1.6 litres) or the use of a 32 mm diameter intake restrictor.

Under the bonnet of this rally special, therefore, is an all-new 1,620 cc four-cylinder turbo engine with 214 kW (289 hp) of power and 430 Nm of maximum torque, which is transmitted to all four wheels via a sequential five-speed gearbox and two mechanical self-locking differentials. The sequential five-speed gearbox allows the driver to change gears in a matter of milliseconds without using the clutch. The FABIA RS Rally2 does have a clutch pedal, but this is only used when starting, parking or driving slowly. For the reason of the best acceleration, the car has relatively short gear ratios, but it still reaches a top speed of up to 200 km/h.

Another part of the powertrain is an 82.5-litre fuel tank made of impact-resistant rubber. Its foam filling prevents the fuel from spilling over inside and slows down the burning of the fuel in the event of a fire. The tank is also protected against bottom impacts by a Carbon/Kevlar composite cover and an absorbent layer. What is also new is 100% sustainable petrol based on advanced synthetic and renewable ingredients, which is already in use in the FIA World Rally Championship (WRC). This is a sustainable fuel derived from bio-waste and synthetic e-fuel. Its production uses, among other things, electrolysis from "green" hydrogen and CO2, which is obtained from air and industrial processes. The 100% renewable petrol is produced in the laboratory without any admixture of fossil fuel components.