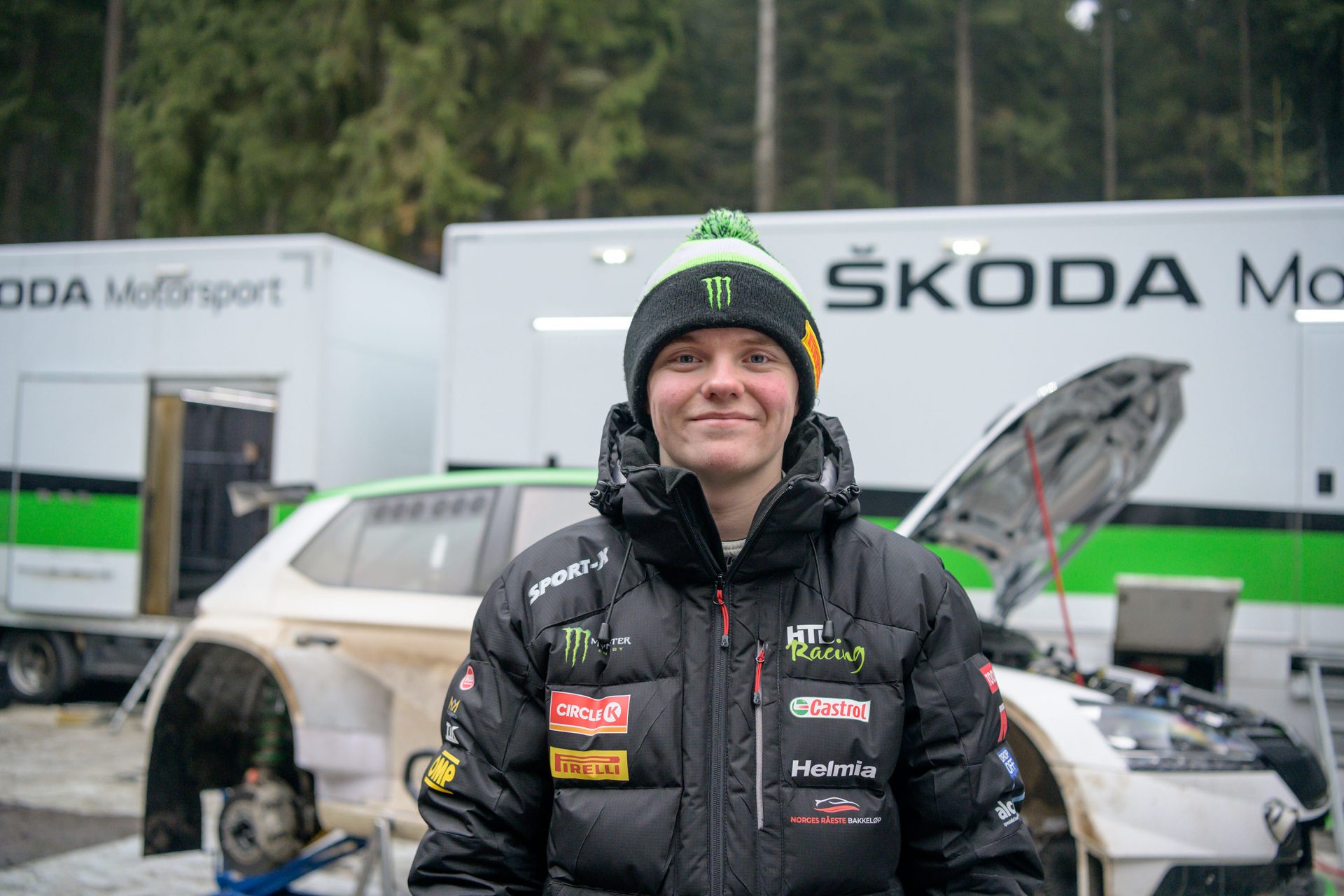 After completing 2019 as the most successful year in its history, ŠKODA Motorsport will focus even more on customer teams. Like in the past, the development of young drivers also plays an important role. In 2020, ŠKODA Motorsport will cooperate with the team of 18 years old Oliver Solberg. Driving a ŠKODA FABIA R5 evo together with co-driver Aaron Johnston, he will compete in the WRC 3 category of the FIA World Rally Championship. Their first event in this season will be Rally Sweden in February.

Oliver Solberg has rallying in his genes. Father Petter became FIA World Rally Champion in 2003, mother Pernilla was as well successfully competing in international and national rallies. Winning Rally Liepāja at the age of 17 in 2019, Solberg junior became the youngest driver ever to win a round of the FIA European Rally Championship. “For me, it is all about learning. I am really looking forward to my first rally with the ŠKODA FABIA R5 evo in Sweden,“ says Solberg, who already had the chance to test his new rally car.

ŠKODA Motorsport boss Michal Hrabánek is looking forward to the new season as well. “For 2020, we will focus more on customer teams and on the development of young and promising drivers. We are happy to cooperate with Oliver and his team for the WRC 3 championship of 2020. He already proved his speed – now we are keen to see his progress throughout the season,” he says.

ŠKODA was the choice of champions already in the past, boosting the careers of many young drivers. Driving a ŠKODA FABIA S2000, for example Andreas Mikkelsen conquered the Intercontinental Rally Championship (IRC) in 2011 and 2012. Juho Hänninen won the IRC already in 2010, the FIA SWRC (the WRC 2 predecessor) in 2011 and European Rally Championship (ERC) in 2012 with a ŠKODA FABIA S2000. Stablemates Jan Kopecký and Esapekka Lappi became ERC Champions in 2013 and 2014 respectively.

The ŠKODA FABIA R5 also played a major role in the early careers of Esapekka Lappi and Pontus Tidemand, who both became WRC 2 Champions driving for ŠKODA. And last but not least, Jan Kopecký not only played a key role in developing the Czech rally car into the most successful model of its category. He also became WRC 2 Champion himself in 2018. The following year, Kalle Rovanperä and Jonne Halttunen took the WRC 2 Pro title of the FIA World Rally Championship with the new ŠKODA FABIA R5 evo.