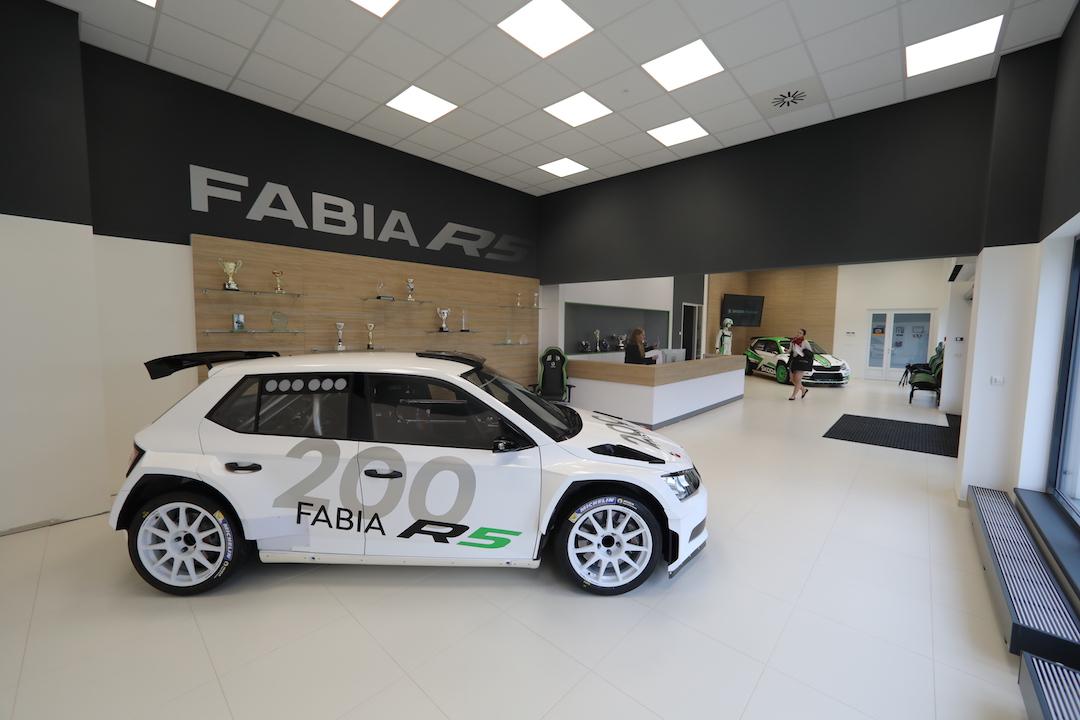 Being the most successful rally car in the history of ŠKODA AUTO, the FABIA R5 is not only representing the brand in the works rallying programme, but also serves many privateer teams from around the world. On 16thMay, ŠKODA Motorsport delivered the 200thcar to the hands of customer.

Marcis Kenavs, head of Sports Racing Technologies from Latvia, was handed the keys of the team’s sixth FABIA R5 in the new ŠKODA Motorsport headquarters in Mladá Boleslav. His team is just one of the many successful users of the brand’s latest rallying car and a part of its global success.

To this date, 200 FABIA R5s were delivered to 89 customers from 30 countries. These cars have already won 414 rallies in 57 countries and became a real global ambassador of the brand.

The best season yet was 2017, when Pontus Tidemand with co-driver Jonas Andersson won the WRC 2 championship and ŠKODA Motorsport also celebrated victory in constructors’ championship, while Jan Kopecký and Pavel Dresler scored a victory on the home turf, placing first in the Czech Rally Championship.

The continuing global success of the ŠKODA FABIA R5 is its constant development. As Michal Hrabánek, head of ŠKODA Motorsport, explained: “In the past, the development of ŠKODA FABIA R5 was always focused on reliability. That’s why none of the factory cars had to withdraw from a rally due to technical problems. The presence of our works team in the world championship also presents many inputs for further development, which made the FABIA R5 the best car in its class. In 2018, the competition will be even stronger, but even standing against new R5 cars of our rivals, we are well prepared. Currently, we offer the option of improving the 1.6 litre turbocharger engine of FABIA R5 to our customers, resulting in better torque and power curves and improved power delivery.”

We wish luck both to our works crews and customer teams and hope for the best results in this season!