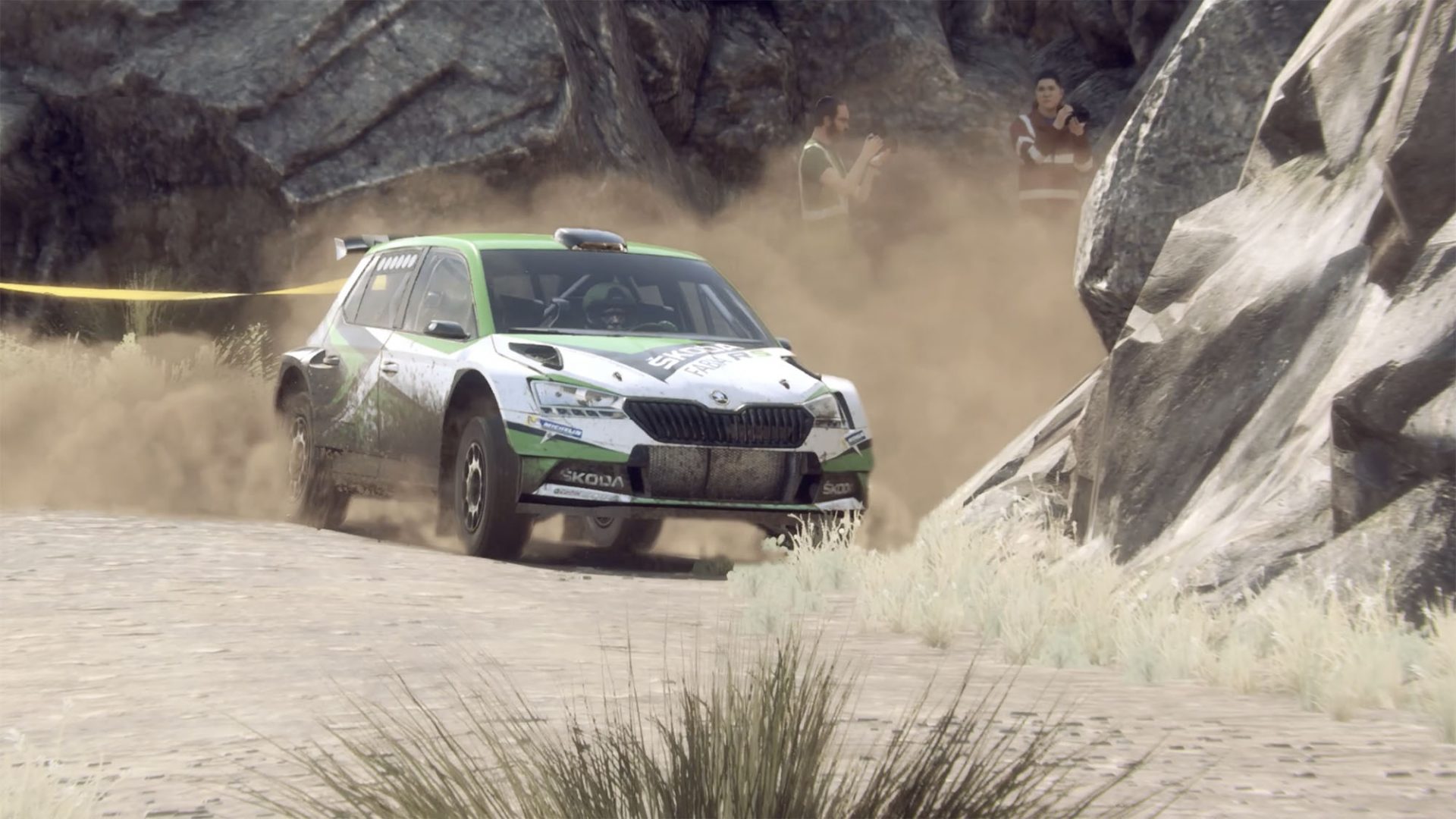 This unique ŠKODA Motorsport eChallenge will take place on the virtual stages of Rally Argentina from 22nd to 26th April, at the time when the real WRC round was scheduled to take place. “Not only the fans, but also the teams themselves can’t wait for rallying to resume. That, however, could take some more time, so we’ve decided to create our own online version of the Rally Argentina. The professional rally drivers from our customer teams with ŠKODA FABIA Rally2 evo cars will not only compete against each other – anyone can challenge them,” said ŠKODA Motorsport boss Michal Hrabánek.

On what platform?
We will compete in DiRT Rally 2.0 on PC, Playstation and Xbox.

How can I take part?
After launching the game and creating your profile, find the “SKODA ECHALLENGE” event and select the ŠKODA FABIA Rally2 evo. You can drive the rally at any time during the event.

The challenge to match their skills, at least online, was accepted by many drivers from ŠKODA customer teams who drive FABIA Rally2 evo cars in real life. It will be their times that rally and videogame enthusiasts will try to beat.

“I actually haven't played a lot previously, but I'm really excited to get more into it and start playing! I think that the ŠKODA Motorsport eChallenge is a great initiative and I'm proud to be a part of it. It helps me in my training, especially when it comes to reaction, coordination and focus. At the same time, it's fun for rally fans to be able to challenge full time drivers in a new area of the sport,” said Pontus Tidemand, who became the WRC 2 champion in 2017, driving a ŠKODA FABIA Rally2.

With realistic physics and authentic tracks, virtual racing is also a way to maintain your skills when rallying is postponed. “I love playing DiRT Rally 2.0 and I was actually a test driver when the game was created! It is really good and the stages feel so real and also the adjustments you do on the cars are very realistic. It is really good training and helps to practise co-ordination and focus,” agrees Oliver Solberg.

On the other hand, young rallying talent Petr Semerád from the Czech Republic uses racing simulators quite extensively, so he’s likely to be one of the favourites in this challenge. “I even build racing simulators, so I spend a lot of time in them. It helps me keep long-term focus, because if you want to drive well, you have to stay really focused even in the sim. They can also help with honing your style and trying new techniques. In some games, the tracks are identical to the reality, so you can learn them there and use that knowledge in the real race,” points out Semerád.

During the virtual rally, you canwatch the current results on ŠKODA Motorsport’s website and social media, together with the times of the best drivers and action sequences from their drives – much like during the real WRC rally.

The gravel Rally Argentina is famousnot only for its beautiful scener, but also for its breathtaking stages, winding among rocks and boulders. Driving flat-out is really hard and precise car control is vital if you want to achieve a good time. The Rally Argentina will present a great challenge both for the pro drivers and gamers. The ŠKODA Motorsport engineers will be on-hand, giving advice aboutoptimal setup for the car before the start, much like they do with customer teams before any big rally.

“I decided to join the ŠKODA Motorsport eChallenge, because of course I am part of the ŠKODA family. I think I need to train a little bit but I will do my best. It’s a great way to stay at home while enjoying a tough rally at the same time. If you think you have what it takes, I’ll see you online at Rally Argentina. Show your skills!” is the message to the fans from Martin Koči, multiple Slovakian champion.