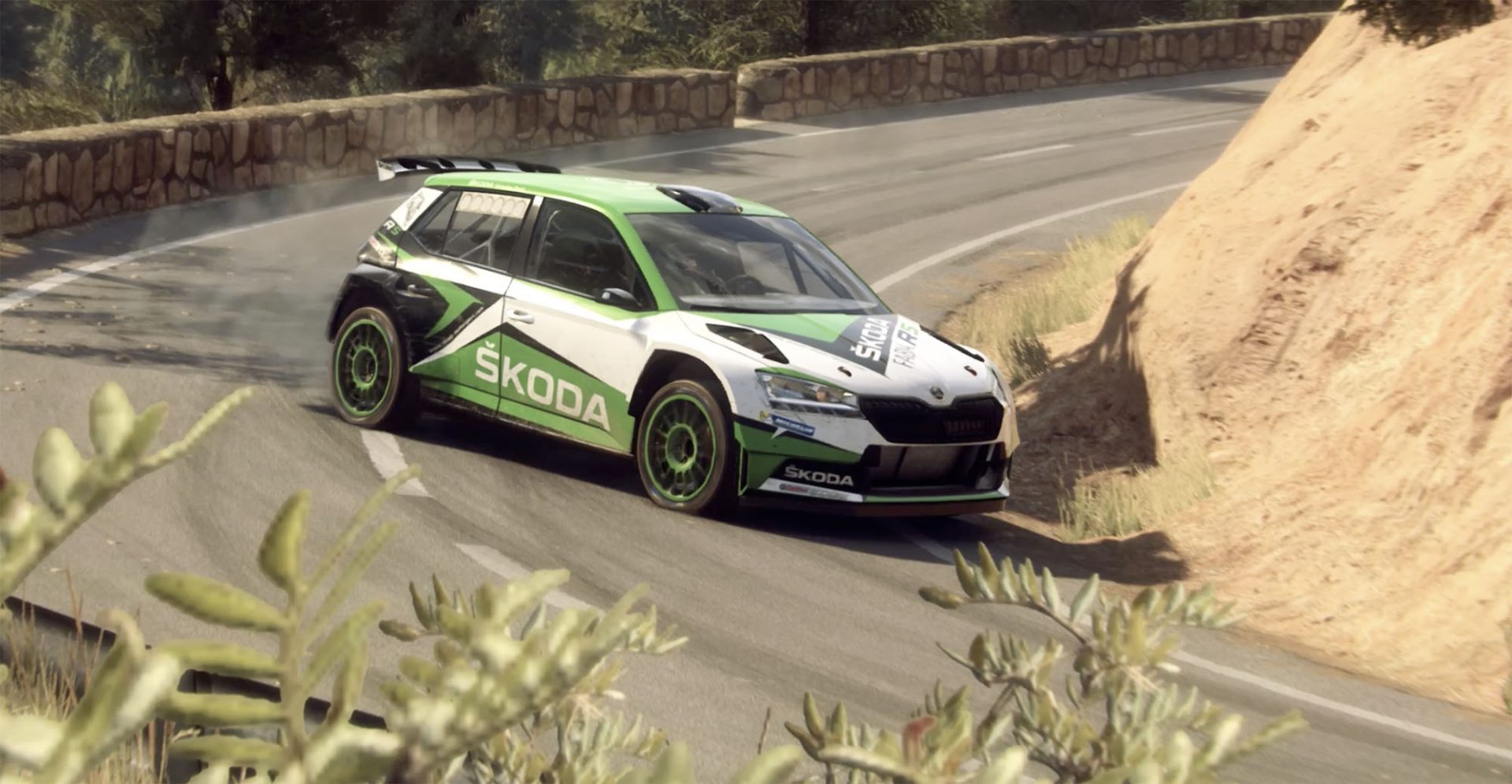 Motorsport and esport fans alike will once again challenge the professional rally drivers in DiRT Rally 2.0. After the difficult gravel tracks of Argentina and the fast Australian stages, they will visit Spain’s tarmac stages. As ambassadors, pro drivers Oliver Solberg and Miko Marczyk will fight for victory, along with local driver José Suárez.

ŠKODA Motorsport is gradually preparing for real-life rallies, but the eChallenge virtual rally series, which attracted thousands of drivers, continues. “The truth about motorsport is that after each crisis, the team ends up stronger and more experienced. The Covid-19 pandemic moved us forward a lot. We made a strong entrance into the esports domain and we are closer to our fans and customers. Even though the real races are coming, we want to stay active in the online world in the future,” says ŠKODA Motorsport boss Michal Hrabánek.

On what platform?
We will compete in DiRT Rally 2.0 on PC, Playstation and Xbox.

How can I take part?
After launching the game and creating your profile, find the “ŠKODA Motorsport eChallenge” event and select the ŠKODA FABIA Rally2 evo. You can drive the rally at any time during the event.

In the Australian eChallenge, the professional drivers Oliver Solberg, Miko Marczyk and Sébastien Bedoret fought hard for podium finishes against the top esports drivers. It seems that the Spain will be no different. “I was really happy about the result. On one hand, sixth place was close to the top, on the other, the best esports drivers were still a lot faster. The tarmac rally in Spain will be good practice for Rally Roma Di Capitale which, as I hope, will be the first rally of this year’s FIA European Rally Championship,” Marczyk explained.

As a newcomer among the ambassadors from the ranks of real drivers competing in the ŠKODA FABIA Rally2 evo, José Suárez from Spain will make his debut in the eChallenge. “From the moment ŠKODA Motorsport invited me, I’ve been training for several hours every day. I didn’t hesitate about participating in the eChallenge for a single moment. It will be great to be racing again, and to support the brand I drive in real-life rally. Of course, it’s very different to a real rally, but it’s great training for eyes and reflexes,” Suárez enthuses.

The right pace is the key

After the drifty gravel of Australia, participants in this eChallenge will face grippy tarmac, where the driving technique is very close to that of circuit racing. They will take two runs of four stages, measuring 76.8 hot kilometres in total. Also, the drivers will be driving in the rain for the first time.

Comienzo De Bellriu – At almost 14.5 km, it’s the longest stage of the rally. Especially in its middle part, the Comienzo De Bellriu requires total concentration. This passage includes characteristic Catalanian esses, requiring the driver to connect one turn after another with small movements of the steering wheel in just the right rhythm. It is important to use the whole width of the track and not to be scared of the drainage canals in front of the curbs – driving over them in cuts will improve the time. It is important, however, to exit the curves carefully, because with the car in a light slide, the canal can catch the rear axle, causing the car to spin. For extroverts who love ovations from the fans, there is a beautiful hairpin in the middle of the stage, overlooking a picturesque village with a church. The spectators deserve a precise handbrake turn here. The second run of Comienzo De Bellriu will be in the opposite direction.

Centenera – A stage named after a village near the start, where you can enjoy spectacular cuts over the town’s grass. Centenera is enthralling with its combination of twisting, technical passages along the cliffs and faster sections at the beginning and end. The final part, especially, is a test of courage. In long, sweeping sections, it’s important to drive really calmly, without unnecessary movements of the wheel, which would unbalance the car. A well-driven final part is key to a good time in Centenera.

Vinedos dento del valle Parra – This is a relatively fast stage where fast passes are interspersed with technical ones. It’s important to get the car from high speeds into the turns without unnecessary slide, keeping the speed up until the exit. In the first section of the stage, drivers have to be careful not to go over the cliffs along the outer side of the road. It’s very easy to fall there and lose a lot of time. In the more technical parts, it’s very important to follow the proper line, which can be easily recognised by looking at the tyre marks on the road. The key to a good time is not to be afraid of coming very close to the guardrails in the turns. During the real Rally RACC Catalunya, the drivers are often just millimetres from them and they sure know why.

Salida desde Montverd – This stage is a repetition of the fast, twisty section from the Comienzo De Bellriu with a very technical final part. The fast section is really fun, which is why it’s run three times in the third eChallenge. There is an advantage to be gained by using the left-foot braking, which can stabilise the car nicely in the turns. It’s important not to overdo the speed, as one small mistake is enough to make the rhythm collapse like a house of cards. In the second run, the Salide desde Montverd will be driven in rain – once again, the ŠKODA Motorsport technicians will help with the proper setup of the car for both dry and wet tarmac.