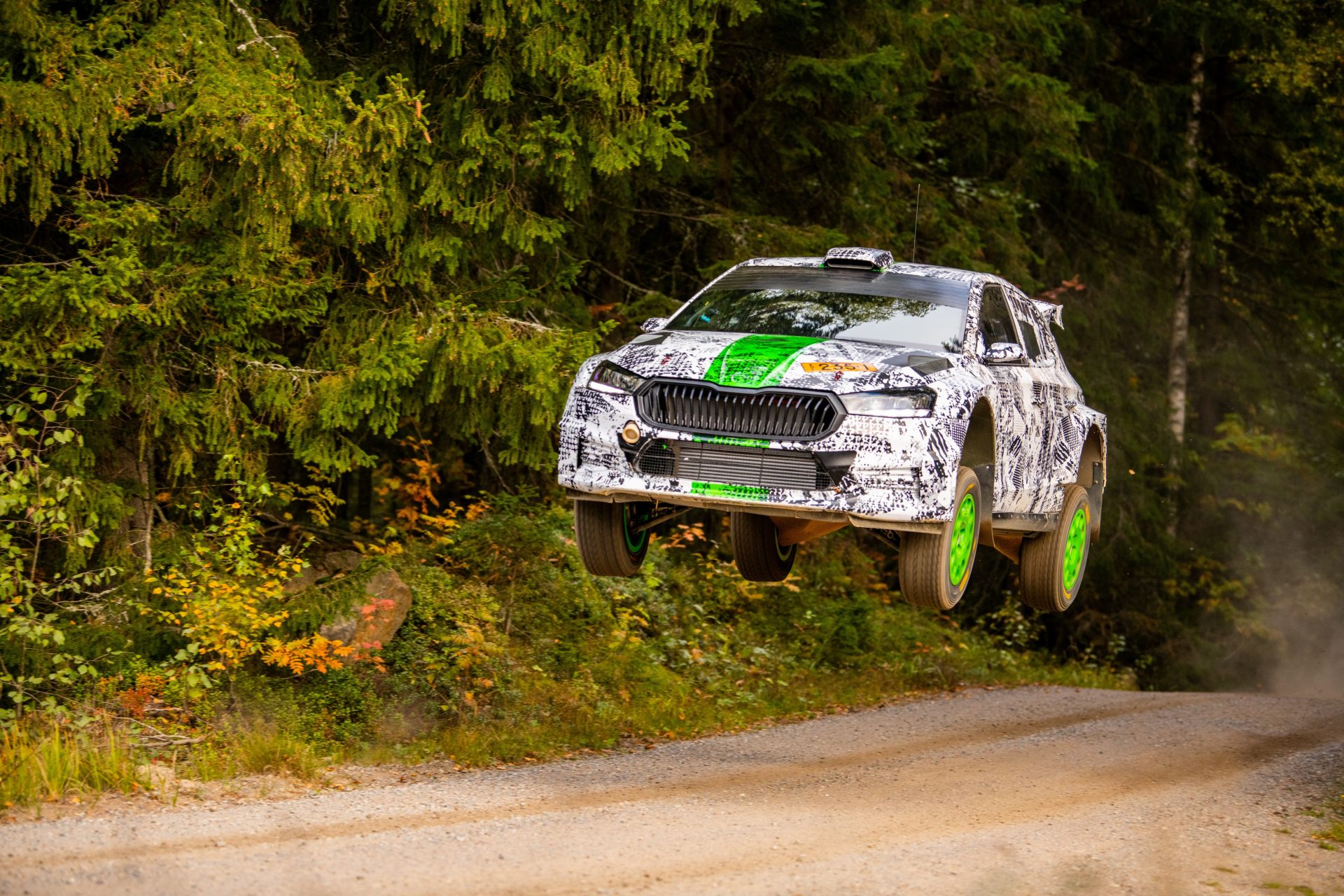 Mladá Boleslav, 16 May 2022 – ŠKODA Motorsport is taking no break during the development process of the new generation ŠKODA FABIA Rally2. Currently, the technicians’ emphasis lies on perfecting the weight distribution. In this respect, the chassis derived from the current FABIA road car gives the engineers the chance to further improve the rally car’s handling characteristics. The new generation of the worldwide successful Rally2 vehicle especially benefits from the new FABIA’s longer wheel base.

The new generation Rally2 variant of the ŠKODA FABIA is based on the all-new road car model. With this evolution comes a new chassis as well. As the regulations allow only minor changes in this area, the rally car takes advantages of the road car’s modified dimensions: The series production ŠKODA FABIA features a 94 millimetres longer wheelbase and 48 millimetres more in width.

“The current ŠKODA FABIA Rally2 evo is the most successful car in its category, winning events all over the world again during the ongoing 2022 season. With the new generation Rally2 variant of the ŠKODA FABIA, we target to defend this position in the future. The completely new chassis is one of the key factors for even better competitiveness.”

During the current test and development phase of the new generation ŠKODA FABIA Rally2, ŠKODA Motorsport puts a key emphasis on the car‘s weight balance. The longer wheelbase and overall larger dimensions give the engineers new options to position the car’s main components. To find an optimal weight distribution, ŠKODA Motorsport’s engineers developed a unique method to change the balance of the car during test sessions, to evaluate different weight distribution solutions and to analyse set-ups for all types of stage surface.

Jan Krasula, project leader of the development team at ŠKODA Motorsport, describes: “To make the most out this layout, we have started from scratch compared to the previous ŠKODA FABIA Rally2. For example, we were able to re-position the fuel tank. In the engine compartment, we took advantage of the larger space between the chassis rails. We have as well redesigned gearbox, clutch and flywheel to achieve less inertia and more efficiency. Also, the new generation ŠKODA FABIA Rally2 gets a bigger and more efficient intercooler, which would not have fit under the current car’s bonnet.”

On the ŠKODA Storyboard, the drivers talk about their role during the development of a new rally car and look behind the scenes during a day of testing.