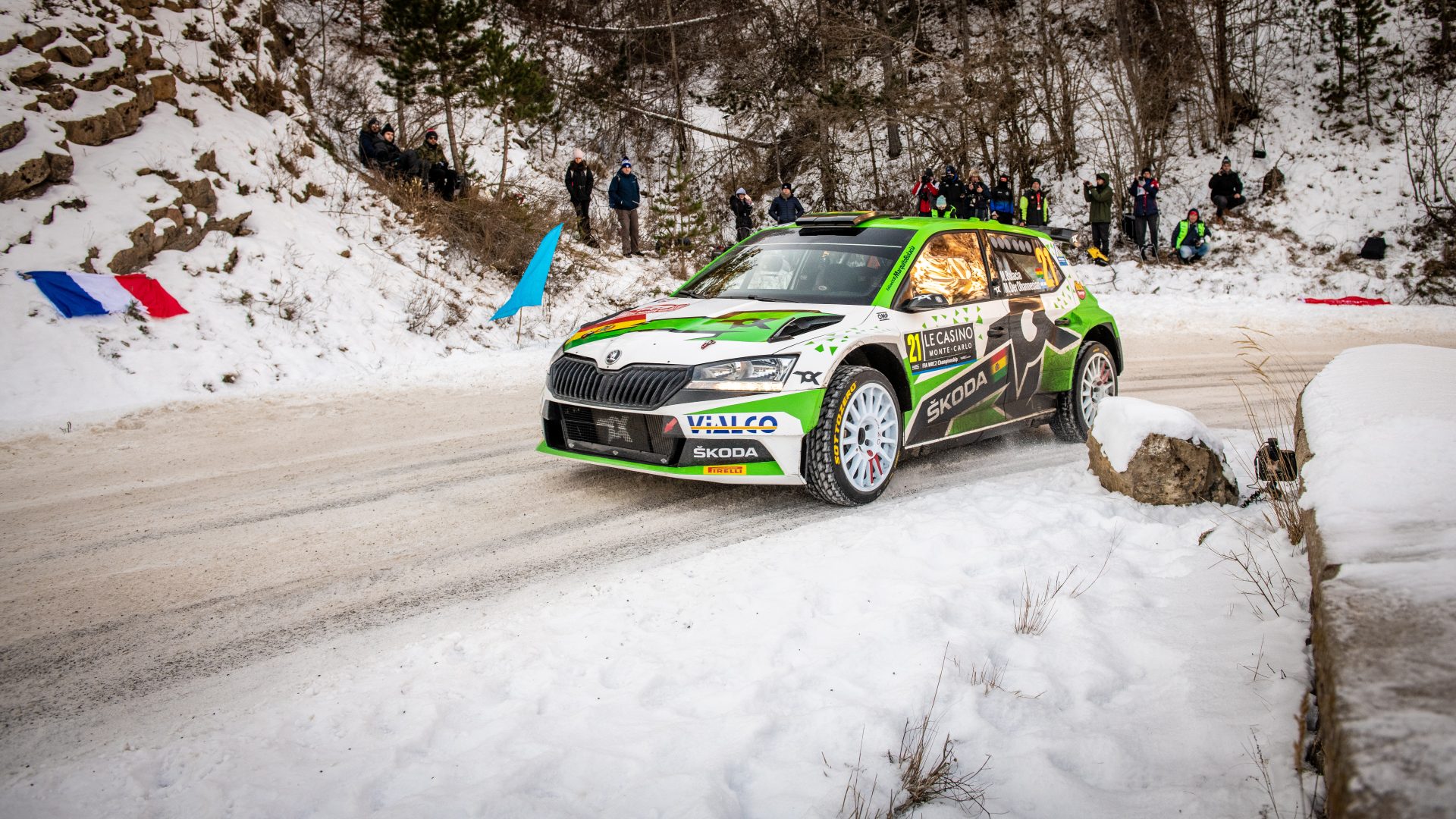 The World Rally Championship (WRC) started the new season traditionally in Monaco. The stages in the French Alps, challenging for both the equipment and the crews, were almost completely new compared to the previous year. But the opening round of the championship also brought about a lot of changes from the International Automobile Federation (FIA), which modified the rules for participation in the various categories.

The Rally Monte-Carlo is the oldest event on the WRC calendar. Since its first start in 1911, the stages in the French Alps have been among the most challenging and difficult to predict. Every year they combine a variety of surfaces even during a single stage, which can range from dry or wet asphalt to those with icy sections, and snow is no exception. In fact, the stages climb from the Mediterranean to mountain passes with altitudes easily exceeding 1,000 metres. The right tyre choice is therefore one of the keys to success. The most common choice for most riders was tyres for dry or wet asphalt in super soft compounds. They have the advantage of traction in low temperatures and especially in shady passages where moisture or snow lingers. On dry surfaces, however, they quickly overheat which significantly reduces the stability and precision of competition specials. So the choice of tyres was literally a lottery. The punctures during cutting in mountain passages, where the roadsides are literally full of sharp stones, were no exception.

In addition, the crews had to deal with new stages this year, which were different, compared to the 2021 edition by up to 95%. One of the biggest innovations was the return of the legendary Col de Turini stage in the Alpes Maritimes, which was driven in the dark for the first time since 2013 and kicked off Thursday stage and indeed the entire event. For the first time since 2006, the service park also returned directly to Monaco, near a marina full of the most luxurious yachts.
The International Automobile Federation (FIA) has also prepared a few changes for the 2022 season, of the championship rules directly. In the previous season, Rally2 cars such as the ŠKODA FABIA Rally2 evo competed in both WRC2 and WRC3, which is now history. The WRC2 category is now only for Rally2 cars, while WRC3 is a category for less technically advanced Rally3 cars. The competition in the WRC2 category will therefore be considerably greater this season than it has been in the past. At the same time, various championship titles will be fought for within this category. The main ones are the Drivers' title, the Team title and the Junior Drivers' title, announced for drivers born after 1st January 1992. Another new feature is the rules regarding the petrol supplied to all cars taking part in WRC events. It is now produced exclusively from sustainable resources such as bio-waste.

Despite the many new features, however, one important thing has remained the same, and that is the participation of the Toksport WRT team with the direct support of ŠKODA Motorsport in the WRC2 category. The successful cooperation has thus continued, and the experienced Norwegian Andreas Mikkelsen, who won the WRC2 driver's title last year, has certainly not set his goals any lower than last year. “I want to lay the foundation for defending the title with another WRC2 victory. Of course, I also want to finish as high up in the overall standings as possible again.” All customer teams with ŠKODA FABIA Rally2 and Rally2 evo cars were of course able to take advantage of the availability of spare parts directly at the rally, where the ŠKODA Motorsport truck, together with its experienced engineers, was present.

A total of 15 FABIA Rally2 and Rally2 evo cars were entered on the start list for the Rallye Monte-Carlo, so ŠKODA was once again the most represented brand in the Rally2 group. The Toksport WRT team fielded a total of four cars with the crews Andreas Mikkelsen/Torstein Eriksen, Marco Bulacia/Marcelo Der Ohannesian, Nikolay Gryazin/Konstantin Alexandrov and Chris Ingram/Ross Whittock. Another favourite from the start was also four-time Belgian rally champion and former ŠKODA works driver Freddy Loix and co-driver Pieter Tsjoen.

The opening night stage got off to a promising start, with two FABIA Rally2 evo cars taking 2nd and 3rd place in the WRC2 category. Second place was claimed by the Nikolay Gryazin/Konstantin Alexandrov crew, who were subsequently unlucky and the crash into a rock on the second stage meant they fell to 14th place in WRC2. At the end of the day, Andreas Mikkelsen and his new co-driver defended their provisional 2nd place in the category, and could therefore continue their battle with Eric Camilli on Friday.

In Friday's stages, the crews headed further north to Mercantour National Park. The challenging, frosty stages, totalling 97.86 km in length, led over mountain passes, and the morning stages in particular were really tough. The dry asphalt was often replaced by hard-to-see icy passages where several crews crashed. Even Eric Camilli, under ever-increasing pressure from Andreas Mikkelsen, was unable to avoid a crash as he damaged his car's suspension, which meant that Andreas Mikkelsen gained the overall first place. Young Bolivian Marco Bulacia also put in a quality performance during Friday, enjoying an overall 3rd place in the WRC2 and also the WRC2 Junior category. The crew of Nikolay Gryazin/Konstantin Alexandrov slightly made up for Thursday's fall with their pursuit run and moved up to 7th place in the WRC2 category.

Heading westwards, Saturday's special stages continued with a total length of 92.46 km. Thanks to the lower altitude, most of the stages were on dry but very dusty asphalt for a change. But not even a change of surface or a puncture on SS13 deprived Andreas Mikkelsen of the category lead. Nikolay Gryazin, who continued to reduce his deficit from the first day, moved up to overall 5th place in WRC2. Two positions down was Chris Ingram, who maintained that seventh position until the last stage. However, it was an early end on Saturday for the Marco Bulacia/Marcelo Der Ohannesian crew, who had to withdraw due to technical problems.

Sunday's final quartet of stages, 67.26 km long and leading through the Alpes-Maritimes, finished with a bonus Wolf Power Stage. Andreas Mikkelsen retained first place in the WRC2 category, defending his victory from last year's Rallye Monte-Carlo. “I couldn't have asked for a better start to the season. I’m also happy to give this victory to the team, they really deserved it.” Third place in WRC2 was claimed by the Nikolay Gryazin/Konstantin Alexandrov crew after an incredible drive, which saw them move up 11 places from the first day of competition. At the same time, Nikolay Gryazin placed 2nd in the WRC2 Junior category. In the same category, Chris Ingram took 4th position and podium positions were also scored by the drivers in the ŠKODA FABIA Rally2 evo in the WRC2 Masters category. In the new category for drivers aged 50 and over, the Italians Mauro Miele/Luca Beltrame won. Former ŠKODA factory driver Freddy Loix and navigator Pieter Tsjoen from Belgium finished in third place.