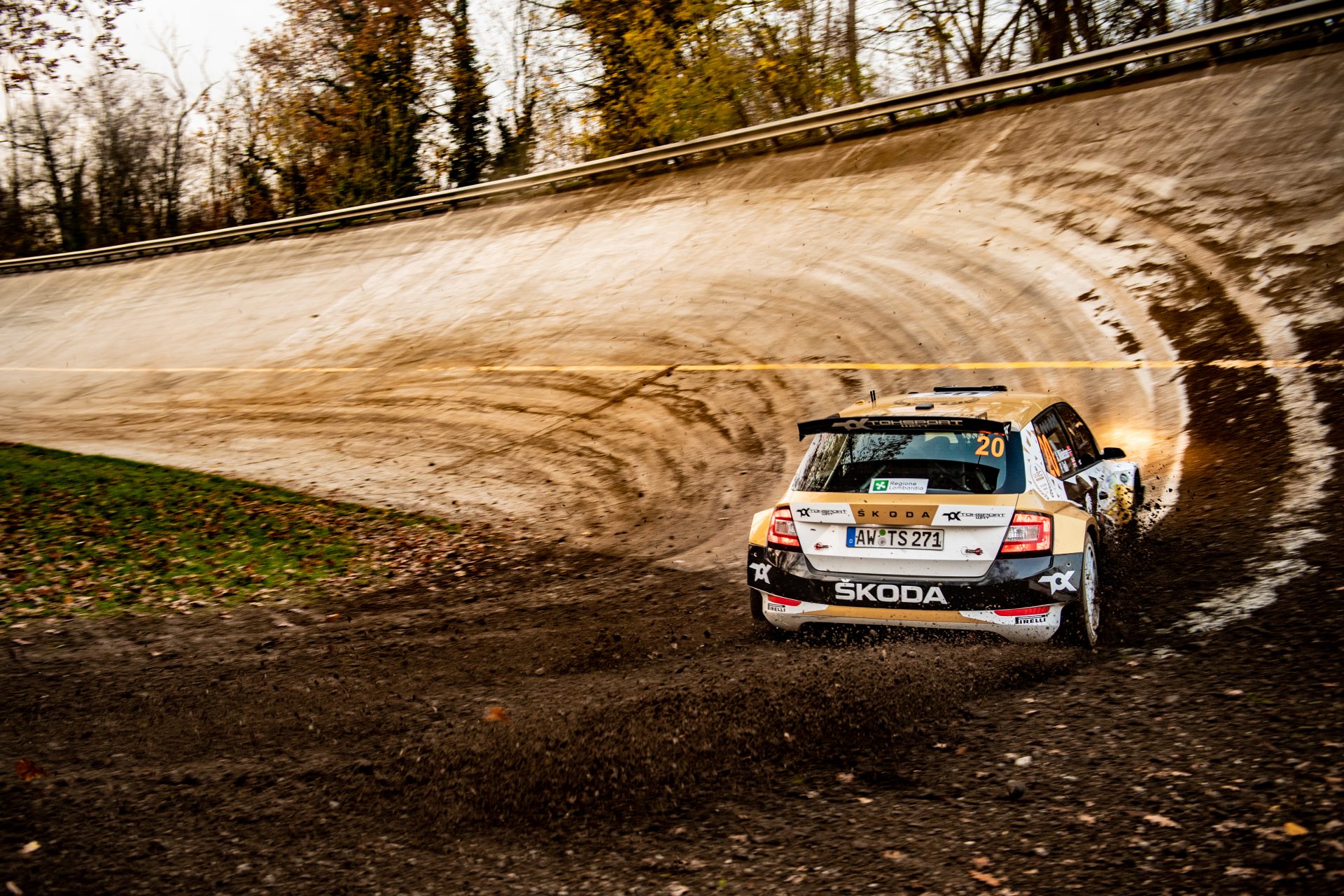 The second edition of the ACI Rally Monza once again closed the WRC calendar. Some of the stages were run directly on the historic high-banked Temple of Speed oval in Monza and its service roads with mixed surfaces, which were a real challenge for drivers and mechanics during the heavy rains. The battles for the titles that were still in play were thrilling right up to the very end.

The history of the rally at the legendary Autodromo Nazionale di Monza dates back to 1978. Exhibition drives, combining the asphalt of the racing circuit and the gravel of the service roads, have for a long time celebrated the end of the season here. Monza entered the World Rally Championship (WRC) calendar for the first time in the 2020 season, which was significantly affected by the COVID-19 pandemic.

ACI Rally Monza closed the WRC calendar this year as well and, similarly to last year, was held in rainy weather, which added to the event's appeal. The challenging conditions on the alternating surface of the Monza circuit were the reason for the rally special's frequent contacts with the speed bumps, while deep puddles were also an obstacle. Equally demanding stages awaited the drivers in the mountains north of Bergamo. The wet surface with fallen leaves was extremely slippery and contacts with the barriers at high speeds occurred on a daily basis. Because of the alternation of wet and dry sections, it was a real challenge for the teams to find the ideal car set-up.

Although the WRC2 drivers' title had already been decided a month before at the RACC Rally de España, other titles were still in play. The WRC2 World Champion for 2021*, Andreas Mikkelsen, fought together with Marco Bulacia for valuable points for the ŠKODA Motorsport-supported Toksport WRT team, which was looking to defend its title from last season. The world champion was also being decided in the WRC3 category, where Kajetan Kajetanowicz fought it out in his ŠKODA FABIA Rally2 evo. And as it already has become customary, ŠKODA cars were once again the most represented brand in the Rally2 group, with a total of 28 ŠKODA FABIA Rally2 and Rally2 evo cars out of a total of 42 entries.

The battle for the WRC2 team title was on from the very beginning and was definitely something to watch. Andreas Mikkelsen and Marco Bulacia were battling for points with the duo of drivers Nikolay Gryazin and Enrico Brazzoli (ŠKODA FABIA Rally2 evo) from the Movisport team, which had the same goal as the Toksport WRT, to win the team title in the WRC2 category. Gryazin had a slight lead over Mikkelsen in the opening part of the first leg, which took place on the mountain roads near Lake Como. However, on their return to Monza, stage six proved fatal for both drivers. A crash into a concrete block cost Gryazin 45 seconds, while Mikkelsen picked up a two-minute deficit after changing a punctured tyre. This gave Marco Bulacia the lead. Unfortunately, he didn't hold the top position for long as he broke his rear wheel the very next morning. On Sunday, the young Bolivian driver was back in the game again, but even a couple of test wins by Mikkelsen didn't help to gain enough points. The team title was therefore won by Movisport by a single point*.

Another thrilling battle took place in the WRC3 category. Polish driver Kajetan Kajetanowicz was fighting for the title with French driver Yohan Rossel and the cards were dealt quite clearly. Rossel had the upper hand on the mountain roads, while Kajetanowicz had the upper hand on the stages in the famous Autodromo. And with the last three stages taking place on the autodrome premises, the balance was more in Kajetanowicz's favour as he overtook his French rival in the penultimate stage. The difference between the two drivers was just 1.6 seconds and it was the final Powerstage that would decide the race. In the end, Rossel was 4.7 seconds faster and the Polish driver in the ŠKODA FABIA Rally2 evo had to settle for overall second place in the WRC3 category*. “It was a fantastic battle to finish an amastin season,” were the concluding words of Kajetanowicz.

The ACI Rally Monza thus brought to a close a thrilling 2021 season that had produced a lot of exciting battles, right up to the last stage. The 2022 season will kick off with the traditional Monte Carlo Rally (20th -23rd January 2022) and we will be there again!

*Subject to confirmation by the FIA