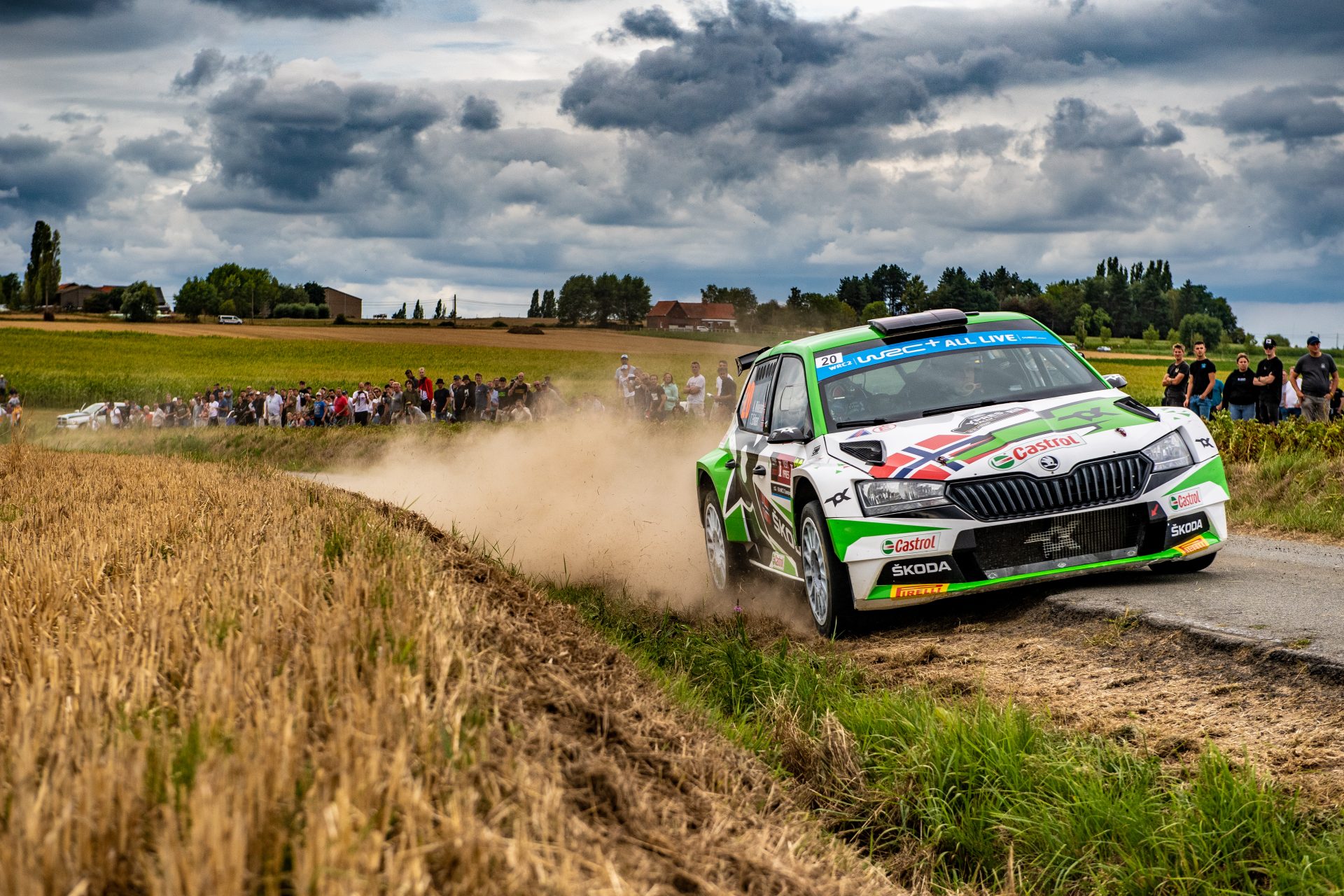 The flat landscape of the Belgian Flanders promises at first sight an unpretentious rally that you can manage with one hand. But the opposite is true. Narrow and winding roads full of dust and mud are lined with massive drainage ditches with deep cutoffs, telegraph poles and criss-crossed by many tight junctions. You simply do not have a moment to rest in Ypres.

Andreas Mikkelsen arrived in Ypres with respect for the challenging rally conditions. It was clear after the shakedown that the changing conditions and the dirt pulled up from the cuts would determine the final success or failure. It is how you handle the combination of fast sections with grippy tarmac and corners that the dust and mud have almost completely stripped of grip that is crucial to a good result in Belgium. And a good result in Ypres was something the Norwegian Mikkelsen/Eriksen crew desperately needed. "It's important to beat my direct rivals in the fight for the title," said Mikkelsen at the start, describing his strategy for the then remaining two rallies of his FIA World Rally Championship participation this year.

The Belgian rally was showcased in full force during Friday's leg. Torrential rain showers caused large amounts of gravel and mud to be hauled onto the stages' tracks, with many crews' hopes ending up in one of the countless ditches along the route. At first, the WRC2 category was a battle between the Norwegians and two French crews. The second leg saw a battle between leader Lefebvre and second-placed Mikkelsen. “There is a lot of gravel on the road and a lot of risk to go for it. Also, Stéphane knows the roads better. If I go off, the championship is gone,“ Nor described the tactical drive between the Flanders fields.

Mikkelsen finally crossed the finish line second behind Lefebvre, but more importantly, one place ahead of Rossel at the same time. In addition, the Norwegian driver in the ŠKODA scored another three points for winning the final Power Stage. In the WRC2 Junior category, two ŠKODA FABIA Rally2 evo crews were on the podium. Britain's Chris Ingram/Craig Drew of the Toksport WRT team won this category, with local hero Sébastien Bedoret and French co-driver François Gilbert of the ŠKODA Motorsport SXM Competition team finishing third.