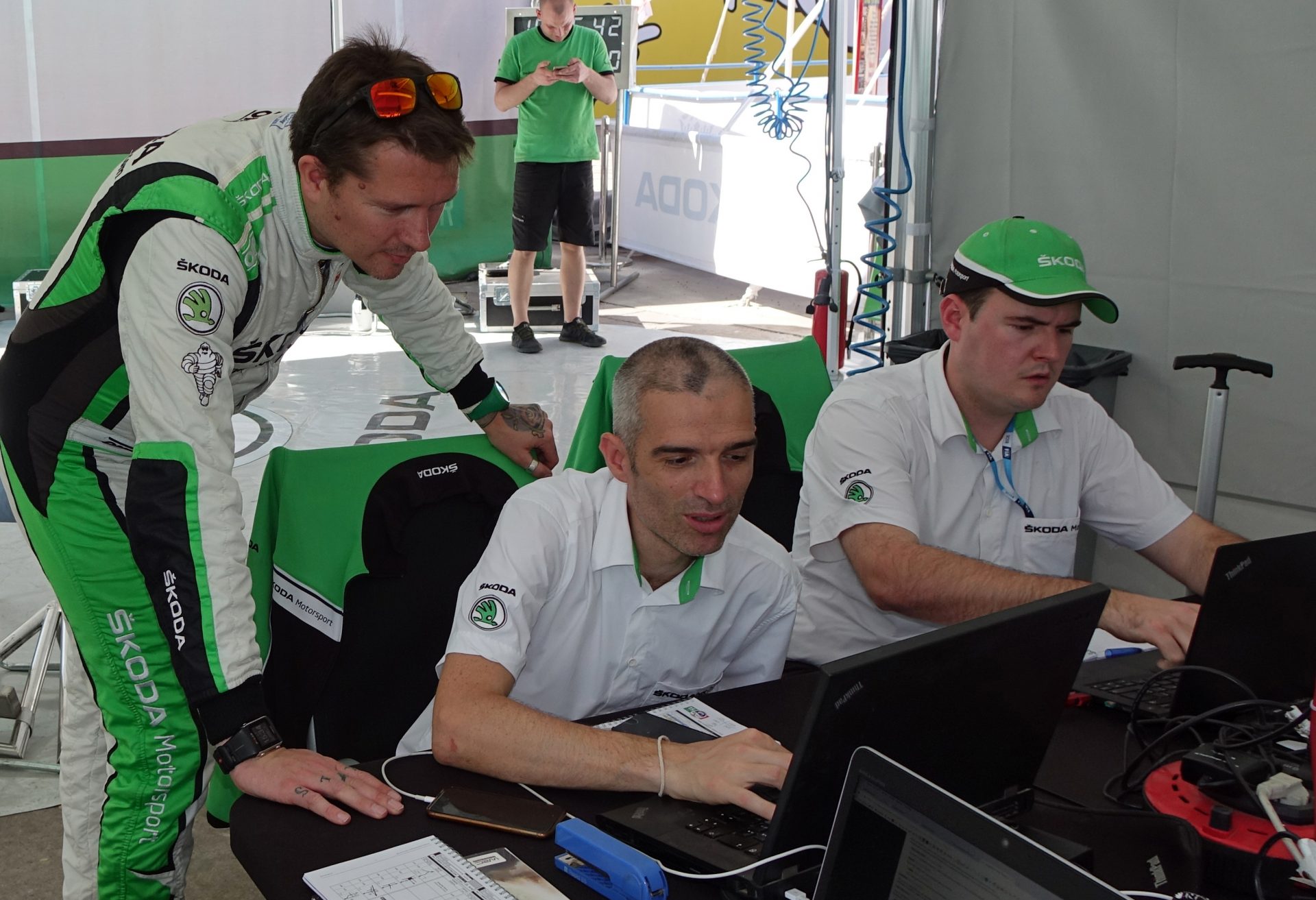 What Does Technical Chief Eric Mommey Think About Rally Finland?

Eric Mommey was born on 7 October 1977 in Lyon. His career in motorsport started in 2000, when he joined French team Oreca, running a Dodge Viper in the 24 hour races at Le Mans and Daytona. Soon after, he got his first taste of rallying in the S1600 Junior Rally Championship. From 2004 to 2007, he worked in the FIA World Rally Championship and he even took part in the great adventure of Rally Paris Dakar four times. In 2012, he joined ŠKODA to work on the S2000 project. He’s been working for the Czech brand since then and he’s a part of the success story of both ŠKODA FABIA S2000 and ŠKODA FABIA R5.

We asked Eric Mommey about his thoughts on the upcoming rallye and preparation of cars. What’s the hardest part from the technical standpoint?

How hard is it to find the right settings for Finland?

Mommey: Before each rally, we have a special testing program on roads which are similar to those which will used for the rally. Finland is a high speed rally and the most important thing is to develop a setup which makes the driver feel confident. The car must be stable and predictable in the fast corners and jumps. Otherwise, the drivers wouldn’t be able to go fast or they would go off the road.

Do the settings vary much throughout the rally?

Mommey: Usually, there aren’t many modifications, unless the weather changes and we have to adapt the suspension or the differential settings to improve the behaviour and grip of the car.

Is frequent jumping a problem for cars?

Mommey: Not really. Modern WRC and R5 cars have a good weight distribution and the suspension travel is enormous. The cars fly very well and the landings are quite smooth – as long as you stay on the road!

Any stage that’s got special requirements as for preparation of cars?

Mommey: No, the basic setup should work everywhere. Just one stage is unique – on the short street stage of Harju the drivers have to face a combination of tarmac and gravel passages.