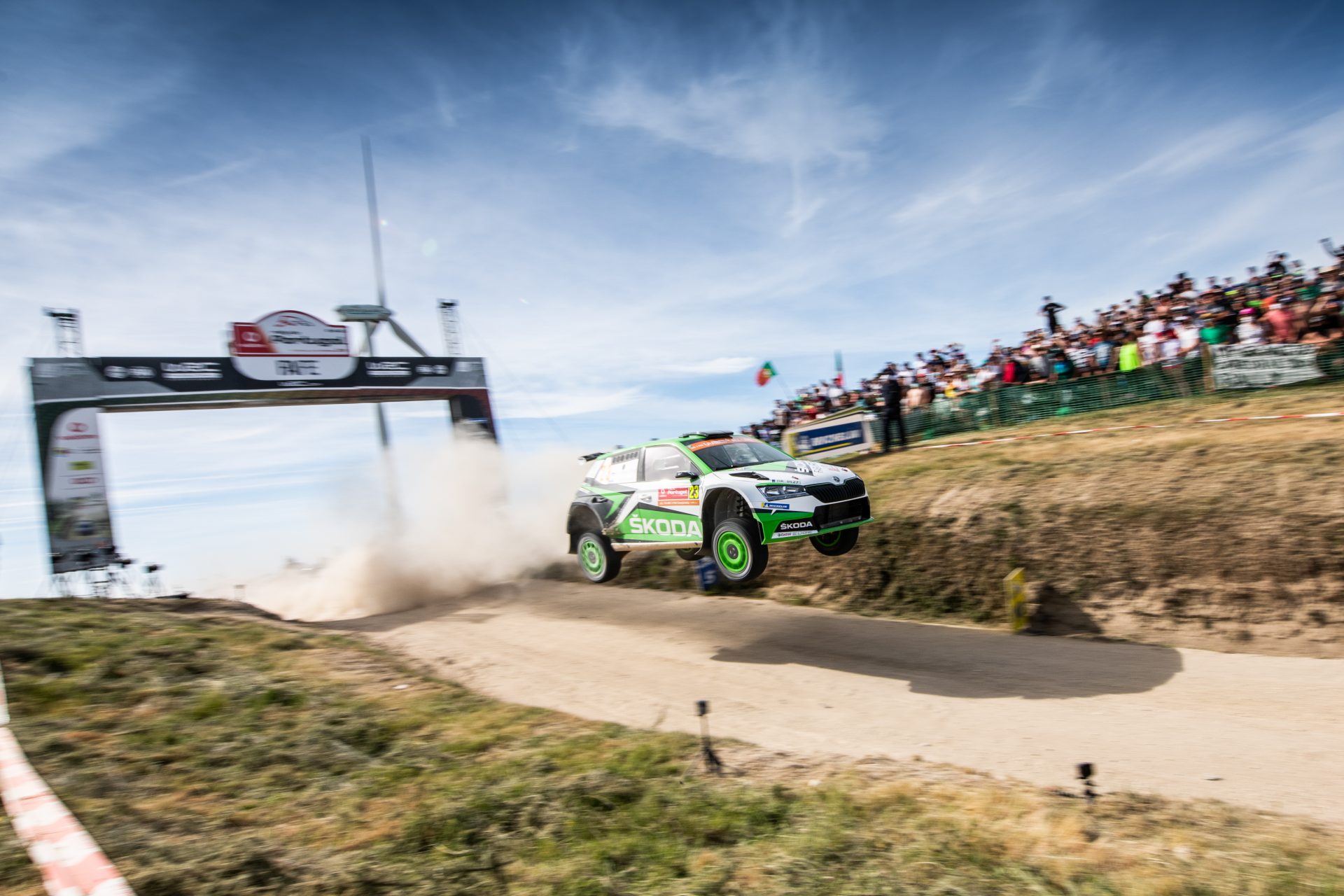 After a difficult premiere on the Croatian tarmac, the World Rally Championship (WRC) moves back to the well-known Portuguese gravel. Rally de Portugal holds a special place in the history of ŠKODA Motorsport, as it saw the premieres of the ŠKODA FABIA R5 in 2015 and the ŠKODA FABIA R5 evo in 2019. These two models can also boast an uninterrupted string of victories in the WRC2 and WRC2 Pro categories. Can the ŠKODA Motorsport customer teams maintain these great results this year?

Rally de Portugal has been through many changes during its history. When it became part of the WRC calendar in 1973, it was a combination of gravel and tarmac surfaces which, over time, became an all-gravel event. That, however, wasn’t the only change this rally had to make. In 2001, it had to be cancelled due to adverse weather and for the next few years it moved from to the northern part of the country to the Algarve region. In 2015, it returned to the north and, even though the soft, dusty terrain with a hard rock bed underneath makes it extremely difficult, it was named the best rally of the world five times in a row.

Another testament to this rally’s popularity is the entry list, which includes 42 Rally2 cars, including 18 ŠKODA FABIA Rally2 and Rally2 evo models from the customer teams. In the WRC2 category, one of the drivers fighting for the best possible result is 20-year-old Marco Bulacia from Bolivia and his Argentinian co-driver Marcelo Der Ohannesian. Both of them should feel right at home on the gravel. “After a long time, I can hardly wait to drive the ŠKODA FABIA in a gravel rally again,” commented Bulacia. The duo will drive a car prepared by Toksport WRT, a team supported by ŠKODA Motorsport. Unfortunately, their teammate Andreas Mikkelsen, who is currently leading this category, will not take part, due to testing positive for COVID-19. “Obviously, I’m devastated for the team. I really wanted to show that the ŠKODA FABIA Rally2 evo is the best car on gravel,” Mikkelsen said. “Although I don’t feel ill at all, I respect the rules completely and have gone into self-isolation. I will do everything to be 100 per cent fit for the upcoming Rally Italia Sardegna.” In the WRC3, the crews of Kajetan Kajetanowicz/Maciej Szczepaniak from Poland and Emil Lindholm/Mikael Korhonen, both in a customer ŠKODA FABIA Rally2 evo.

Rallye de Portugal will begin on Thursday, 20th May, with a ceremonial start in Coimbra. The Friday leg will follow with 123 kilometres divided into eight special stages. The last leg will take place on the Lousada rallyecross track, where the spectators will be able to watch two cars racing in parallel, something rarely seen in rallying. Saturday will be the longest leg of the rally, at 165 kilometres, finishing with the evening’s special stage in the streets of Porto, where a large crowd of fans is expected. It is, however, the last day of the rally that offers the most interesting spectacle of the show, the famed Fafe jump - which they will actually be doing twice!

The second runs of the stages will decide the outcome of the rally. Deep tracks are created in the soft, sandy gravel during second runs. These ruts often conceal sharp stones, which means the crews have to be extra careful. The key is to pick the right tyre. For the first time ever, the crews will be choosing between the hard and medium compounds of the Pirelli gravel tyres, which are being used for the first time in this year’s championship. The question remains: more grip or slower wear? Or a combination of both?

We will keep you cup to date with the latest news on the ŠKODA Motorsport social media.