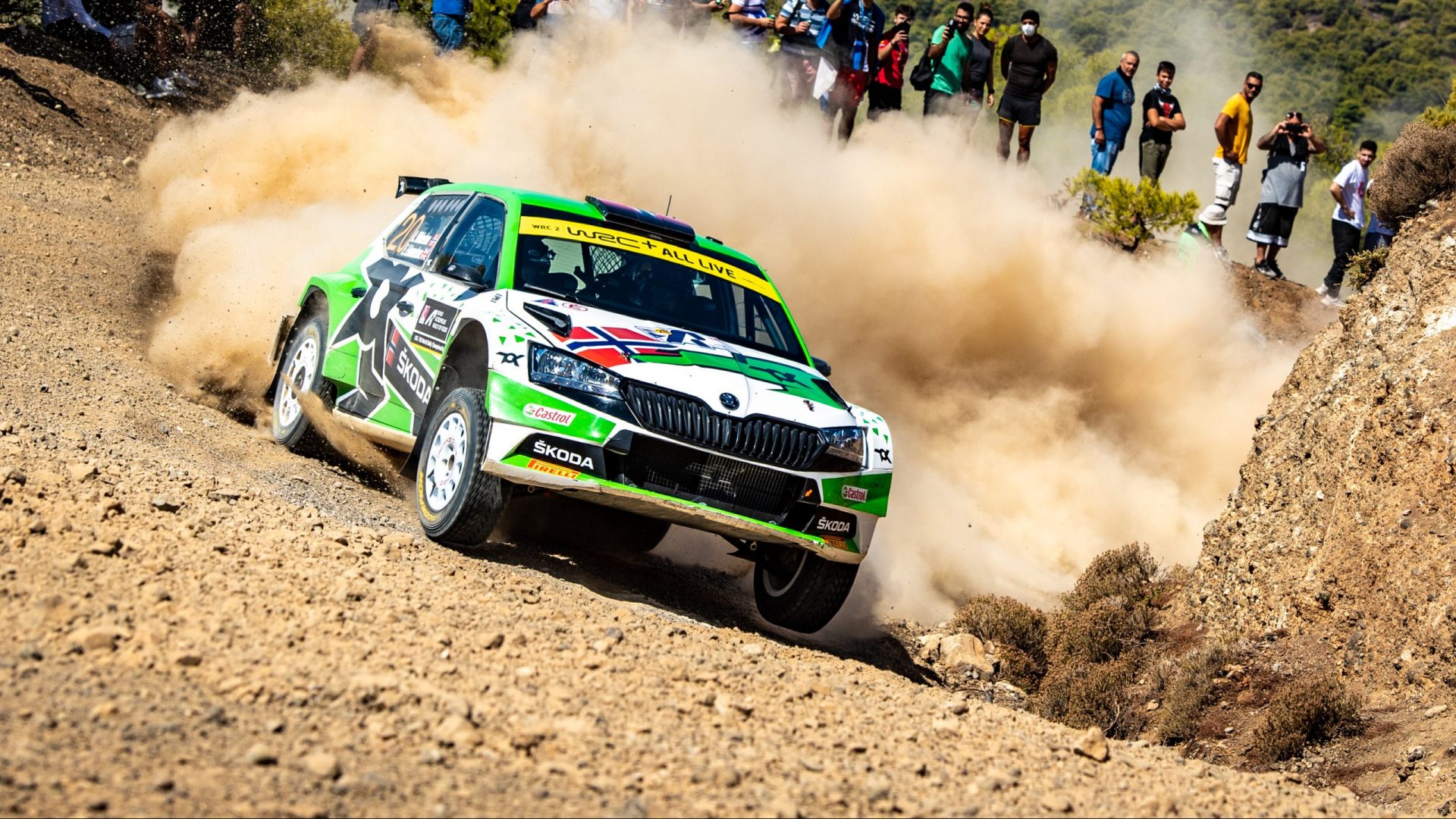 The gods are back | Acropolis Rally Greece

The Acropolis Rally Greece has returned to the World Rally Championship (WRC) calendar after 8 years and the iconic stages were not missing. With high temperatures, ubiquitous dust and rocky surfaces making them a real challenge not only for the crews, but especially for the cars themselves.

The history of the Acropolis Rally, also known as the "Rally of the Gods", dates back to 1953. Exactly twenty years later it became one of the events of the first ever World Rally Championship. It was part of it until 2013, with the exception of 1974, 1995 and 2010. Even then, the event did not cease to be attractive and from 2014 to 2018 it was part of the European Rally Championship (ERC). Along with the return of the Acropolis Rally to the WRC calendar, we once again saw the iconic Bauxites, Aghi Theodori, Elatia, Pavliani and Tarzan stages, originally known as Fourna.

The narrow mountain roads leading through the rocky landscape were full of pitfalls in the form of sharp rocks, steep cliffs and layers of slippery dust, which constantly changed the grip of the surface after the crews' passes. Together with the high temperatures, the Greek stages are a real challenge, especially for the tyres and the physical condition of the drivers. It was hard to acclimatise to the difficult conditions here, especially for the crews who were driving the Greek rally for the first time in their career, but even experienced drivers did not have a big advantage. In fact, most of the stages have been modified since the return to the WRC calendar to ensure greater safety.

However, crews with ŠKODA FABIA Rally2 and Rally2 evo cars were not deterred by the difficulty of the Acropolis Rally. Once again, ŠKODA cars made up the majority of the Rally2 group, namely 17 cars out of 36. Andreas Mikkelsen, the leading driver in the WRC2 category after eight rounds, could not be missing in Greece. In 2013, he finished fourth overall on the Acropolis Rally and he certainly didn't set his sights low for this year's event. “I definitely want to build on my experience. What really makes me confident, is the speed and robustness of my ŠKODA FABIA Rally2 evo on tough gravel roads. I know, that I need a top result in Greece to keep my title chances alive and I will definitely go for it,” says the Norwegian driver before the rally. His team-mate Marco Bulacia with co-driver Marcel Der Ohannesian, who are very fast on the gravel stages, had an equally ambitious target. Before the start of the rally, this crew was in 3rd place overall, so the goal was naturally to get the best result that would bring them closer to second place. Both of these crews were competing under the ŠKODA Motorsport-supported Toksport WRT team, which entered a total of six ŠKODA FABIA Rally2 and Rally2 evo cars in the Greek event. However, ŠKODA Motorsport once again supported all of its customer teams with the presence of technical staff on site at the rally, including a fully equipped spare parts truck.

In the WRC3 category, the Polish crew of Kajetan Kajetanowicz and co-driver Maciej Szczepaniak decided to fight for the top positions, as in previous years. This season, the team won the Croatian and Portuguese rallies, came second in Estonia, but did not fare too well in Italy. The aim for Greece was to reduce the gap to the leading crew of Yohan Rossel/Alexandre Coria. The other favourites in this category were two crews from the Toksport WRT team, 2019 European champions Chris Ingram/Ross Whittoc and Emil Lindholm/Reeta Hämäläinen.

The Greek rally kicked off on Thursday 9 September with the opening ceremony at the foot of the Athens Citadel in the Acropolis with the only urban stage on asphalt. The ŠKODA FABIA Rally2 and Rally2 evo crews got off to a very successful start and immediately dominated both the WRC2 (Andreas Mikkelsen/Elliott Edmondson) and WRC3 (Kajetan Kajetanowicz/Maciej Szczepaniak) categories. All the other stages were on gravel mountain roads, which are similar in difficulty to the extreme Turkish rally and are therefore undoubtedly among the most demanding on the WRC calendar.

The WRC2 category was dominated by ŠKODAs almost all the time. Andreas Mikkelsen and his teammate Marco Bulacia were in a battle for the first place right up to the last stages. At the finish line, however, the tie was decided by 16.3 seconds in favour of the Andreas Mikkelsen/Elliott Edmondson crew, who extended their lead in the WRC2 category. For the Marco Bulacia/Marcel Der Ohannesian, however, second place was a great result, which earned them second place overall in the category. „I am very pleased with our job this weekend. Today Andreas was faster, but we had a very good pace and we are happy to bring the ŠKODA FABIA Rally2 evo back home without problems,“ Bulacia said.

You can enjoy the winning atmosphere of the Acropolis Rally's mountain gravel stages in the following photos. We have also prepared some of them as wallpapers for your mobile phone.