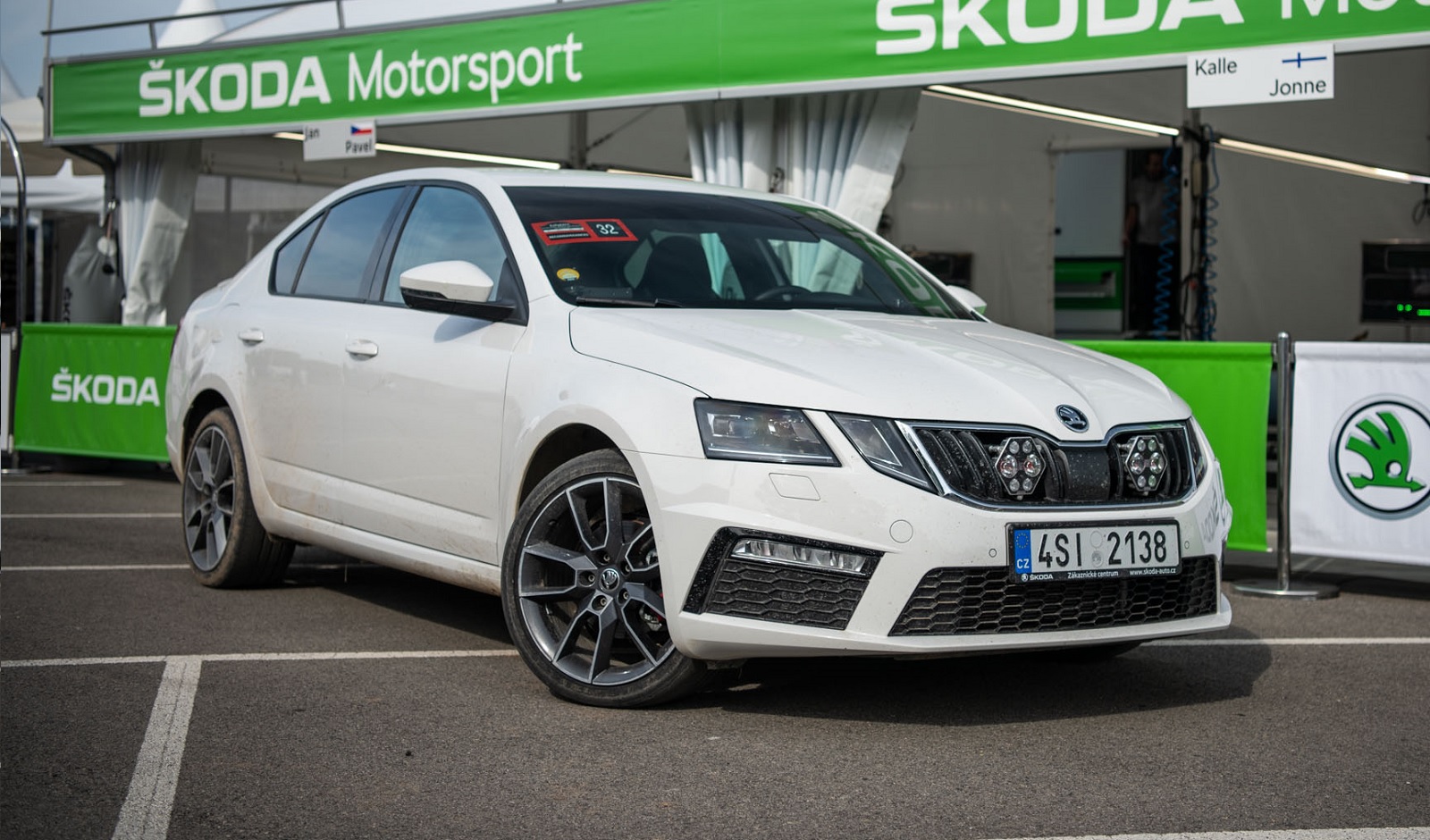 Today’s rally cars have very little in common with the cars you see in the streets. From the technical point of view, the massively successful ŠKODA FABIA R5 is a whole different animal than a production FABIA. Still, there is a car that’s absolutely essential for the success of ŠKODA Motorsport works team and, at the same time, almost identical to one you can buy right now. It’s called a “recce” car, as it’s used for reconnaissance of the rally’s track.

Before the rally itself begins, the crews are given a chance to drive through the stages in normal traffic – which, of course, means they have to drive a standard production car.

During recce, the traffic laws are obviously in force, including the speed limits, which are also enforced by the rally’s organizer, using GPS. Recce is not only about getting to know the stages, but also about fine-tuning the pacenotes, so there are no surprises during the hot runs. On the first recce run, the driver dictates notes to the co-driver, who writes them down. During the second pass, the co-driver reads them out loud and the driver corrects and fine-tunes them. Read more about this topic here: Secrets of a Rally Navigator.

Much like the rally car, the recce car also needs to be as rugged and durable as possible. Although the recce takes place under “normal traffic conditions”, the environment of rally stages is usually a long way from from anything you would expose your daily car to. The surfaces can be brutal to the vehicle, especially on gravel stages. The recce car has to cope without any hiccups.

That’s why ŠKODA Motorsport works team picked the ŠKODA OCTAVIA RS 2.0 TDI 4×4 as their recce cars. Why diesel? The most powerful diesel variant of the popular OCTAVIA, with its 135 kW/184 PS engine, also offers all-wheel-drive and enough durability to cope with the challenging conditions of the world’s rallies. This ruggedness, combined with the 4×4 system, is what the crews value most in this model.

Still, although the OCTAVIA RS 2.0 TDI 4×4 may seem destined to be a recce car, it needed some modification to survive in the rough world of rally stages. Visually, the most obvious difference is the use of smaller, 16-inch wheels with higher profile tyres for gravel rallies. These wheels are more suitable for the broken surfaces of gravel stages than the standard 18- or 19-inch wheels, which are visually striking and much more effective on the road, but also much more fragile.

Another difference from the standard car are the shock absorbers. They use different settings for the same reason – the production OCTAVIA RS is designed for dynamic driving on the roads, not for charging at breakneck speed over broken gravel roads. That’s also the reason why the standard car doesn’t need the protective covers for engine, gearbox and rear differential, which are also added for recce.

The last two small but important changes are not about the mechanical components of the car. For recce runs at night or in lower visibility conditions,the OCTAVIA RS is fitted with two auxiliary LED headlights on the front grille. Because the preparation of pacenotes requires precise timing, the cockpit is fitted with tripmasters that help with the accurate measuring of time and distance.

Other than that, the recce cars are completely stock, exactly as they left the factory, or exactly as you can purchase them at your nearest ŠKODA dealer. The FABIA R5 is a car that you can’t, unfortunately, take on a family holiday or use for a daily commute. With the OCTAVIA RS 2.0 TDI 4×4, you can enjoy your daily driving secure in the knowledge that you’re using the same machinery that Jan Kopecký or Kalle Rovanperä are glad to depend on.