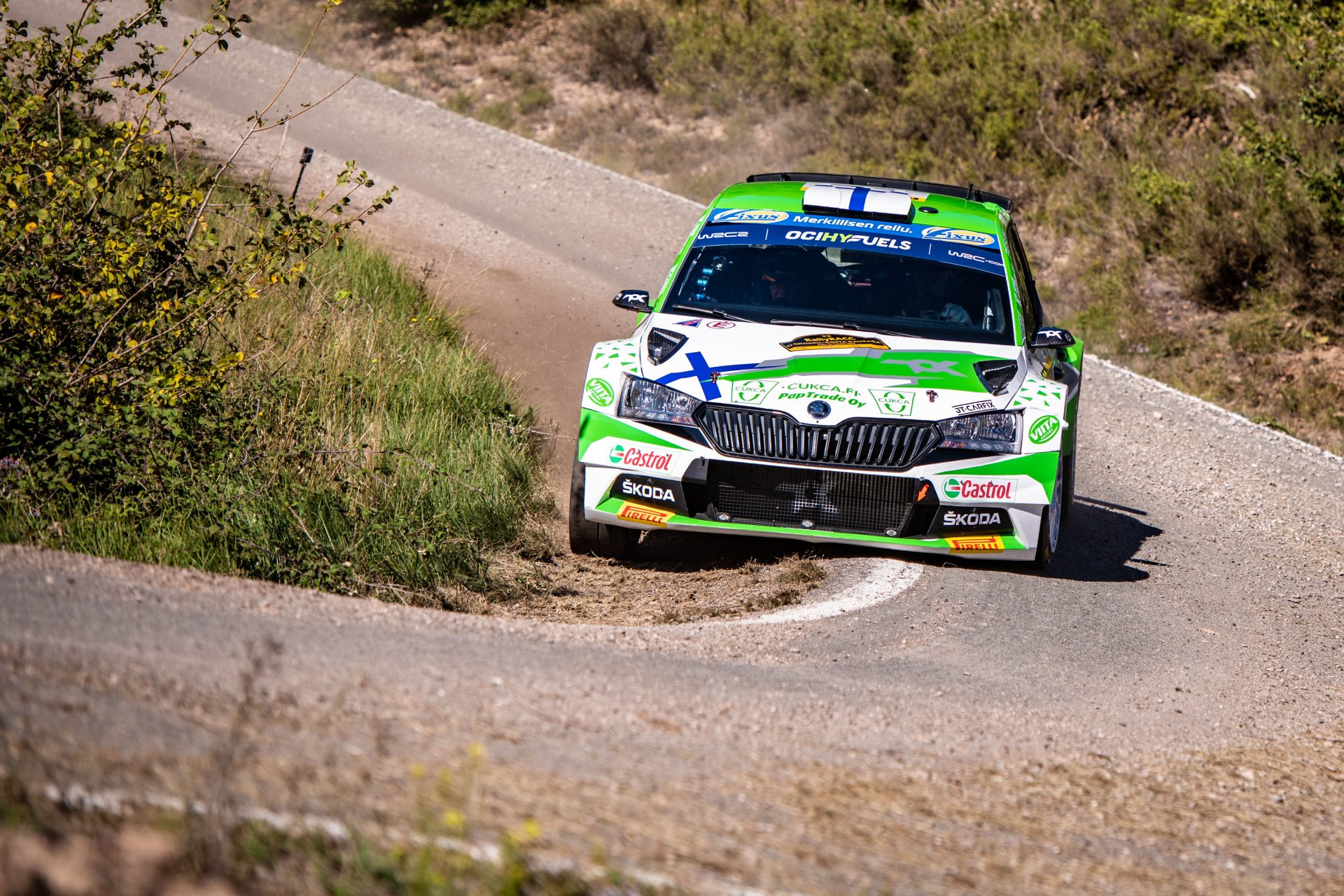 The 2022 season is coming to its finale, but even the penultimate round of RallyRACC Catalunya has not yet revealed which of the three drivers in the ŠKODA FABIA Rally2 evo will become this year's WRC2 World Champion. However, one title has already been decided!

The Spanish RallyRACC Catalunya has been a traditional World Rally Championship event since 1991. It used to be particularly special due to the combination of two surfaces in one event, which made for an interesting spectacle in the service park during the transformation of the cars from gravel to asphalt specification. In 2021, however, the surface of this rally changed to pure asphalt, but despite such a change this rally certainly has not lost its attractiveness. The smooth and fast Spanish tarmac with the grip of a race circuit can still give the crews a hard time. This year, Emil Lindholm and Kajetan Kajetanowicz experienced it once again.

The duo wanted to increase their points in Spain before the last event of the season - Rally Japan. Both of them have a chance to win the WRC2 title, the leader board forwhich is currently headed by Andreas Mikkelsen. However, Mikkelsen has already completed his seven permitted rallies and will have to wait and see how the battle between Lindholm and Kajetanowicz turns out. The Finnish crew started the competition in style and won the very first stage. However, SS2 was unfortunate for them as their ŠKODA FABIA Rally2 evo, operated by the TOKSPORT WRT team, spun and then had a puncture. This meant a loss of almost a minute to the overall first place in the WRC2 category and a big advantage for the Kajetan Kajetanowicz/Maciej Szczepaniak crew. However, the smooth and fast asphalt did not forgive a mistake even for this crew, which looked off the track during SS6 and lost its lead over the Emil Lindholm/Reeta Hämäläinen crew.

From that moment on, both crews fought mainly to gain as many points as possible in the overall championship standings. Emil Lindholm/Reeta Hämäläinen scored 12 points for the 4th place in the WRC2 category, plus 3 points for the fastest time in the Power Stage. Kajetan Kajetanowicz/Maciej Szczepaniak finished sixth with 8 points.

Both crews will enter the final event of the season - Rally Japan - with 104 points each, 5 points behind Andreas Mikkelsen. The WRC2 World Championship title will thus be decided at the very end. However, one thing is certain; the winning crew in the WRC2 category will again drive the ŠKODA FABIA Rally2 evo this year. Despite the points tie after the Spanish rally, the Finnish crew can still be more pleased. Emil Lindholm finally confirmed his WRC2 Junior Championship title on the RallyRACC Catalunya stages.