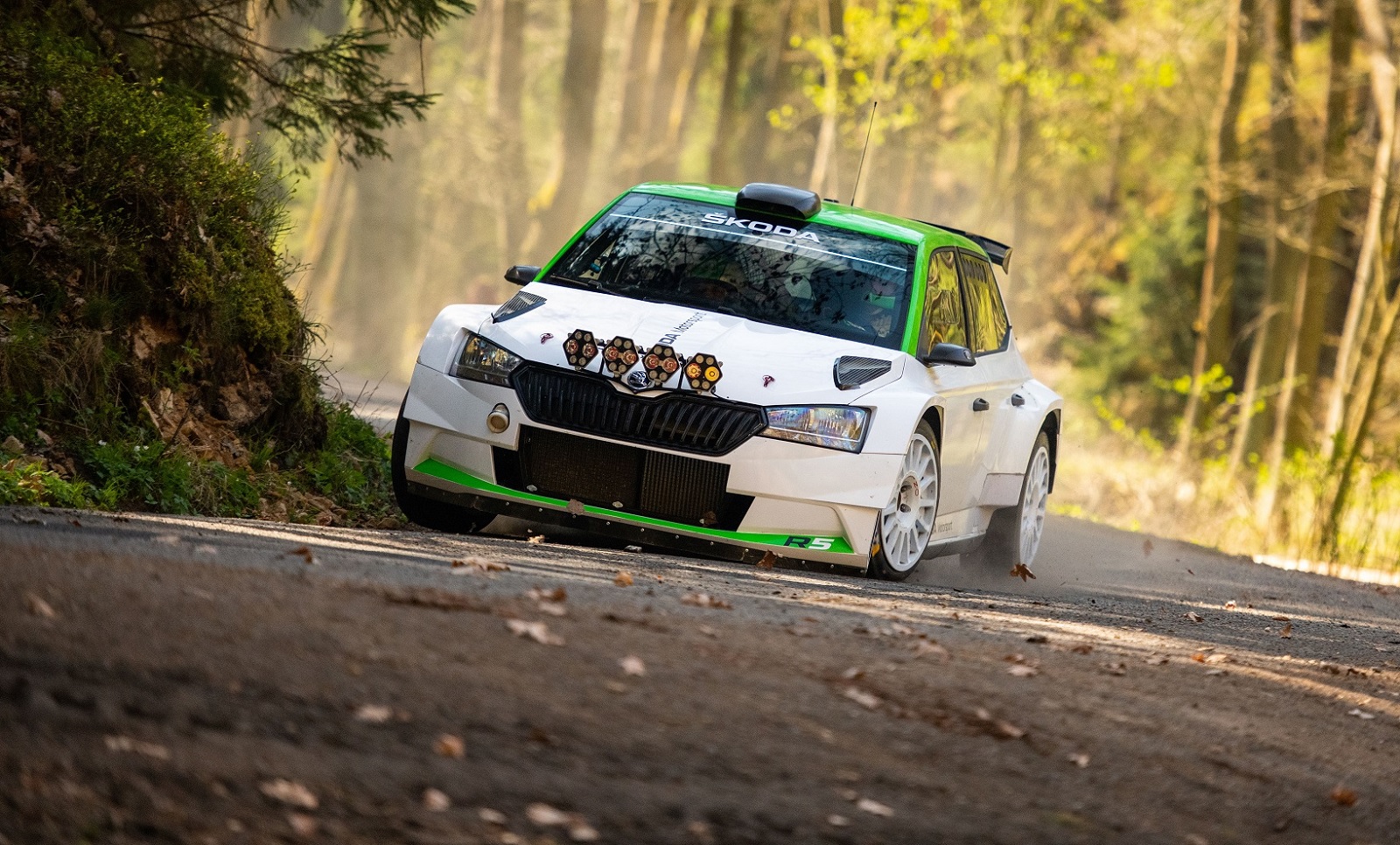 The updated version of the ŠKODA FABIA R5 is ready for competition. After the world premiere in December last year, it has been homologated by the international motorsport federation FIA and is now eligible for competition. After essential mileage of an extended test program on gravel, tarmac, snow and ice, the updated ŠKODA FABIA R5 is now following the footpath of its predecessor, the most successful rally car of the Czech brand. The optimization has touched technical key components, which will be appreciated by the future clients.

Even faster and tougher

Like the actual generation of the ŠKODA FABIA series production car, the updated ŠKODA FABIA R5 shows the new headlight design and an even more distinctive front. At the same time, the rally car was technical improved concerning performance and reliability. The rally car features an improved engine performance in comparison with the current version. The 1.6-litre turbo charged engine was upgraded improving power output and driveability. The engine is equipped with a new oil pump with an improved hydraulic regulation, an electric water pump and a new, more effective cooling system. The waste gate of the turbo is now electrically operated and an adapted transfer between crankshaft and alternator secures better engine power during acceleration.

New engine electronics, including a Magneti Marelli control system and a new display, are on board as well. The gear ratio has been adapted to the new engine characteristics and the transmission offers on top of that an increased lifetime. The bodyshell has been strengthened, a new roll cage according to the FIA 2019 regulation has been fitted. The new steering has a more direct ratio, longer wheel travel offers better traction.

New car for Kopecký and Rovanperä

ŠKODA Motorsport boss Michal Hrabánek says: “The improved ŠKODA FABIA R5 is a follow-up of our successful R5 project. The entire project ran according to the originally planned time schedule. The successful homologation occurred following and respecting the new FIA safety standards. Now we are concentrated on the launch of the new car and at the same time starting the building of the first customer cars.”