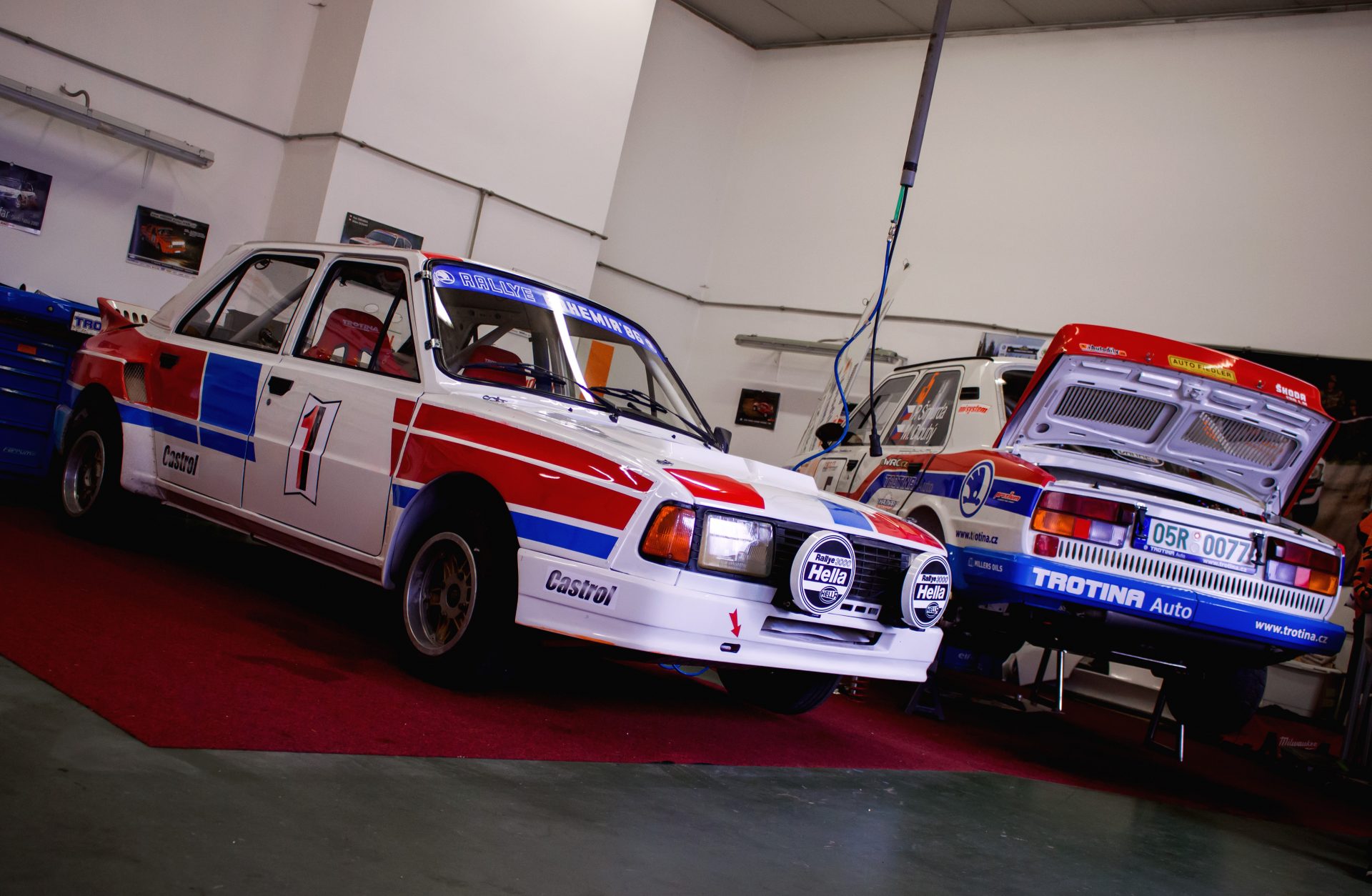 The ŠKODA 130 LR was not only one of the very last rear-engined ŠKODAs, but also one of the last rear-engined rally cars ever. Now, you can watch it drift its way around an improvised gymkhana course. What’s the story behind the video and how did one enthusiast end up with four of these rare beast? Read on!

When Petr Šimurda was a kid, breathlessly watching John Haugland tearing up the rally stages in 1980s Czechoslovakia, he may have dreamt about owning one of these cars – but he probably never imagined that he would end up with four examples. After all, owning any four cars, let alone rally specials, was almost unheard of in Czechoslovakia at the time.

Later, as an adult, Šimurda got to drive a stock ŠKODA 130 in the military and became even more fond of the model, which was one of the most plentiful cars in the country. To encounter a real rally version was (and still is) rare, however.

Then, almost 20 years ago, Šimurda found a dilapidated car in a ravine behind a farmhouse, where a flood had thrown it. He bought it and, in 2002, he spent around 2,000 hours restoring it to rally specifications in order to take it back where it belonged – to the racetrack. He used it in the national autocross championship until 2006. By that point, he had other cars in his garage to race, and this one could be retired to attend fun events like historic car meets or children’s days.

Now the car has been given a role in a new video, which sees it drifting and doing donuts around Šimurda’s company premises. Just how is it possible for an old rear-engined ŠKODA to slide around with such ease, churning clouds of smoke from its rear tyres?

Even though it still looks vaguely similar to the popular line of ŠKODAs 105, 120 and 130, in reality, it goes far beyond the original 130 LR rally car. It can be best described as a replica of the 130 LR EVO, a rally car developed for the stillborn Group S.

Probably the rarest part of the car is a 1,500 cc engine with a five-bearing crankshaft, of which the ŠKODA factory made only 10 examples (or thereabouts). It transfers its power to the rear wheels via transmission prepared by Kalmar Motorsport, in a factory casing. The most obvious modifications from a visual standpoint, though, are the wide fender flares and the new axles with increased track – created in-house by Šimurda and his colleagues.

The result is a car that may look like any old ŠKODA, but is, in fact, a real rally beast – as you can see in the video. And it’s not alone in the garage. It shares its living space with three other cars: a very period-looking 130 LR racecar, built from one of the original homologation cars; an orange rally-spec 130 LR made by the MTX company in the 1980s (LA MTX), a faster and more modern take on the historic rally car; and another orange car that’s equipped with an engine from a ŠKODA OCTAVIA and used for autocross.

The other cars are, however, a topic for another time. For now, enjoy this stunning video of Petr Šimurda drifting his 130 LR EVO round a gymkhana course!