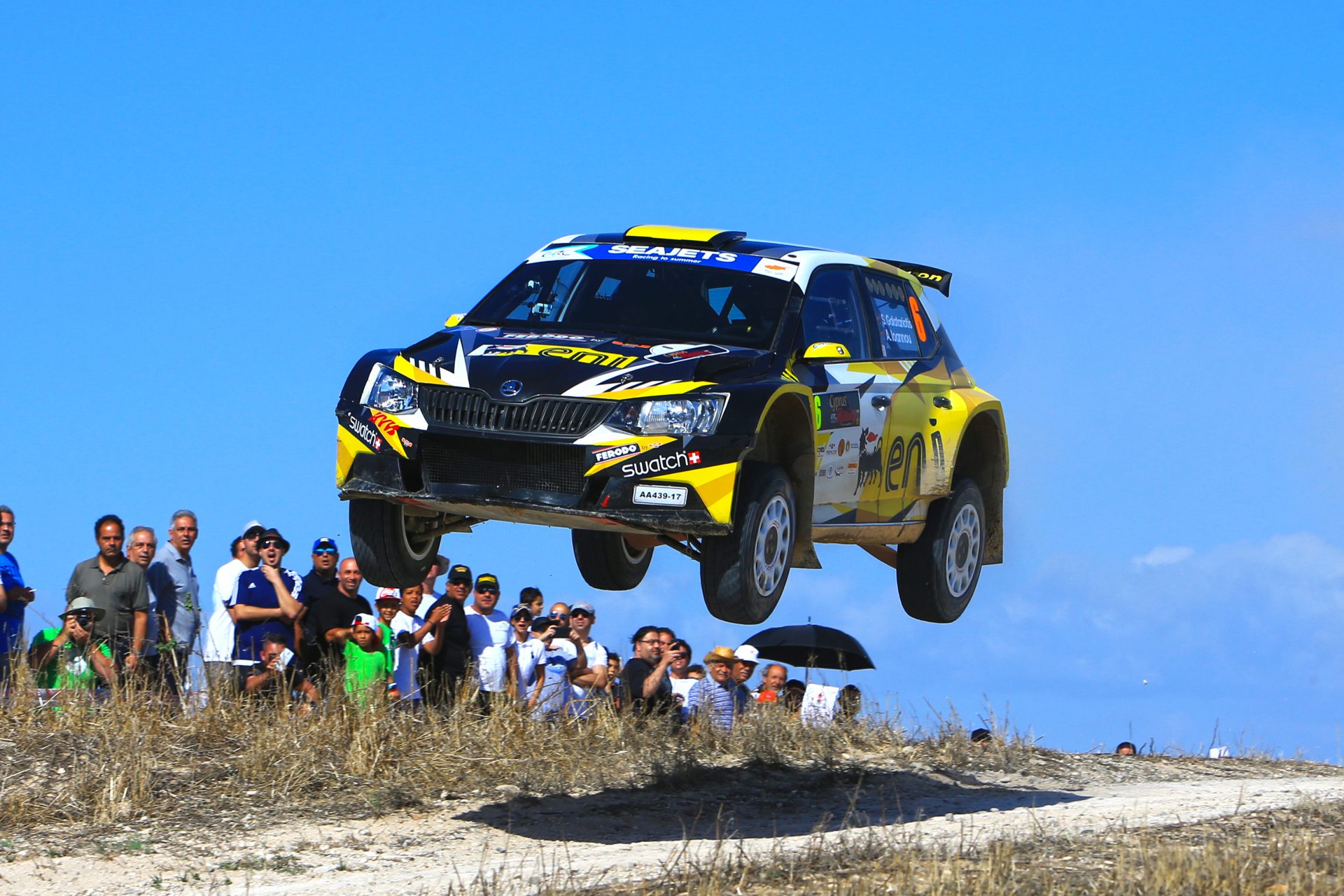 We Ask the Champions: Why is FABIA R5 So Successful?

In 2018, ŠKODA FABIA R5 was a dominant force in both WRC 2 and various national and regional championships in the world, winning many of them and taking up spots near the top in almost all of the others.

Such a dominance is rarely seen in competition and it brings up interesting question. What makes a car so much faster than its rivals and what are the most important factors in its success? We decided to get an opinion from those who should know best – the drivers who drove FABIA R5 to its many titles around the world.

We gave them a series of questions on the topic, and today, we bring you the answers for the first one.

FABIA R5 achieved many wins around the world, including yours. What makes it so successful, in your point of view?

I think it is because the FABIA R5 is a perfect mix of speed and durability.

Fabia R5 is a very fast and reliable car, I think that‘s the key to winning.

It is a very fast car but also very, very reliable. For me, it’s the ideal car to participate and
win a championship.

Because is the best R5 Rally car on the market, with a nicely balanced suspension.

From my point of view, the ŠKODA FABIA R5 is the most advanced and most reliable R5 car. When you are on a stage you can have full confidence in your car and its performance. Since I started to drive a FABIA R5 in the beginning of the 2016 season, we’ve been always surprised of the pleasure we took and never been bored at his wheel !

As an ambitious and progressive young driver it’s important for me that I choose to drive a fast and reliable car. Additionally, it is important for my SRT team to partner with a manufacturer who provides a high level of service to us.

The FABIA R5 and ŠKODA Motorsport team have provided me with during this year, enabling me to win the Junior U28 ERC title.

ŠKODA FABIA R5 is a very fast and solid rally car. In my point of view, ŠKODA Motorsport gained a lot of knowledge in the past, enabling them to build a title-winning car.

The FABIA R5 is a very fast and reliable car, with performance that improves all the time. The effort of the team and its engineers and technicians to build a high performing car have been rewarded with numerous titles and victories.

In my opinion, the first key to the success of FABIA R5 is its durability. Another big advantage against other R5 cars are its wide power band and gearbox ratios. I drove all cars available in the R5 class (Ford Fiesta, Citroën DS3, Peugeot 208) and the FABIA R5 is the most durable one. For example, after 300 kilometres of special stages, the car is still like new. Its reliability is really fantastic.

From our point of view, the key to the FABIA R5’s success is its reliability and wide range of available settings, so it is able to perfectly suit the needs of the crew.

It is obvious that ŠKODA Motorsport have developed a legend and a benchmark in the R5 category. The success of FABIA R5 comes from extensive research and development put in by the factory team. The professional approach of ŠKODA Motorsport is another important factor in FABIA R5’s success.

FABIA R5 is extremely strong and durable car, being very quick at the same time. The ARC with its tough conditions – extreme temperatures and rough roads – is the perfect place to prove this.

We have managed to win in every outing at African Rally Championship in 2017 and in 2018, we won 5 out of 6 rounds. This really shows how great this car is.

The car is extremely reliable, with a good engine and great suspension package. What else do you need?