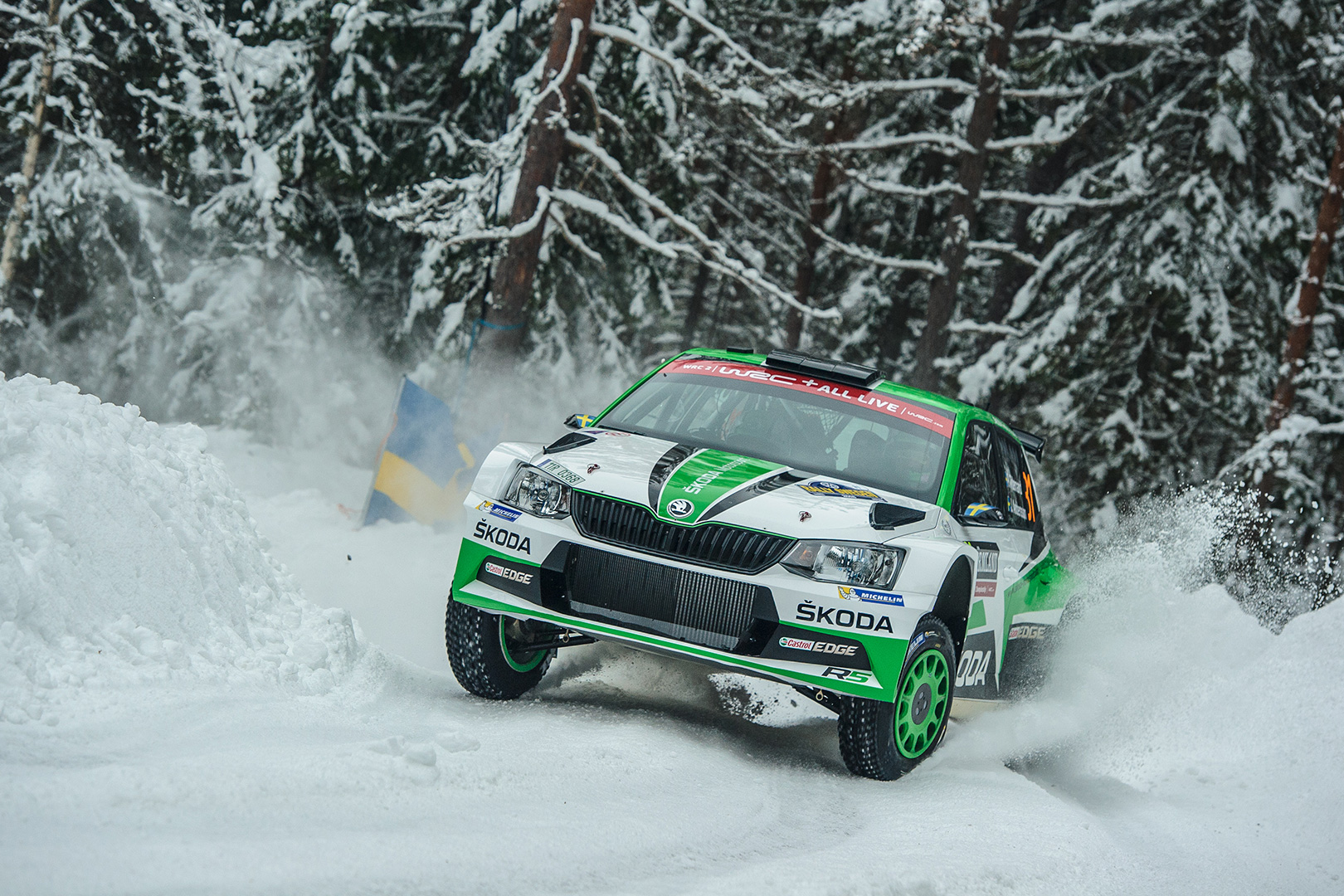 The winter is here (at least in the Northern Hemisphere) and with it usually comes snow and ice. For some people, it is a source of joy, a synonym for building snowmen, having snowball battles, skiing, ice-skating and lots of other fun stuff. Many motorists, though, dread this part of the year and are scared by the idea of driving on snow or even ice. We can’t really blame them – on snow, you lose big part of your grip and traction, it becomes harder to brake, turn or accelerate, cars start to behave in strange ways and to make things worse, you often don’t see out of your snow-covered car.

Our rally drivers, having conquered the treacherous snow-covered stages of Monte Carlo or Rally Sweden, know a thing or two about driving in snow. While we don’t expect you to drift around snowbanks at triple-digit speeds any time soon – and we wouldn’t advise you to do that on the road anyway – we have a few tips for you that may make you feel safer and more comfortable on the snow.

If you are going to drive on snow and ice a lot, or even on dry roads in freezing temperatures, the first thing you need to do is to make sure you have the right tyres. That, of course, means fitting a set of winter rubber, or at least all-season tyres. The summer tyres become stiff in winter temperatures and their tread is not suited for driving in snow, which means they lose grip, massively increasing the braking distance and making the car much more likely to skid. The best solution is always to have two sets of tyres, in the same way FABIA R5 uses different tyres for snow, gravel and tarmac, as all-season tyres are always a compromise.

It is not enough to have a winter rated tyres, though. On the snow and ice, it is even more important than ever to keep an eye on its wear and its age. It is quite obvious that with worn-out tread, the benefits of a winter tyre start to vanish, so you should never let your tyres go below 3 milimetres of tread. What’s less obvious to many drivers is the tyre age. As years pass, the tyre loses its qualities and becomes stiffer. Generally, you shouldn’t use winter tyres that are older than four years.

2. Speed Is Not Your Friend

While it may be tempting to think of yourself as a rally driver, skilfully sliding your car through the snow-covered corners, the speed is even more dangerous on snow. Even on good winter tyres, you grip is massively diminished on snow, making braking, turning and any kind of evasive manoeuvres much more difficult – and everything takes more time than you’re used to. Slow down, leave a lot of distance from the car in front of you and be prepared for the unexpected. Rushing it is not the way to get anywhere on time in winter. It is a way to end up in a ditch.

As you know, rally teams put great care into cleaning their cars at every service. One reason is that any damage becomes easier to be found, the second is that having a clean car is important if you want to see what’s happening around you. In winter, it pays off to thoroughly clean your car before you drive. That doesn’t mean just swiping your windscreen clean and brushing the snow or ice away from side windows. It is important to get rid of any snow, anywhere on the car. It may seem that a layer of snow on your bonnet or roof will do no harm to anything. However, that’s only true until the moment the airflow around your car starts to throw the snow from your bonnet to your windscreen, limiting your vision. Or until you brake and all the snow from your roof ends up, again, on your windscreen. A couple of minutes with a brush and an ice-scraper is definitely worth it!

4. Assistants Can Save You

No matter how good driver you are, you will never be able to simulate the way ABS keeps your wheels right on the threshold of locking when you brake. And you can’t even get close to the way the ESP brakes individual wheels, preventing the skid or even helping you recover from it. While our rally cars don’t have these systems, because the rally is about comparing driving skills and rules don’t allow electronic assistants, remember that you are not on closed rally stage and that you are not a professional rally driver. Keep those systems on at all times – but don’t rely on them. Even the best electronic assistant can’t help you when you lose all your grip. The best way to stay safe is to drive like you don’t have any electronic help, while keeping it on.

There is a lot to be said about controlling a car on snow and ice, but one general rule sums it up nicely. Everything you do, be it braking, turning or accelerating, you should do in as smooth way as possible. Any kind of abrupt manoeuvres can disrupt the balance of the car and cause the wheels to lose grip. Always try to brake gently, steer carefully and take it easy with accelerator. The less you are trying to force the car to do something, the better is the chance that you will retain your grip even on slippery surface.