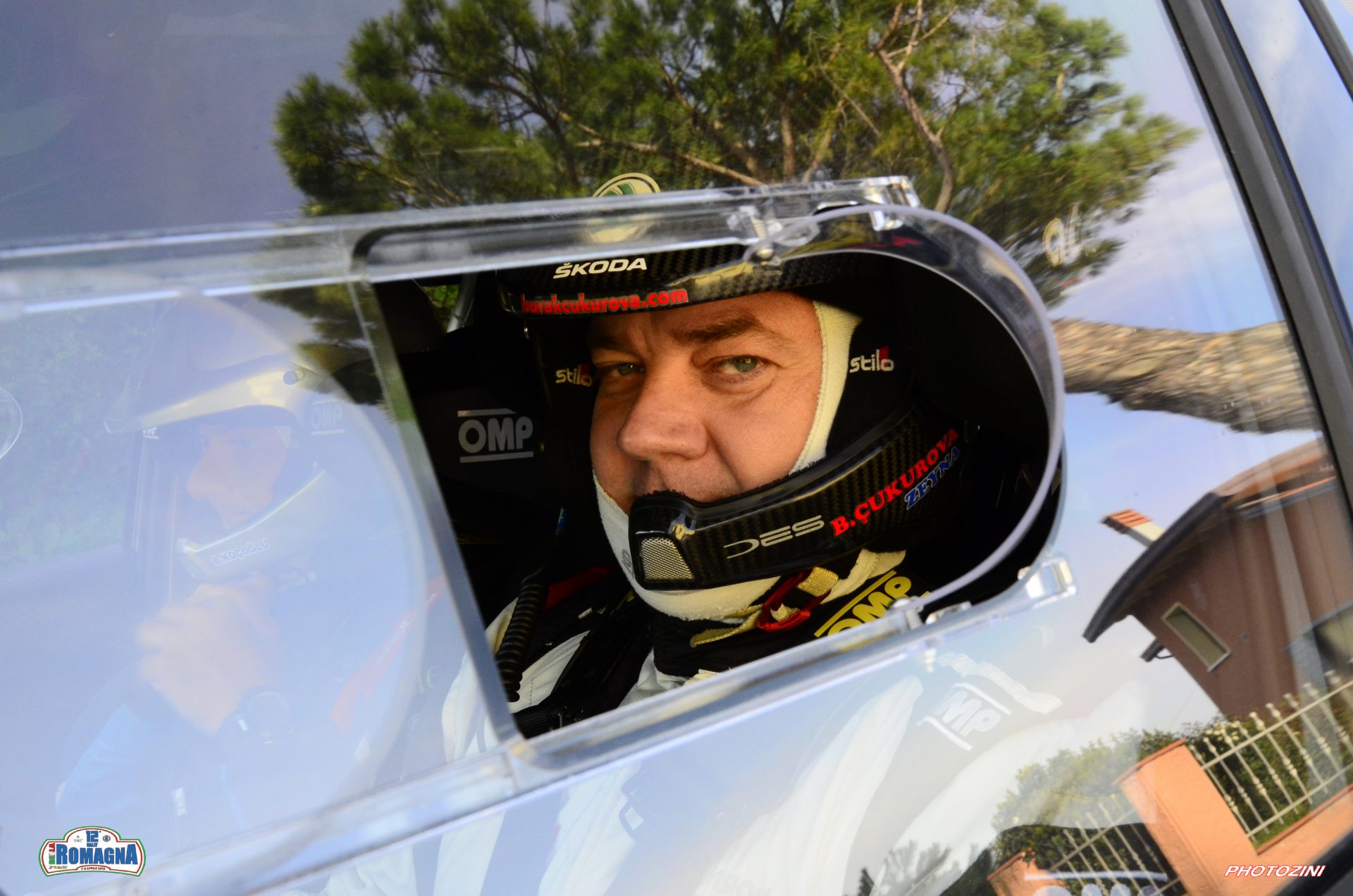 Burak Çukurova: I Think I Have At Least 20 More Years

After a career spanning almost 20 years, Burak Çukurova first became Turkish Rally Champion in 2017, after he switched to FABIA R5. In 2018, he repeated his success and now he’s looking to complete his hat-trick in 2019. He’s also running his own rally team, BC VISION Motorsport, trying to increase the popularity of rallying in Turkey and helping other drivers achieve great results.

Before his 2019 season starts, we asked Burak Çukurova about the last year’s successes, his career and his beginnings in rally, and, of course, about his future. How many rally cars has he driven, and what was the first time ŠKODA cars caught his attention? Read our interview!

Let’s start from the beginning. When and how did you start being interested in rallying?

My father was a rally driver for Renault Turkey and I started going to rallies in 1986, when I was 8 years old. I would help with the catering or washing the car. It was a really great passion for me, I was really excited any time I saw a rally car. In 1992, I got into karting, but I always wanted to go into rallying. In 1999, I did my first rally, in a Ford Ka.

You were 8 years old when ŠKODA 130 LR won the Marlboro Günaydin Turkish Rally. Were you already following the rally by then?

Yes, that was the third rally I watched. It was a really big, muddy rally and a great success for ŠKODA, beating four-wheel drive cars like Mohammed Bin Sulayem’s Toyota Celica.

How and when did you first get into rallying? What motivated you?

I always wanted to go into rallying, but I had to wait until I got my driving license. I finally got my start in 1999, driving in the Ford Ka Cup, a series with 10 identical Ford Kas. I became the champion among them right in my very first year.

In your career, you had opportunity to drive many different rally cars, including most of the current R5 class. Which one of them is your favourite and why?

Over the course of my career, I’ve driven 22 different rally cars in 11 different categories and 37 different colour schemes. Each of the cars has its own importance for me, but my favourite ones are the ŠKODA FABIA R5, the Renault Clio Super 1600 and the ŠKODA FABIA S2000. I’ve done 35 rallies with ŠKODA cars and I’ve never had a single technical problem. That gave me a lot of confidence, which is very important for a rally driver.

My motivation was the fact that there wasn’t a good rally team in Turkey, all the teams here were on too basic a level. When I went to Europe, I saw lots of teams, I saw the details of how they worked and the latest trends in rallying. I wanted to introduce this in Turkey as well, so I founded BC VISION Motorsport. Running a rally team in Turkey is really hard, though, as there are only 7 rallies and the economics are not very good. Still, my team is working with top cars and we offer a really good service to our crews.

Turkey isn’t really a country that comes to mind when one thinks about rallying. How popular is rally in your country? What can you tell us about rallying scene there?

In Turkey, rallying is not a very important sport. Football is the most popular sport among the people here and I’m working hard to increase the number of rally fans. Our sport is not cheap and I have to tell a very detailed story to our sponsors. Without sponsors, it’s not easy to stay in this sport. I’m lucky to have support from ŠKODA TURKEY, which is something I’m really happy about.

Last two seasons were probably the most successful in your career. What’s next? Do you plan to go even further?

Yes, I became Turkish Rally Champion in both 2017 and 2018 and our team won the team title. These are not my first successes, though, I became an F2 champion in the past and I have won other things. In this year, I want to continue in Turkish Championship, and I also want to do three rallies in WRC and three in ERC. Right now, I’m looking to raise budget for that, but as you can imagine, it’s not easy.

You’ll be 41 years old this year. How long do you plan to stay in motorsport?

It’s true that I’m not young anymore. Still, I remember that when I was at Rally du Var in 2008, Dany Snobeck became a 2008 French Rally Champion on tarmac. He was 62 years old at the time, so I think I have at least 20 years left in this sport!

We heard that your hobbies include chess and ping-pong. These are a bit of a contrast to an action sport like rallying. Can a rally driver make some use of experience in these two sports?

Of course. Chess is all about strategy and in rally, you can lose if you don’t use your mind. Rallying is a combination of speed, thinking, experience and strength. Ping-pong, on the other hand, is great for concentration. In rallying, you have to concentrate on each and every corner, and you have to have 100% concentration to stay at the top. I have always known how these two sports can be useful for rallying.

We know that rally drivers have to be fit to endure the long and gruelling races. What do you do to stay in shape? Any special diet or exercise?

Yes, I have a few extra kilos that I have to lose quickly with a diet. Of course I’m also doing a lot of walking and some exercise. And I’m probably watching too many in-car videos.

How did you celebrate your 2018 victory in Turkish Rally Championship?

We had a small party in Turkey. If we want to race in 2019, we have to start raising money really quickly, so we didn’t waste much time celebrating! We’ve started working on the new season already.

What kind of driver are you on the road? Does your passion for speed translate in your daily driving, or vice versa?

I’m very careful in normal traffic. The roads of Istanbul are really dangerous and I have to avoid any risks.

What was your best moment of the last season?

I would say that the first one was the last leg of Rally Turkey Marmaris, because we managed to win the power stage and came in at 14th place in the overall classification. There were just two drivers from Turkey in the overall classification, both of them from my team. The second moment was the power stage of Kocaeli Rally, the final rally of the Turkish season. We won the rally, the championship and we won 6 out of 7 power stages that season. The last kilometre was unbelievable.

And, on the other hand, what was the worst, or most difficult one?

Spinning out from the lead at the Izmir Rally. We lost 20 seconds and fell to second place. That was absolutely the worst.

What are you most looking forward to in 2019?

I’m looking forward to putting together a great team with good drivers and co-drivers, hopefully becoming Turkish Champion again and getting some experience in WRC.

How old were you when you drove a car for the first time? What kind of car was it?

I was 12 years old, and the car was a Mercedes 200D that belonged to my grandfather.

Are you a full-time rally driver, or do you have another job? If so, what kind of job is it?

There’s no chance of becoming a full-time rally driver in Turkey. I’m a manager of our family business, an elevator company. We’ve been making and installing elevators since 1975.

At the moment, we don’t know yet. The first rally of the Turkish Championship is the Izmir Rally on the 13th and 14th of April. Before that, we want to go to the Mitropa Cup, together with my teammate Erkan Gural in a ŠKODA FABIA R5.