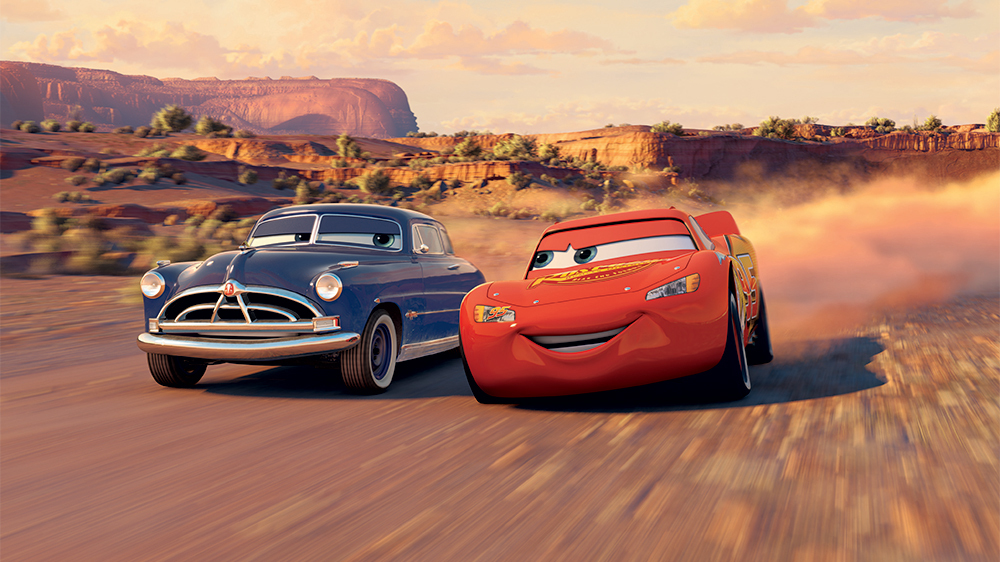 Cars: A Movie for Both Kids and Motorsport Enthusiasts

It used to be common that most attempts to make a “family” movie ended up unsuccessful. Then came the Pixar Studios and others of its ilk and family movies became popular. These movies offer something for everybody in the family and Cars are among the best of its kind. A film offers something to a small kid, something for the parent and even a lot for a petrolhead with nothing but cars on his mind.

As it happens, the idea of the movie is much older than the realization. Director John Lasseter and screenwriter Joe Ranft first talked about the idea for the world full of talking cars way before the year 2000. At the time, a documentary ran on TV about the effects of building an Interstate Highway system on smaller towns around them. And thus the idea of the Radiator Springs and its inhabitants was born. Before the Interstate was born, the town lived off the cars coming through, but the new highway took all the traffic away. Originally, the film was to be named Route 66, but there already was a show of the same name on TV, so the creators went for simpler and maybe even more appropriate name.

A Movie Full Of References

At the first glance, the Cars may look like a kids’ movie. When you look closer, though, you will see not only a lot of racing, but also a lot of references to the world of cars and motorsport. Let’s start with the most interesting one. The character of Radiator Springs’ judge is a car called Doc Hudson, named and designed to reference Hudson Hornet, a real 1950s racecar.

That isn’t all, though. The retired racer Doc Hudson was voiced by Paul Newman, who was well known as a car enthusiast, a professional racer and a team owner. In a way, he was speaking out of his own experience as Doc Hudson. The sad part is that it was Paul Newman’s last role in non-documentary film – Cars were made in 2006 and Newman died two years later.

And the world of Cars is full of such references and nods. When Lightning McQueen, the hero of the movie, runs the Piston Cup race, the race commenters are Bob Cutlass and Darell Cartrip – the real commenters of NASCAR races in America are Bob Costas and Darell Waltrip. See what they did there? And to make it even better, Costas and Waltrip even voiced their film counterparts. Another famous names in the movie are racers Mario Andretti and Michael Schumacher. A comedian and well-known car collector Jay Leno also got a little part, as a character named Jay Limo.

And McQueen’s rival “King” from Dinoco team (Dinoco is a fictive oil producer from several Pixar movies) is exact image of the iconic Plymouth Superbird, as raced by NASCAR legend Richard “The King” Petty. The car in film has the same shade of blue (called “Petty Blue”) as Petty’s racecars, and even his race number, 43. Of course, he also voiced it. In general, we can say that almost all cars are somehow inspired by real cars and people, although no manufacturer or model is directly mentioned.

There is also a number of jokes that only adults will enjoy – like when Sally Carrera (modelled after a Porsche 911) raises her rear spoiler in front of McQueen, she uncovers a tribal tattoo. And on the Top Down Truckstop, there is a sign “All Convertible Waitresses”. Which, of course, mean they’re… topless.

The Story of Cars’ Origin?

We can probably agree that it doesn’t make much sense to pondering over the origin of the characters – in this case, a living, talking, intelligent cars living in a world strangely devoid of humans or animals. After all, it is a film made by a studio that “gave voice” to toys, fish, ants and other unconventional heroes.

Even so, the origin of the Cars’ world is keeping many fans awake. People wonder why animators placed the cars’ eyes on the windshield instead of the headlights, and even more are asking: Why is the planet full of sentient cars, without any people anywhere to manufacture them?

Surprisingly, Pixar actually issued some kind of explanation some time ago. It was provided by creative director Jay Ward for the Screen Crush magazine. And it is, in fact, quite dark. According to it, the world of Cars is the result of autonomous technologies. When the cars started to drive themselves, they also started to think themselves and at that point, stopped needing people. According to Ward’s words, cars just got rid of the people and every car has the personality of the human who drove it for the last time. Does this explanation sound scary and inappropriate for a film aimed at everyone from the youngest kids to adults? Well, sometimes it may be better to enjoy a film with talking car and not dig too much about their origins.

What’s certain is that you’ll sure enjoy Cars. It is one of the best rated animated movies of all time, it’s lot of fun, lot of references to racing and automotive industry, and of course the necessary moral lesson at the end.

Cars ranked as fifth best grossing Pixar movie, so, obviously, sequels were made. The second part from 2011 is a bit weaker, but recently released third instalment once again rated great. The Cars also “grew up” with their original viewers and the latest movie is a bit more dramatic, it is a lot more about racing and depicts McQueen as aging racecar, fighting against new technology. You’ll sure enjoy all three films – and if you don’t have any kid around to justify watching an animated movie, it doesn’t matter. Cars are for big boys and girls as well!