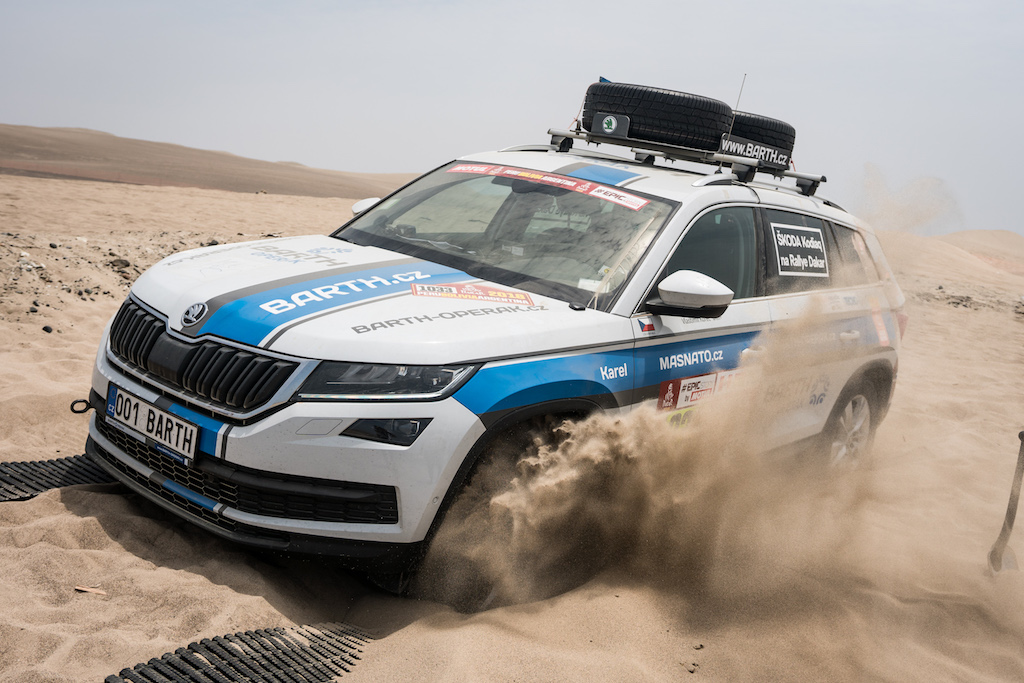 First ŠKODA at Dakar Rally: From Peru to Argentina With a KODIAQ

This famous South American rally raid is harsh even on supporting vehicles, but the ŠKODA KODIAQ really proved its worth and excelled in the adverse conditions.

No, you haven’t missed anything. There was no secret project to launch a ŠKODA KODIAQ which could compete in the Dakar Rally. But nevertheless, the Czech SUV showed its capabilities on the formidable tracks of South America. When the biggest Czech Dakar team was looking for a supporting vehicle, they picked the KODIAQ.

The BARTH Racing team went to the Dakar Rally in great style. Five entries – two quads, two motorcycles and one car – plus a small fleet of supporting vehicles, including a van, a caravan and of course, a KODIAQ.

Although supporting cars don’t have to compete and run timed stages, the rally is still tough on them. And, unlike the Dakar specials running in the famous race, the KODIAQ wasn’t modified in any way – it was the same car customers are able to buy at dealerships.

With its 2.0 TDI, 140 kW engine and 7-speed DSG dual-clutch gearbox, it was powerful enough to keep up even in the high mountain passes of Bolivia, where the convoy reached altitudes of over 4,000 metres. While many of the competing cars ran into problems and even entered emergency mode, the KODIAQ ran without any significant loss of power.

Another serious obstacle for modern cars is the local fuel supply. The low-quality diesel fuel presented a problem for many of the modern diesel engines, but even here, the big ŠKODA performed flawlessly, never missing a beat.

“We were surprised how comfortable it is inside, even with seven people”, commented Michal Burkoň, the boss of BARTH Racing team. “Even though we didn’t drive through the same terrain as the competing casr, the emotions at the finish were intense.”

The KODIAQ, of course, couldn’t compete with the specially prepared off-road vehicles on the tracks of the Dakar Rally, but it surprised the team with its capabilities in rough terrain. When the crew entered some dunes to try out its abilities, it only got stuck once – and that was on purpose, for TV.

Even in a supporting role, KODIAQ managed to be one of the stars of the BARTH Racing team, proving that the modern SUV is capable of much more than just running around in city traffic.