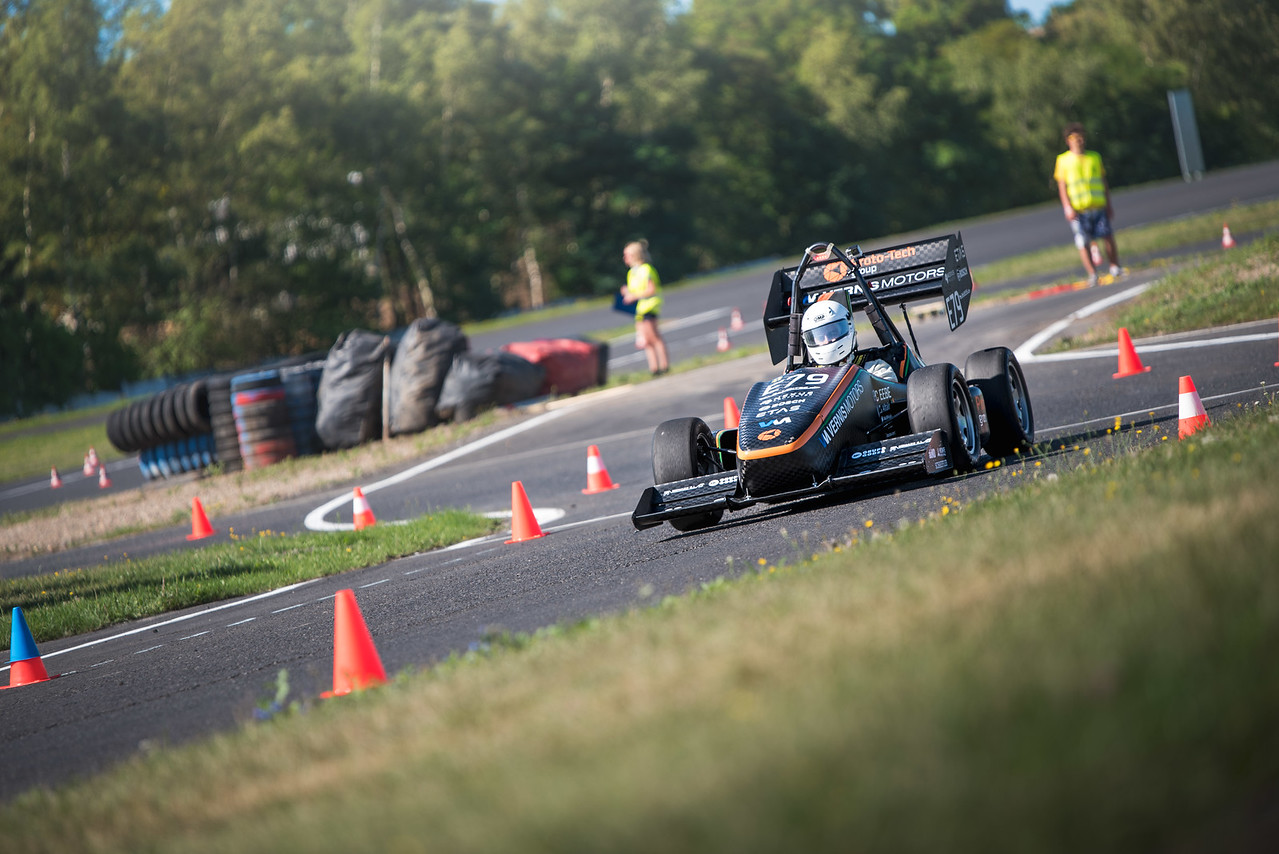 From 1st to 4th of August, the racetrack in the town of Most is hosting the Czech round of Formula Student – and ŠKODA AUTO is the main partner. The event lets college students studying engineering, economy, business or marketing try their hand at designing, building and racing formula cars.

Motorsport is, and always has been, an arena where automakers can push boundaries, develop technologies and test their abilities. It makes it possible to learn new things, to try them out and to compare their abilities. It offers the same opportunity to many others, such as college students. What could be a better way to learn new skills and knowledge than competing?

That’s the idea behind Formula Student, a track-oriented competition where students design, build and race their own formula cars. Competing is one of the best ways to learn something. Creating the whole racecar, from the first sketch to the final build, and even laying out a (hypothetical) business plan, allows college students to get to know all facets of the automotive industry.

Fifty student teams are entered by universities around the world. They compete in two classes, depending on the power source – one class is for internal combustion cars and the other for electric ones. Unlike most racing series, the teams compete not only on speed or time elapsed, but also on points awarded for more complex achievements.

While speed is, of course, a crucial part of the competition, the jury also takes into consideration how innovative the design is, its environmental friendliness and the build quality. They even consider the hypothetical business plan to produce, sell and support a limited number of cars, or any other business proposals, like renting the cars.

Each discipline is awarded a number of points. 325 points are divided between the static disciplines – Engineering Design Report (150 pts), Cost & Sustainability Analysis od hypothetical 1,000 pcs production run (100pts) and Business Presentation (75 pts) – and another 675 points are available in the dynamic events – Figure of 8 (50 points), 1km Autocross/Sprint (150pts), 75 m acceleration (75 pts) and 22 km endurance (300 pts) and fuel economy (100 pts). The overall winner of the event is the team with the highest number of points out of a maximum of 1,000.

More than 800 students are expected to come to the Czech round of Formula Student, which is taking place this Friday and Saturday (3rdand 4thAugust 2018) at Most Autodrome. As in previous years, ŠKODA AUTO is once again the main sponsor of the event which aims to give students from around the world an opportunity to glimpse the real world of designing, building and racing formula cars.

The roots of the series go back to 1981, when Formula SAE was created in United States. In 1990s, the idea came to Europe, where it was introduced as Formula Student on circuits like Hockenheimring in Germany or Silverstone in Britain.

Come to Most, Czech Republic, and see for yourself what students can do!