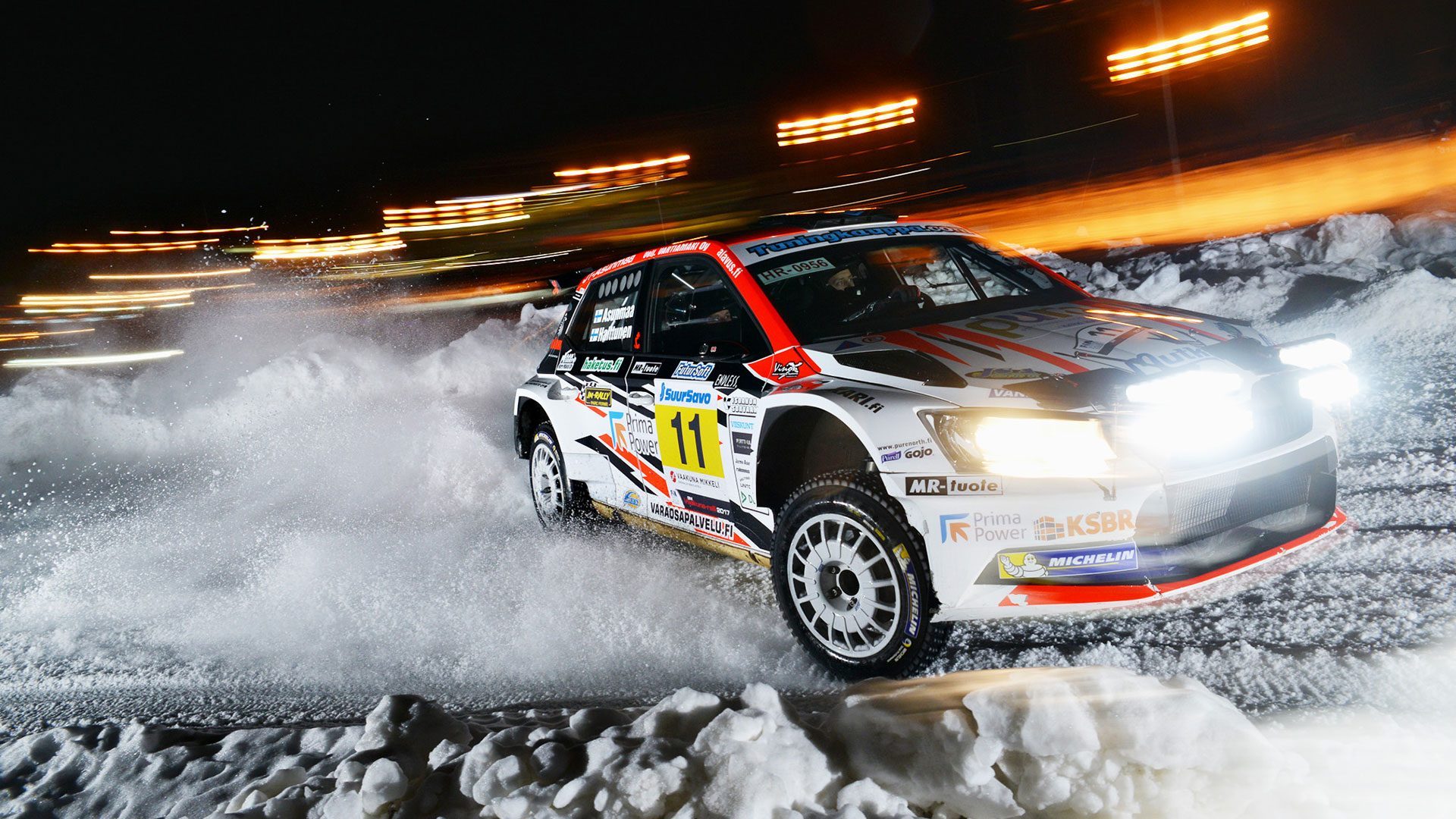 There is something endearingly simple about the name Hannu’s Rally Team. It’s faintly amateurish, and it conjures up images of friends racing cars for the sheer fun of it.

Hannu’s Rally Team is a much more professional setup than the name might suggest, however. In fact, they have won the Team Championship in the Finnish Rally Championship for the last five years.

Hannu’s Rally Team was set up by Hannu Lehessaari, a successful Finnish software engineer. He founded Softplan Oy, a successful Software Consultancy, before selling it to HiQ in 2002.

Along with many of his countrymen, Lehessaari was a keen fan of rallying, so he chose to invest some of his new-found fortune into the sport that he loved. With that, Hannu’s Rally Team was born.

They have competed in both rallying and rallycross, enjoying considerable success in both, but it’s in the Finnish Rally Championship where the team has enjoyed the most success.

Between 2013 and the present day they have been the dominant force in Finnish rallying, and much of their recent success has been achieved driving the ŠKODA FABIA R5.

Their breakout season was in 2013 when Juha Salo, then already a multiple Finnish Rally Champion, and co-driver Marko Salminen piloted a Mitsubishi Lancer Evolution X. They took four victories en-route to both the SM1 category driver and team championship titles.

The following season saw the team title retained, thanks to some consistent drives from Salo and Salminen as well as from teammates Ari Vihavainen and Jani Vihavainen.

The next year saw Hannu’s Rally Team switching away from the Mitsubishis and adopting the Peugeot 208 T16. This proved a great success, with Salo and Salminen again crowned Champions, winning four of the six events they entered. The team championship was also retained, making it a hat trick.

Many teams would consider three successive national championship wins a huge success, but for Hannu’s Rally Team it was just the beginning. The following season saw Salo and Salminen crowned champions once again in the Peugeot, with three wins and two runner-up finishes. Meanwhile, teammates Vihavainen and Vihavainen, back in a Mitsubishi, finished in second place, ensuring a fourth team title was won too.

Indeed, the only thing to disrupt their otherwise perfect season was the arrival in Finland of the new ŠKODA FABIA R5. Introduced by the rival Printsport Oy team, with future ŠKODA works driver Ole Christian Veiby at the wheel, the FABIA R5 only entered three rallies. But it won two of them, and only missed out on the top spot in the third by a margin of 1.7 seconds.

It was therefore no surprise that for the 2017 season, Hannu’s Racing Team decided to invest in a FABIA R5 of their own.

This time it was Teemu Asunmaa who was handed the keys, with Juha Salo taking his Peugeot to the newly created Hannu’s Senior Rally Team. Asunmaa had been driving a Subaru Impreza STi R4 for the team for three years, winning two SM2 class titles in that time.

He and his co-driver Jonne Halttunen (now co-driver for Kalle Rovanperä of the ŠKODA works team) stepped up in impressive fashion. They won the opening three rallies of the 2017 season and went on to clinch the title, helping Hannu’s Rally Team to a fifth consecutive team championship.

In 2018 the FABIA R5 is still utterly dominating the Finnish Rally Championship, having taken all the podiums bar one from the opening five rounds of the season. Asunmaa is once again pushing for the title.

Since 2015, Hannu’s Rally Team has been making inroads at the WRC Rally Finland as well. Henri Haapamäki and Marko Salminen finished second in both the WRC3 and JWRC categories in 2015, while in 2017 Asunmaa and Halttunen finished 13th overall in their FABIA R5.

For a team that was created to indulge the rallying passions of just one man, Hannu’s Rally Team’s rise to the top of Finnish Rallying has been little short of miraculous. It’s a fairy story which promises to have a few more chapters yet, and the team’s recent success with a FABIA R5 suggests that ŠKODA will have a big role to play.