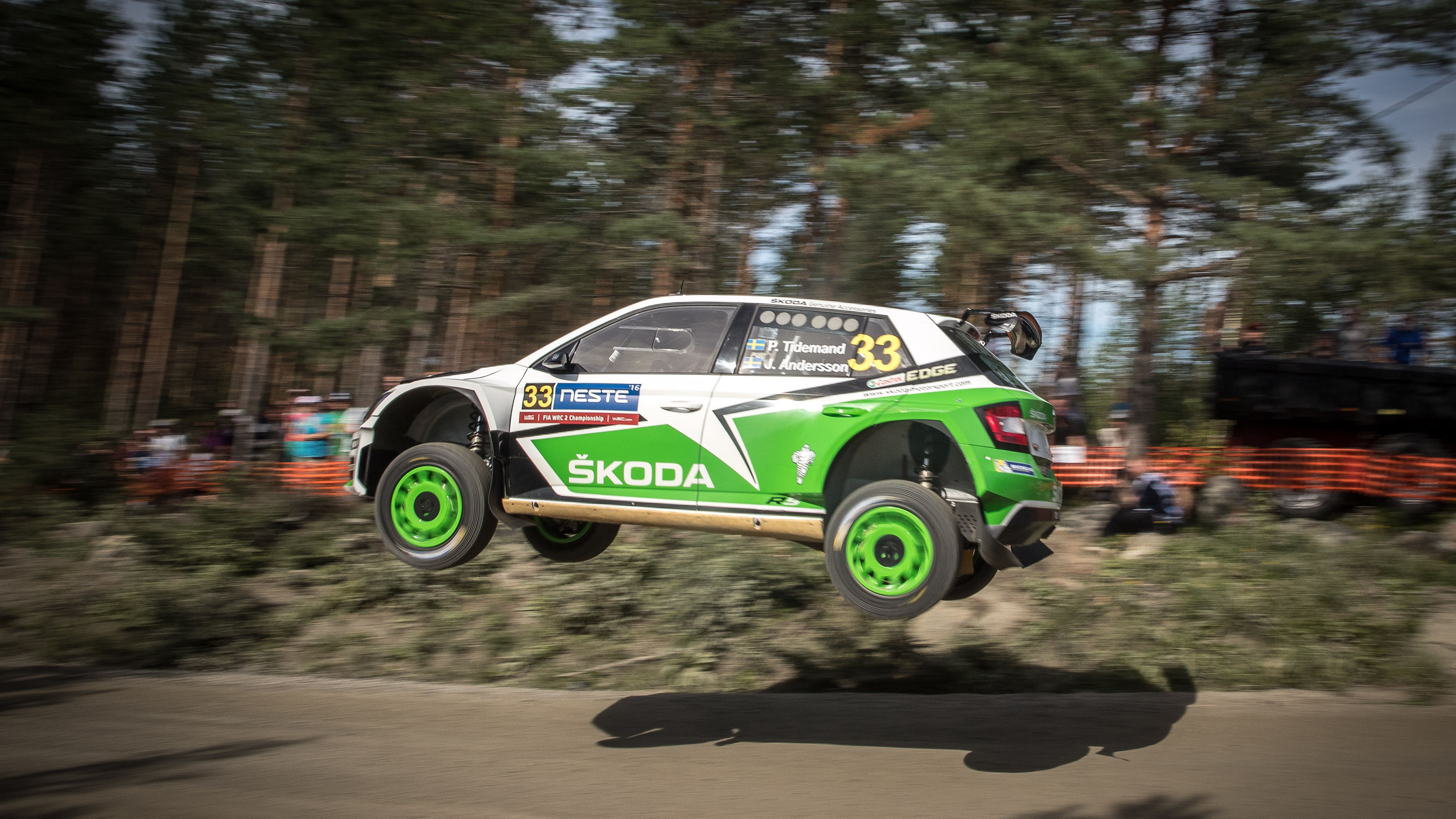 The History of Rally Finland

Gravel, blind horizons and jumps tens of metres long. That’s what Rally Finland is all about. It is one of the fastest rallies in the World Championship and it is also known as an event that’s rarely won by anyone but Finnish (or other Scandinavian) drivers.

Rally Finland, also known as the Rally of the Thousand Lakes, is often called a “Grand Prix of Rallying” or “Grand Prix on Gravel” because of its smooth, fast gravel roads. Since its beginnings, it is one of the most frequented sporting events in Finland.

The first year of this World Rally Championship staple was 1951 and it brought a small revolution into the world of rallying. Jyväskylän Suurajot, how the Rally Finland was called in its early years, was the first one in history to use the format of short special stages.

In the beginning, only Scandinavian drivers attended this rally, but with the passing years, the fame of this event as exceptionally fast rally spread to other European countries. Since 1959, the Rally Finland became a part of European Rally Championship. With founding of the World Rally Championship in 1973, the Suomen Ralli, as it is called in Finnish, became integral part of this globetrotting rally circus and participation of the world-renowned drivers brought it even more prestige and more visitors.

Origins of Rallying in Finland

The main reason why Rally Finland was born was the desire of Scandinavian crews to enter the Rally Monte Carlo, which was, at the time, for the rallying what Monaco GP was for racing. The pinnacle of everything. The problem was that FIA only admitted 14 crews from Finland and Sweden.

At the time, the entries were decided in the Hanko Run, which was a vastly different event compared to Monte Carlo, both in its profile and regulations. The crews started calling for introduction of a rally more similar to Monte Carlo in Finland.

The proposal for annual competition in Jyväskylä was greenlighted in 1951 and 26 crews entered the inaugural run. They had to conquer the 1,700 kilometres long circuit from Rovaniemi in Lapland to Kokkoloa and Oula, and then back to Jyväskylä. Arvo Karlsson, driving an Austin Atlantic, became the first winner in the rally’s history. In the following year, both the number of entries and the length of the rally gradually increased. During the first decade, the rally also got its famous nickname “The Rally of the Thousand Lakes”.

The reputation of the rally as the second most well-organized event in the rally calendar, right after Monte Carlo, grew exponentially. When the 1960s came, dozens of foreign competitors were entering the rally regularly. The popularity with visitors increased as well, causing some worries to the organizers. In the middle of the decade, 1,200 volunteers were needed to oversee the safety of the spectators. By 1968, the number rose to almost 3,000.

The 1970s brought even more popularity to the rally and each year saw several hundred thousands of them. On the other hand, though, the interest of the foreign competitors was slowly fading. The main reason? Unfaltering domination of Scandinavian drivers. What certainly didn’t help was the cancellation of the famous hilly special stage Harju, caused by the fact that the city of Jyväskylä forbidden the rally cars from entering.

At the same time, the Rally Finland had to fight for its place in the calendar of the World Rally Championship. Luckily, the overall number of rounds was increased, guaranteeing the place for Finland. This also meant that foreign teams had to come back whether they liked it or not. By the end of the decade, more than 130 crews were entering the rally.

For the 1980 season, The Rally of the Thousand Lakes lost the position in the constructor’s championship, which meant that the points were only accounted to drivers. That meant nothing for the popularity of tha rally among spectators, though. By the half of the decade, half a million people attended the rally regularly, being overseen by more than 5 thousand track marshals.

This was also the era when FIA started to intervene with regulations meant to reduce the speed, forcing the organizers to introduce artificial chicanes to slow the cars down. Before these changes, the rally cars got so fast that oftentimes no more than half of the crews got to the finish line because of crashes. Fatalities not only among drivers and co-drivers, but also spectators and marshalls, also became more and more common. How fast the cars have gotten? Just for example, in 1983, Hannu Mikkola did the Ouninpohja stage almost 12 minutes faster than four years earlier!

In 1990s, the oil giant Neste became the main sponsor of Rally Finland and in 1993, the organizers came up with the idea of super-special stage, which was run on the Himos ski slope in Jämsä. The super-special stage gained a vast popularity among the spectators right away, offering a great view of the action. Even these improvements couldn’t save the rally’s position in the WRC calendar and Rally Finland was downgraded for 1994 – 1996 because of the rally rotation.

The turn of the century brought changes in the locations of the rally and also its shortening from three days to just two. Before 2010, Marcus Grönholm won seven times, underscoring the dominance of the Finnish drivers. Since 1951, there were only 12 years when a driver from Finland didn’t win.

The most successful drivers are Hannu Mikkola and Marcus Grönholm with seven victories, followed by Markku Alén with six and Tommi Mäkinen with five. The only foreign driver who managed to win more than once is Sébastien Loeb.