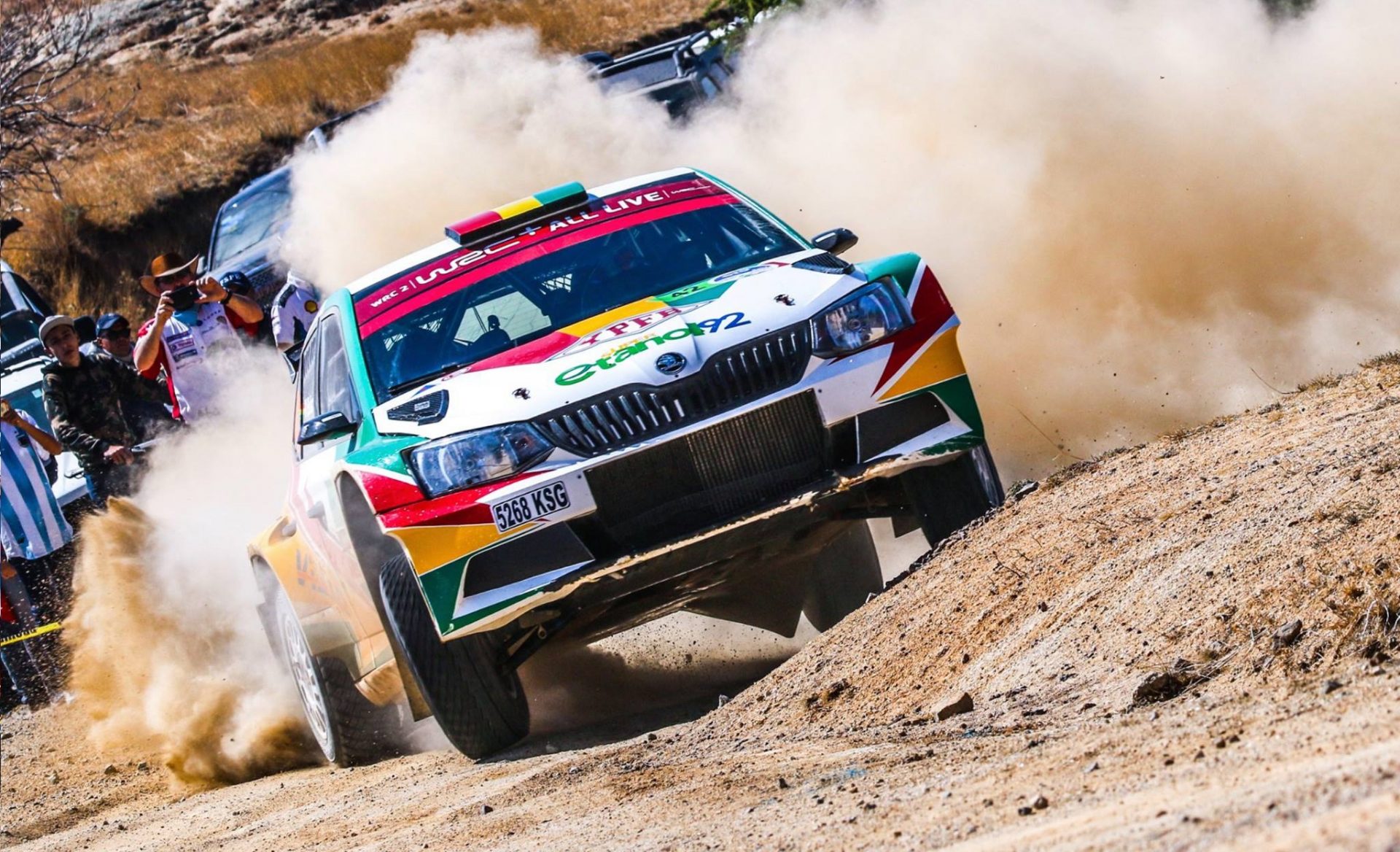 The first American mission of this year’s WRC calendar was a success for the ŠKODA FABIA R5. On the hot Mexican gravel, it once again demonstrated its famed combination of speed and durability, taking the first three places in the WRC 2 classification. It wasn’t easy, though.

In Thursday’s shakedown, Mexican rally star Benito Guerra Jr. in his ŠKODA FABIA R5 displayed his remarkable speed for the first time. He was the only one in WRC 2 to break the 4 minutes threshold, getting to within 10 seconds of the WRC cars. It was a quick start, but shakedown results don’t really matter in rallying. To win Rally Guanajuato Mexico, you have to be the fastest over 314 kilometres of tough stages, winding through the beautiful scenery of Sierra de Lobos and Sierra de Guanajuato.

The first stage is traditionally run in Guanajuato downtown area with its typical colourful houses, and this year it included several treacherous spots. The first one was, without any doubt, the jump. Its angle destabilized the flying cars, which caught some drivers by surprise. Later on, the jump became so damaged that the stage had to be cancelled. Another stumbling block of SS1 are the merciless kerbs on both sides of the narrow track. Damage to tyres, wheels or even suspension is a risk that lies in wait at every point. “It was very difficult being the first car. There was water in the tunnel, it was slippery and I nearly hit the kerb. I think we managed to get a good time”, Guerra said after the SS1.

The real rally started on Friday. Two ŠKODA FABIA R5s, driven by Benito Guerra and Marc Bulacia Wilkinson, took it in turn to win the morning stages. For the young Bolivian driver, this was his first time behind the wheel since last year’s RallyRACC Catalunya, but he did really well throughout Friday’s leg. He won five out of nine stages and finished the day in first place, 9.8 seconds ahead of the more experienced Guerra. The local hero kept his distance and waited for a second chance, which came on Saturday.

To begin with, the rivals finished with exactly same time in the 25.9 kilometre long SS10, but from the following stage, Guerra started to dominate the proceedings. Beating him by 13 seconds in SS11, he got Wilkinson under pressure, which led to a puncture in SS13. The Bolivian lost more than three and a half minutes, dropping to third place overall. He managed to recover after great performance and a little bit of luck in the afternoon’s three stages, leading to three wins and a return to second place overall by the end of the day. Benito Guerra Jr. remained in first place and his path to victory seemed pretty straightforward. Another local driver, Ricardo Triviño, was really enjoying his first rally in a ŠKODA FABIA R5 and secured third position.

At the start of the final leg, Guerra knew that precious victory was at stake and adjusted his tactics accordingly. He drove the first two stages very carefully, not taking any unnecessary risks. Then he displayed his speed, winning the final Power Stage, and was rewarded by unforgettable cheering from the fans. “It is great, great result, it is the best ever. It is my first win in WRC 2, it is something I have been fighting for for two years and I’m really pleased it is here in Mexico”, Guerra said.

Bolivian youngster Marco Bulacio Wilkinson also left a great impression. Had he not suffered the puncture, he could’ve been a serious threat to the local favourite. We are looking forward to seeing his next performance at Xion Rally Argentina.