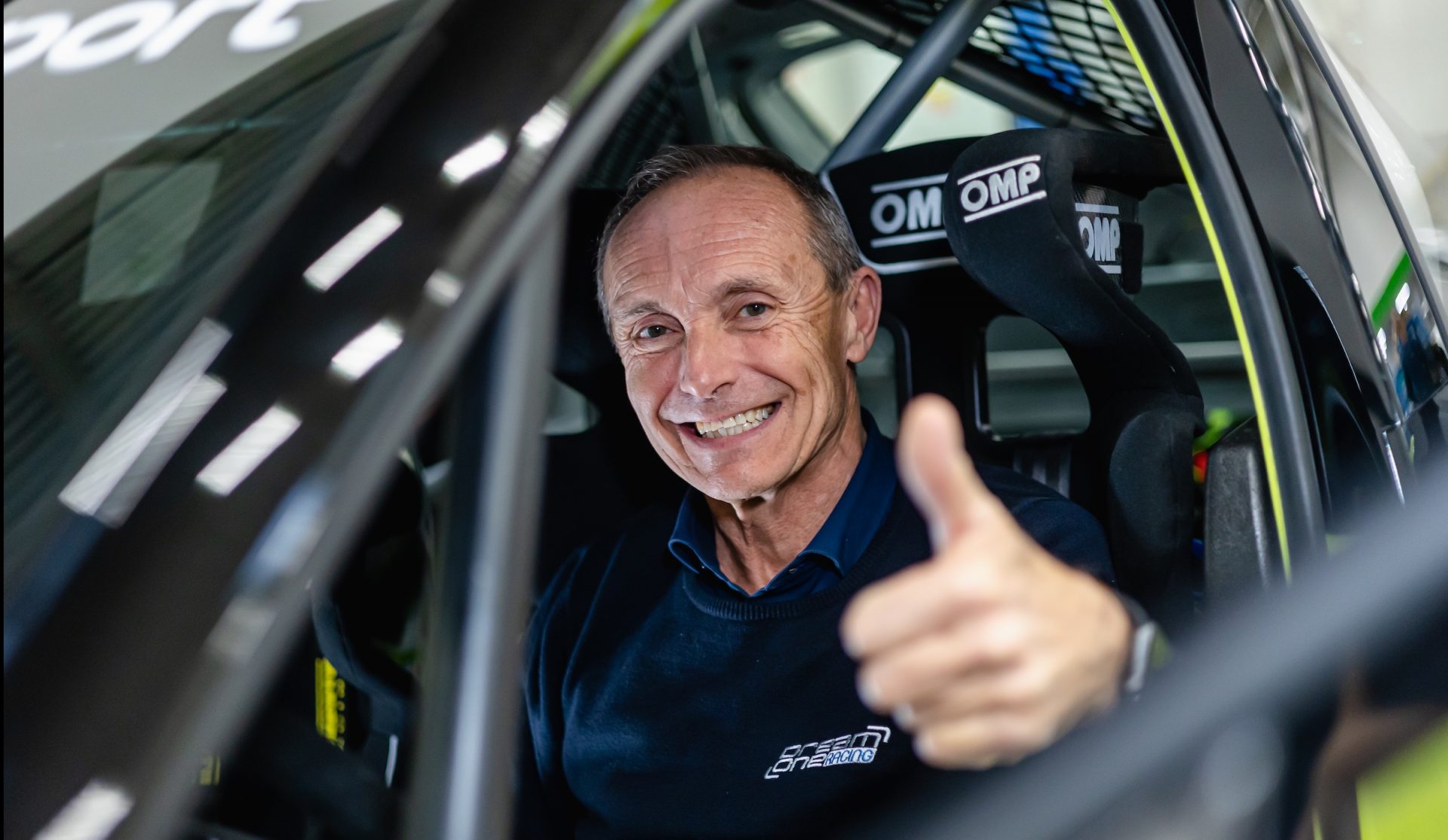 Italian Mauro Miele won the WRC2 Masters title this year. How was his season; did he enjoy Japan where he beat almost all the Rally1 drivers and is he looking forward to the Monte Carlo Rally with his new car? Read our interview.

You started rallying quite late, what is your relationship to motorsport?
But my story with engines is actually quite long. I first started with motorbikes in the 70s. In the early '80s, I raced in the Motocross World Cup, but I had to quit after an accident. Then from 1985 or 1986 I tried rallying for 5 years. I did a couple of events in Italy. I was quite a rookie, but I was trying to get into a proper team and ride some big events. That didn't work out in the end, so I stopped racing because of my family and work. I didn't start again until 10 years ago when both my sons were grown up. I tried a few rallies in Italy with my old car, which I still had. I kept pushing myself step by step and more than once had the 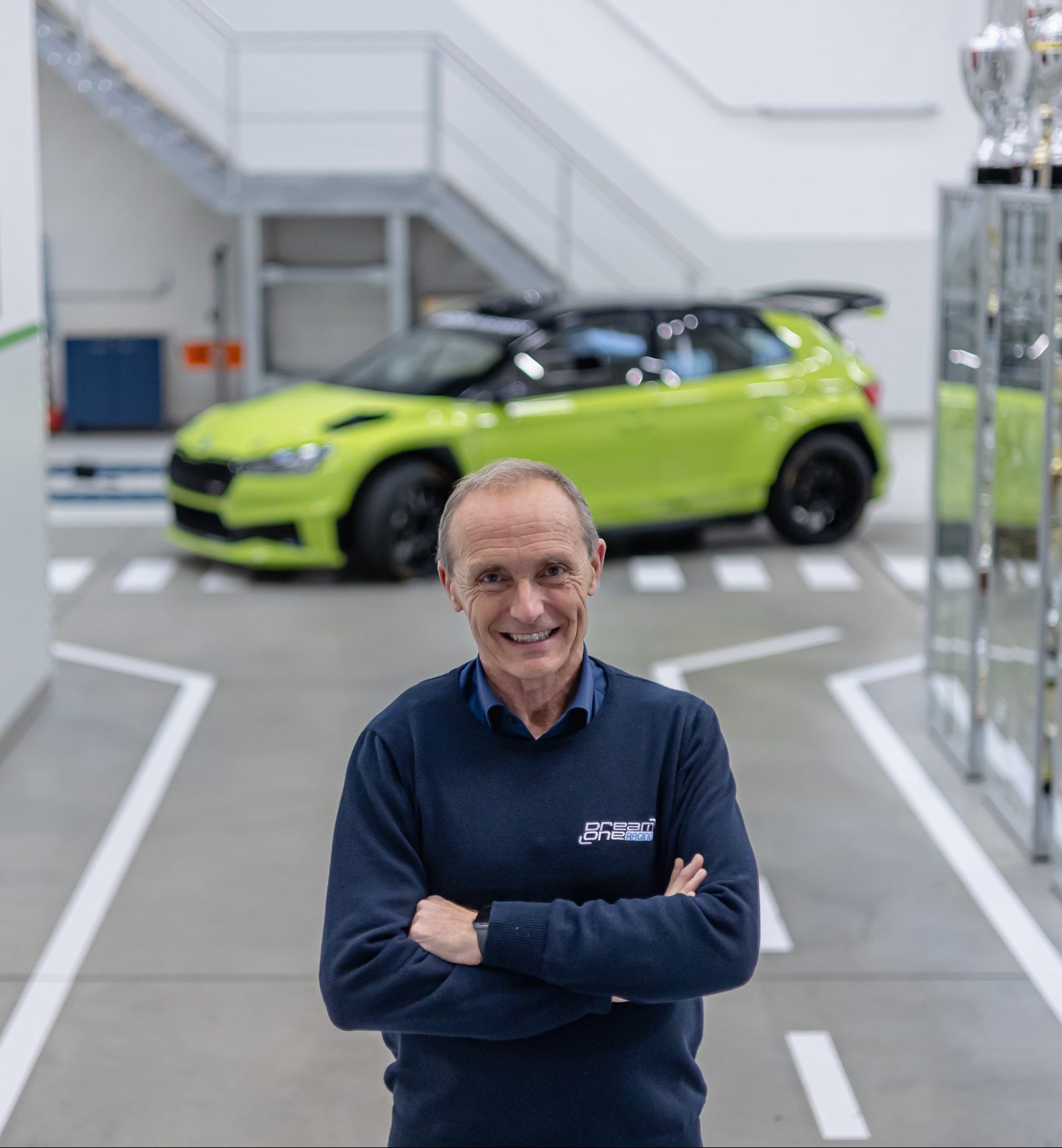 urge to do something in motorsport again. In motocross I used to be a KTM factory rider, I won the first Italian race in the motocross world series and suddenly there was this desire to be back in the world championship. I drove in a few rallies before Covid and I was hooked again. The feeling of controlling a competition car was great! When the opportunity came up to race in the WRC2 Masters category and get back into the World Championship series, I jumped at it straight away. I was so happy to be able to fulfil my long-time dream!

You quit motocross and switched to rally. Do you think rally is safer?
Absolutely. When I was younger, I didn't care much about my health, and I just wanted to go as fast as possible. I had about 7 surgeries after various accidents, but after the last one it was clear that I couldn't come back. There were just too many different fractures. Rally is also a dangerous sport, but it's still safer than motocross. Even if we're talking about the Group B cars I was driving at the time. The Lancia 037 and the Audi Quattro were powerful cars and quite dangerous from today's point of view, but I didn't think so then. Today, of course, safety is on a completely different level.

Can you compare the Group B cars with today's cars?
Not really. Those cars were really brutal; the Audi had 500 horsepower and was very hard to drive. It looked like you were going fast, but actually you weren't. My BMW M3 is three seconds slower per kilometre than a Fabia Rally2 evo. And back then, I was quicker in the BMW than I was in the Lancia 037. The cars have made huge progress.

When did you first get behind the wheel of the Škoda Fabia Rally2 and why did you choose it?
I actually did a comparison test of all the cars on the market. It was about 5 years ago and in the end, I decided for the Škoda brand because it was very comfortable and easy to drive. Then I switched to the Fabia Rally2 evo and now I'm looking forward to the new car.

How do you find the Fabia Rally2 to drive?
You actually get used to it in no time. It's also quite easy to drive quickly. Then of course the world class drivers are further away, you need to drive load of miles to be a professional driver, which I’m not anymore. But the car will give you good speed relatively easily. The service and support provided by Škoda Motorsport is also excellent. They always recommend a set-up before a rally that I can drive and that fits my driving style quite well. I don't have that much time to test, and this is a big help. They have recommended set-ups even for the Italian championship rallies. The service and quick availability of spare parts is also a great advantage.

You said you don't test much, and you haven't rallied for many years. How did it happen then that you beat all but one of the WRC cars at the Powerstage in Japan?
In Japan, everything clicked just right. I saw in Croatia that I can be fast in the wet. The wet just suits me. In Japan, it started raining on the penultimate stage, which was 22 kilometres long. It was narrow and very dangerous, so I went slowly and carefully. I had a big lead, so I didn't take any unnecessary risks. But at the end I could see that even at a cautious pace Suninen was only 3 seconds ahead of me. At the transition to the last stage, I started to think. If I had reached such a good time at a relatively slow pace, what if I sped up and drove as well as I could? But I didn't say anything to my co-driver. When I got to the time check I had 10 minutes to go. I told myself that the stage was short, so I'd hang on with concentration and try to ride it to win with a good performance. I didn't want to go slow on my last run in the championship. I know I can get a good feel for the grip level in the wet, so I decided to go for it. After the first kilometre, my co-driver told me to slow down. I told him I knew what I was doing and to just read the schedule. I honestly didn't take any chances and after the stage was over, I told my co-driver it was a good drive. We had no idea that we had finished second overall and were more than 25 seconds ahead of second place in the WRC2 Masters category.

How did you feel?
I can't really put it into words, but I actually said to myself that if I were 40 years younger, I probably would have made it to the World Championships.

Will this drive change your approach to the next season?
No, it won't. This season was good. The only trouble we had, was in Sardinia, otherwise we managed all the competitions. The five minutes in Japan were exceptional, I made history as the oldest driver to score points in the WRC and I'm also the first WRC2 driver to finish so high in the Power Stage standings. I have done my record in WRC history. I can't do it again.

Next year you will drive the Monte Carlo Rally with a new car. Why did you choose it?
I've been following its development. When I look at it, it seems like a huge leap forward and I like that. I hope it will be a good season, but it will be difficult to defend the title. I'm expecting more competition and I'll be 67 years old for Monte.

Did you know right away that you wanted a new car?
Yes, from Croatia. As soon as it was clear when it was coming, I said I wanted it. 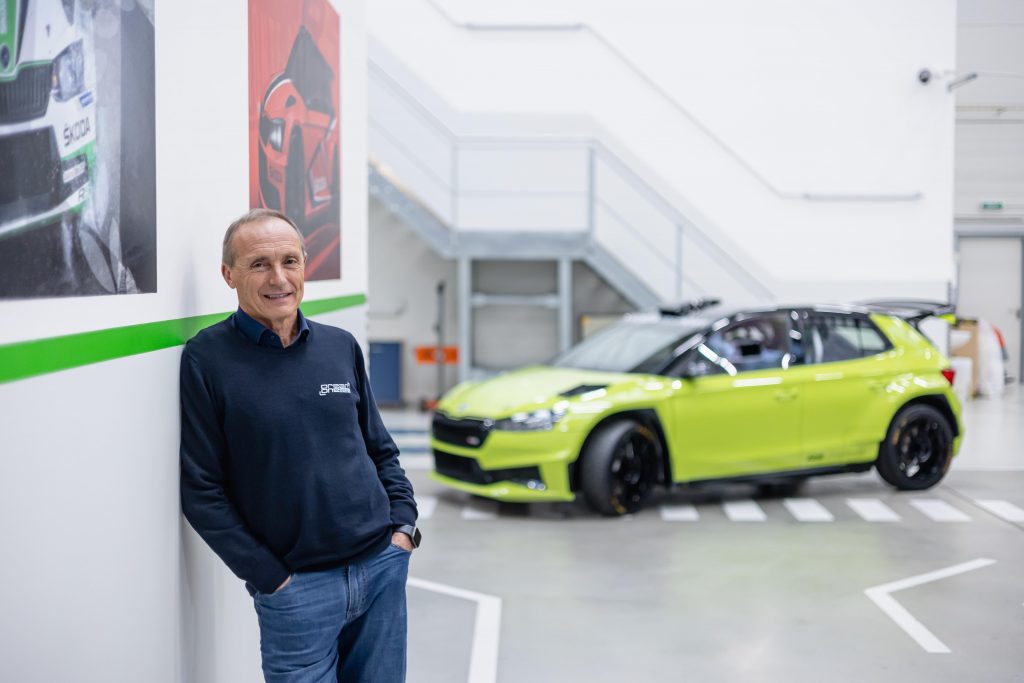 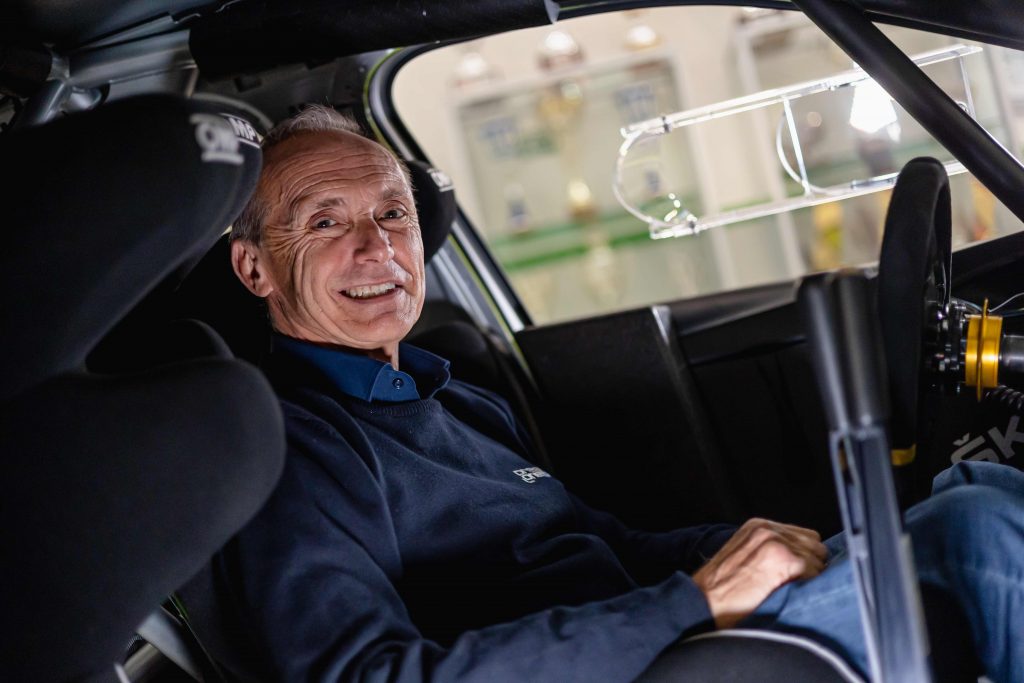 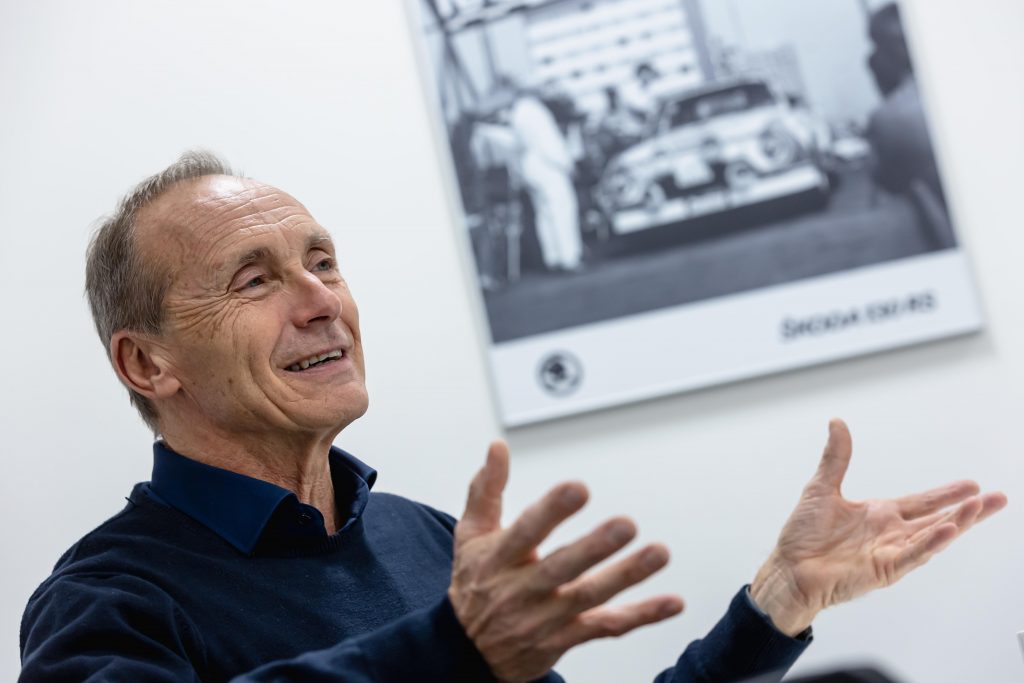 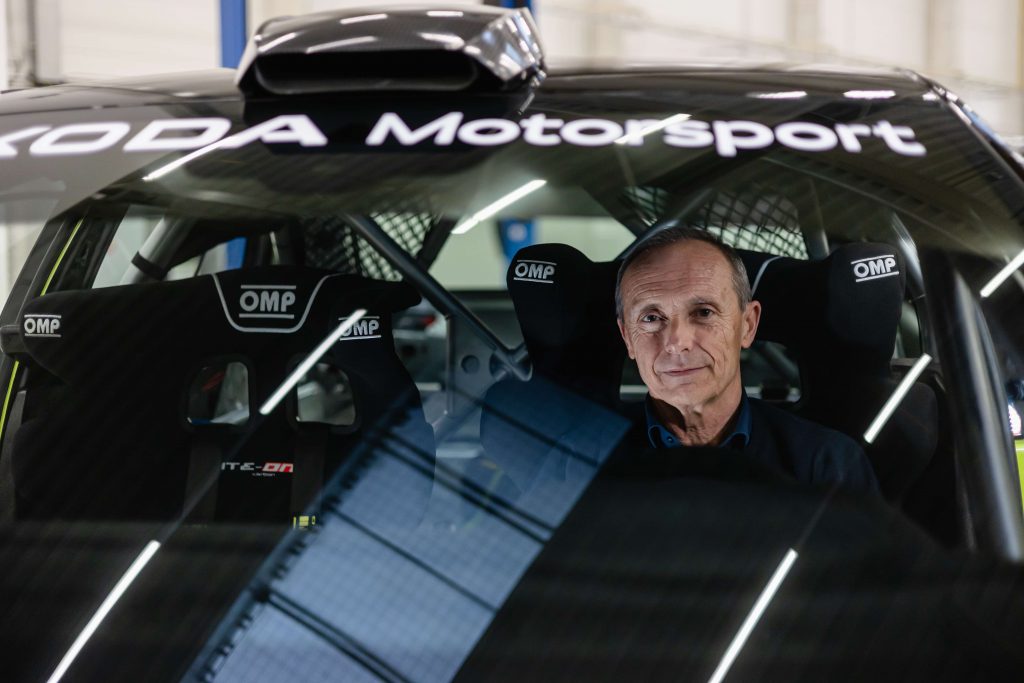 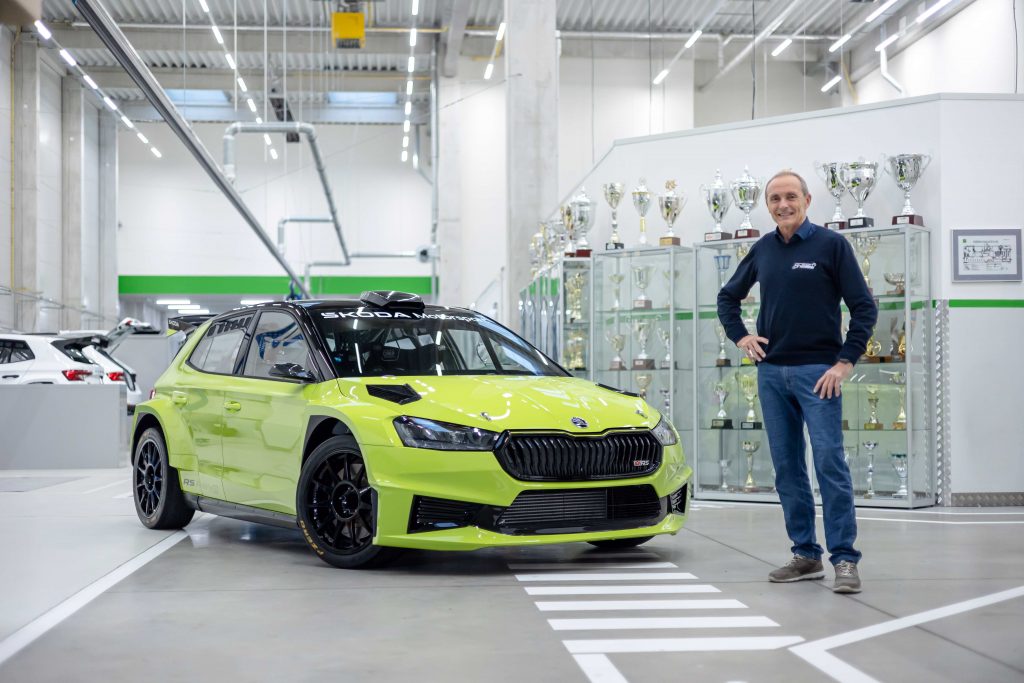