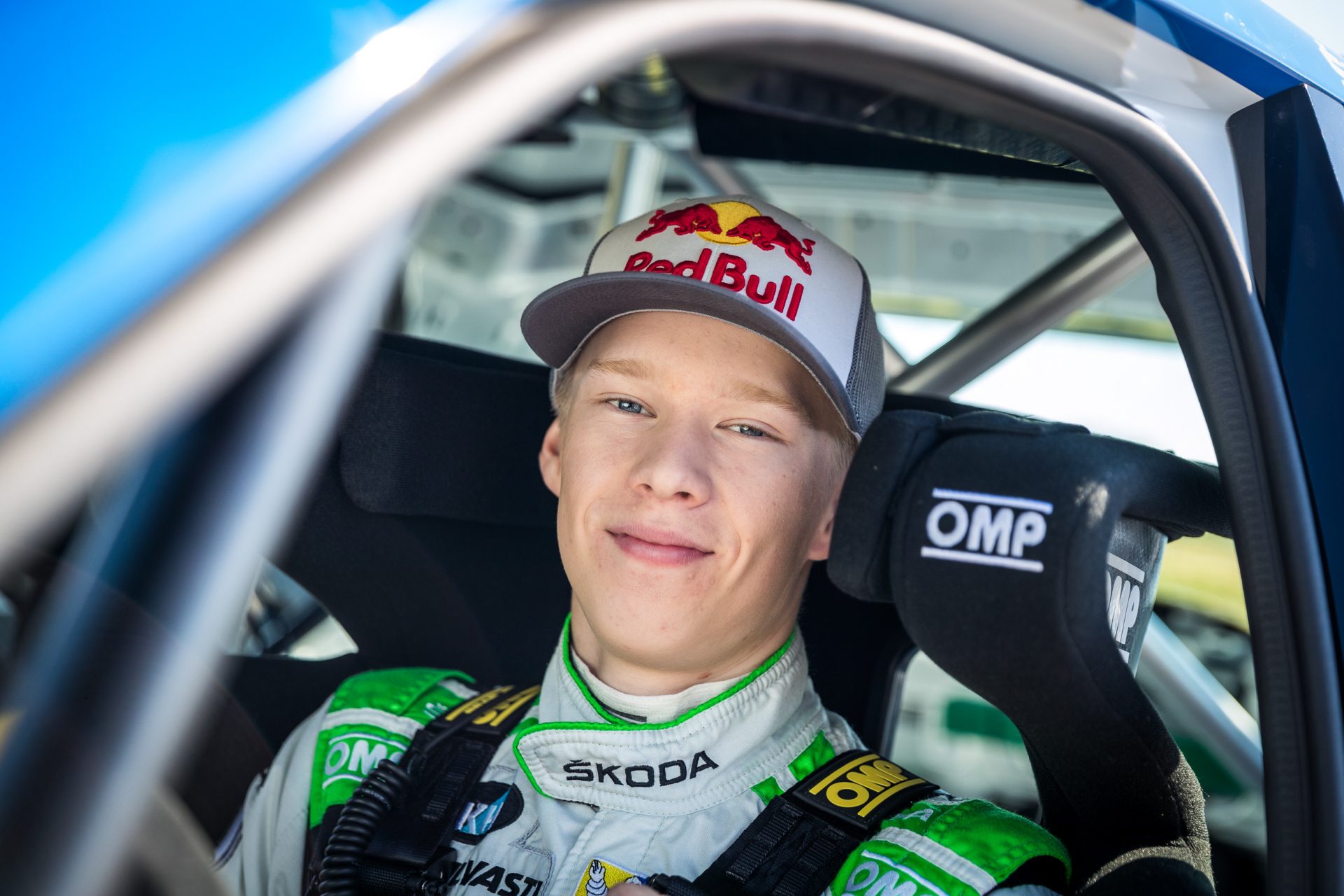 Kalle Rovanperä is 18: How Do You Become Successful in WRC 2 Before You’re Adult?

Most people don’t have their driver’s licenses on the day of their 18th birthday. Kalle Rovanperä has two Latvian Rally Championship titles, a place in the ŠKODA Motorsport WRC 2 team and, in this season alone, 40 points and 34 special stage victories in WRC 2. For many drivers, that would be enough for a lifetime’s career. How did Kalle do it before he reached most countries’ legal driving age?

It’s in the Family

Of course, things are much easier if you are born into a rallying family. Kalle’s father, Harri Rovanperä, is a former rally driver. His son was not only introduced to the world of motorsport early, he even “inherited” his father’s co-driver, Risto Pietilänen.

What were you doing when you were eight? Playing with toy cars, maybe? When Kalle was eight, he had his first taste of being behind the wheel of a real rally car, one which was specially modified with a raised seat and extended pedals.

In most countries, you need a driver’s license to enter a rally, which can be quite frustrating for young drivers. There are some exceptions, however, including Latvia. That’s why Kalle started his career there, first in the Latvian Sprint Rally Series and then in the Latvian Rally Championship.

Fun fact: Even in Latvia, you need a driver’s license for the transport stages, which take place in normal traffic. Kalle’s co-driver had to take over the wheel for those.

Have Lots of Talent

We hate to break it to you, but while training and perseverance will pay off, not every kid who starts driving at the age when his peers are playing with toy cars will become a world-class rally driver. You need talent. Lots of it.

Since 2016, when he began driving for TGS Worldwide, Kalle has used ŠKODA cars – first, a FABIA S2000 and then a FABIA R5 – for most of his rallies, and he’s achieved his biggest successes with them. It may be a coincidence but we suspect the cars had something to do with it…

Kalle Rovanperä celebrates his 18th birthday in Wales, where he’s driving the Wales Rally GB 2018. Don’t forget to watch it with us. Maybe he’ll get himself a nice result as a birthday present?