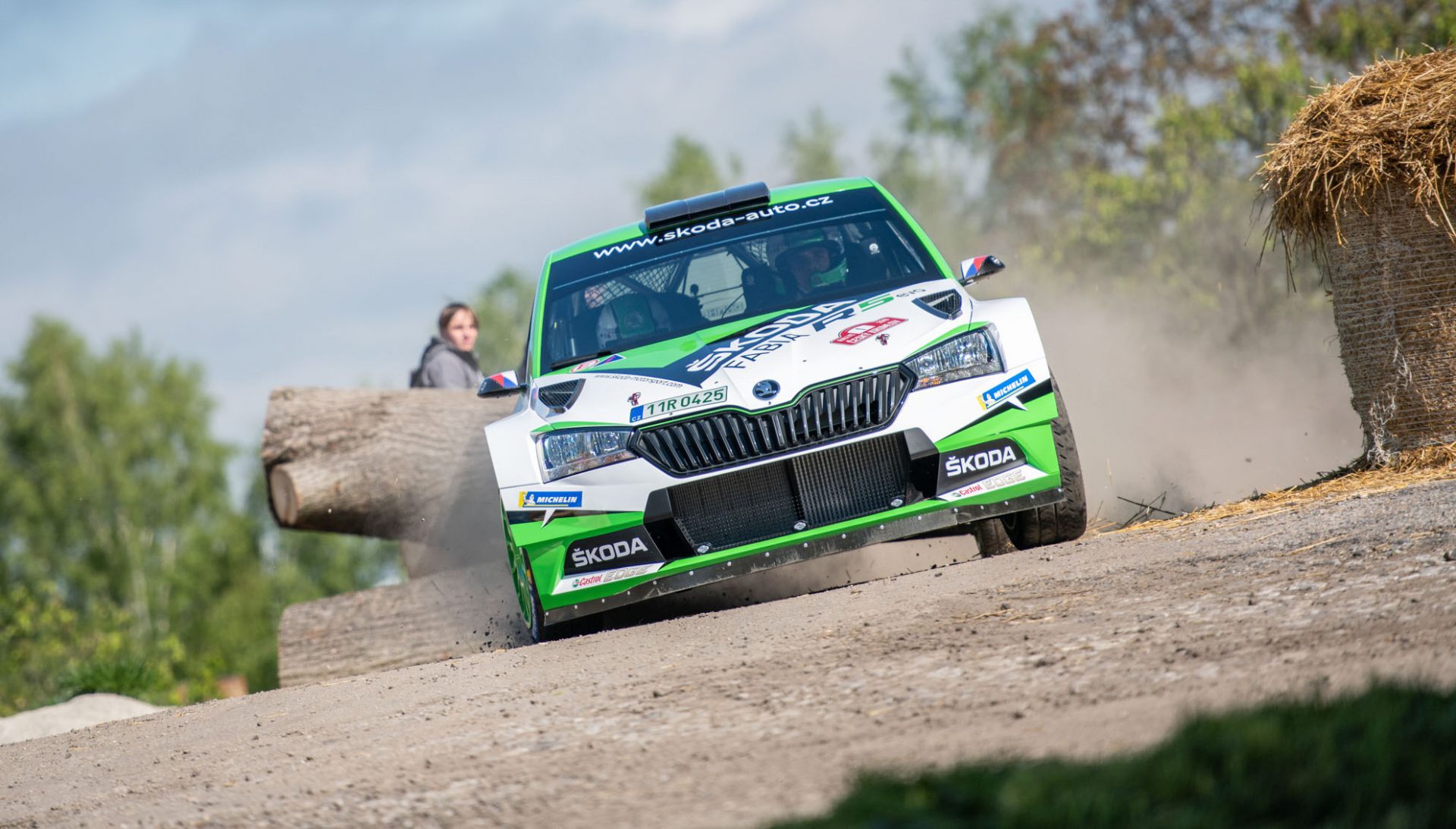 Not even half minute penalisation and fall from first to fourth place could unsettle Jan Kopecký and his co-driver Pavel Dresler at Rally Český Krumlov. His debut with a new generation of ŠKODA FABIA R5 confirmed that ŠKODA Motorsport is on a good way to continue its successful streak from the recent years.

The works crew took the lead right from the beginning of the rally, even though their main goal was to test the new car in hard driving. “During tests, the car worked well, but testing is one thing and rally is another. Český Krumlov is a beautiful, but damned hard event. It is a challenge that will tell us what we really got on our hands. We believe that all the changes will take us further yet”, explained Kopecký before the race.

The new generation of ŠKODA FABIA R5 was one of the main draws of this traditional event in the south of Bohemia. Spectators were eager to find out how the car with modified front end, new colour scheme and other small changes looks in real life. “I like the car design-wise, but overall, I don’t care much whether the car is green, gold or pink. The important thing is how it works”, remarked Kopecký about his new car’s design.

The fastest car of the rally

The beginning of Rally Český Krumlov was unambigiuous. The improved FABIA R5 posted best times in shakedown as well as in the first four special stages. In the fourth one, however, Kopecký received a penalisation of 30 seconds for driving around a retarder. This meant a fall from first place to fourth, with a loss of 10.8 seconds to Václav Pech in the first place. “From our point of view, we drove as we were told by roadbook and our pacenotes”, commented Kopecký.

Pech also won the fifth stage and increased his lead to 11.5 seconds. After that, Kopecký was not willing to give him anything more and the changes of suspension settings made during service stop took effect as well. In the sixth stage, FABIA R5 moved up to the second place, with a loss of just 2.9 seconds to the first. In seventh, Kopecký regained the lead and from there, he only continued to increase the gap to the rest of the field. He won all the remaining stages with the exceptions of Saturday’s super special stage in České Budějovice, and final SS15.

On the podium, Jan Kopecký and Pavel Dresler could celebrate an overall victory with the lead of almost 1 minute and 14 seconds. Even more important was that ŠKODA Motorsport finally made sure that the modernized ŠKODA FABIA R5 is prepared to fight the very best. The real baptism by fire, though, awaits in a couple of weeks at Rally de Portugal.

“I have to thank the whole team for providing me such a great car. We did not unleash the full potential of the updated ŠKODA FABIA R5 yet. But I can promise all ŠKODA customers, they will have a lot of fun and success with the upgraded FABIA R5. Now, I am really looking forward to the car’s FIA World Rally Championship debut at the upcoming Rally Portugal”, Jan Kopecký said.