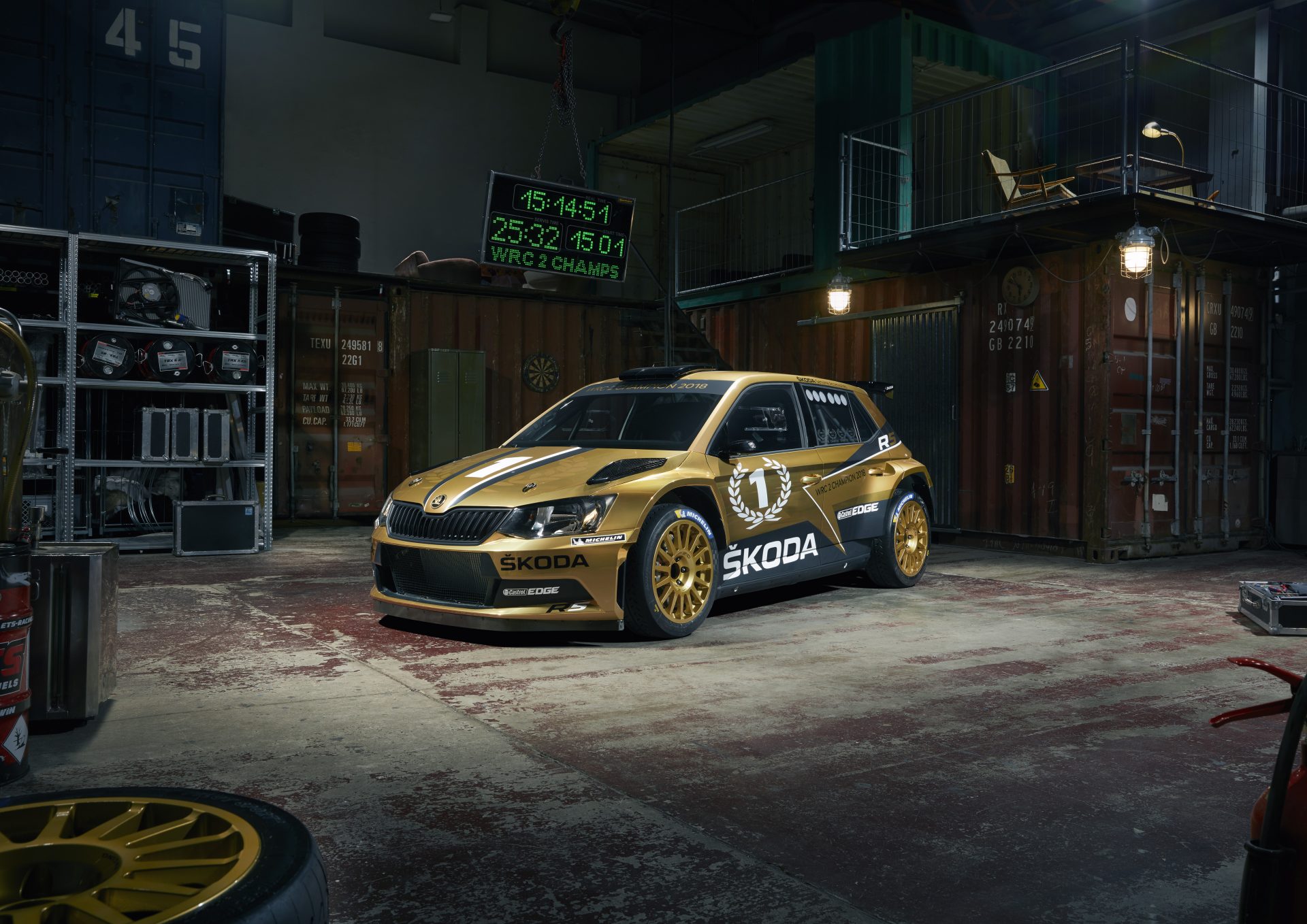 Symbolically, the ŠKODA FABIA R5 started its global rally career in its home country, with a smashing victory at the 50th Rallye Šumava Klatovy, which is part of the Czech Rally Championship. Driven by Jan Kopecký with co-driver Pavel Dresler, the FABIA R5 won by a huge margin, posting the fastest times in eleven out of twelve stages. During this debut, the new rally car clearly demonstrated its speed and reliability.

It took a long time of development and testing to get there, though. Elite drivers like the current WRC 2 Champion Jan Kopecký, European Rally Champion Esapekka Lappi or the many time Austrian champion Raimund Baumschlager contributed their knowledge and experience. They drove more than 10,000 kilometres over the course of the hard test programme, on a variety of surfaces in the Czech Republic, Germany, Austria, France, Italy, Greece, Spain and Finland. After getting the go-ahead from FIA, the new ŠKODA FABIA R5 was ready to continue the 114-year-old tradition of ŠKODA Motorsport in rallies around the world.

Successful from the first day

After its Czech premiere, the FABIA R5 continued its career in the World Rally Championship at the 2015 Rally de Portugal. In its very first outing, the ŠKODA Motorsport works crew of Esapekka Lappi and Janne Ferm took second place in WRC 2. In the next rally, on the Italian island of Sardinia, Jan Kopecký and Pavel Dresler took another runner-up finish.

The first victory didn’t take long to arrive, coming in the following WRC 2 round in Poland. There, Lappi took the first place with a dominating lead of 56.1 seconds. To further prove the FABIA R5 to be a successful project, Pontus Tidemand took second place at the same rally. The new car quickly moved to the top places in the WRC 2 standings, and it has never left. More victories followed in Finland and Germany, where Jan Kopecký won with a 4 minute lead, taking his first victory in WRC 2. At Rally Spain, the FABIA R5 finished the 2015 season by taking the first four positions in the overall WRC 2 standings.

A car for world champions

Even though the FABIA R5 didn’t take part in the whole year of the World Rally Championship, it still managed to get fantastic results. It’s no wonder, then, that expectations in the following season were even greater. It took the podium in the initial rounds of the 2016 season and got its first victory at the challenging Rally Mexico – which was also the first time a customer team took the overall victory in WRC 2. In the final round of the 2016 season, works driver Lappi took his fourth victory of the season, becoming a WRC 2 Champion in his FABIA R5.

The 2017 season began with a question – would it be possible to improve on the ten WRC 2 victories from the previous year? The ŠKODA Motorsport works team aimed even higher and this time, ŠKODA scored victory in the very first event of the year, Rallye Monte Carlo. The triumph belonged to the Norwegian driver Andreas Mikkelsen, who had moved from the WRC category. The victory in the following round, Rally Sweden, belonged to Pontus Tidemand, marking his first WRC 2 victory on home soil. The FABIA R5 continued to take one WRC 2 victory after another and 2017 went down in ŠKODA Motorsport history as the most successful year ever. The result? Victories in five major international championships and titles from another thirteen national championships. Pontus Tidemand became the WRC 2 Champion.

In the 2018 season, the FABIA R5 crews were winning more than ever before, with the exceptional vehicle scoring more victories than any other car in the R5 class. Jan Kopecký became the WRC 2 Pro champion and the overall number of cars delivered moved past the 300 mark. These are the achievements that ŠKODA Motorsport wants to follow-up on with the modernized version of the car. The new era will once again begin in the Czech Republic, where Jan Kopecký will take the new car over the stages of Rallye Český Krumlov, an event with a history going back to 1971. The first international start will be at Rally de Portugal. We hope its career will be just as successful as the old car’s was.