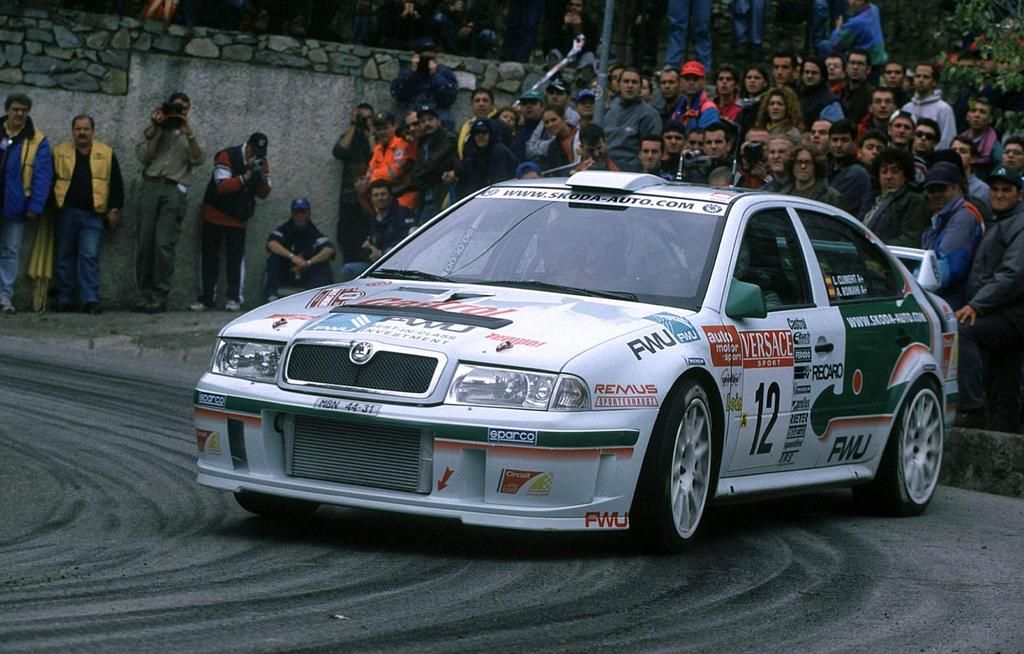 If you mention the name Climent to a Spaniard, it’s quite likely that they will recognize it. But unless they’re a diehard rallying fan, it probably won’t be Luis Climent they are thinking of.

That’s because Luis’s older brother Joaquín is undoubtedly the better known of the two siblings. A prominent Spanish actor, he has been a mainstay of Spanish TV, theatre, and cinema for almost 40 years.

Assuming that he’s in his brother’s shadow, however, does Luis Climent a disservice. He was an extremely capable rally driver and, as well as spending a season with the ŠKODA Motorsport WRC team in 2000, has a national championship and other notable results under his belt.

Luis Climent began his rallying career in 1987, in a modest Opel Corsa 1.3. In the early 1990’s he earned a spot as a works driver for the Opel Team España and some notable performances followed.

His third place at the 1991 Rallye Valeo, a round of the European Rally Championship, was impressive and was swiftly followed by his World Rally Championship (WRC) debut at the Rallye Catalunya. Although he failed to finish on his first outing, the following year (1992) he steered his Opel Corsa GSi to an impressive 11th place and he took an Opel Astra GSi to 8th the following season.

After several seasons of ‘almost but not quite’ results, finishing 2nd and 3rd in the Championship standings, in 1994 Luis decided to leave Opel in search of new opportunities. A single season in a Ford Escort RS Cosworth in 1995 delivered three rally wins, but also three retirements, and in 1996 Luis moved again, to drive a Citroën ZX 16V for the Citroën Hispania team.

It proved to be a match made in heaven. He won four rallies and earned four more podiums en-route to winning his first and only Spanish rally championship title.

His consistency and pace really caught the eye. The following season Luis took the leap into the WRC for the first time, driving a Mitsubishi Lancer Evo in the PWRC Championship, the forerunner of WRC2.

He followed that up with 3rd the following year and in 1999, eager to try and progress to the full WRC championship, he chose to switch car mid-season to drive the new Subaru Impreza S4 WRC. Four top-ten finishes followed, and Luis had done enough to convince ŠKODA Motorsport to offer him a works drive in their new OCTAVIA WRC for the 2000 season.

It was the car’s first full season in the WRC and proved to be a tough challenge for Luis and co-driver Álex Romaní. They started well enough with a 10th place finish in Monte Carlo and 8th at the Safari Rally in Kenya, but after that their season tailed off. A combination of accidents and technical problems meant they only finished three more rallies.

At the end of the season, Luis and the team decided to part ways. It was to be Luis’ one and only season as a WRC works driver. He returned to the Spanish championship for three more seasons, finishing runner-up again in 2001, before eventually retiring from rallying in 2003.

Luis then spent more than a decade away from rallying, working in his family business and doing some driving teaching in Valencia. It looked as if his rallying story was complete.

But last season, he made an unlikely return to the sport. At the age of 51, Luis drove the course car at more than a dozen Spanish rallies and that experience clearly whetted his appetite for rallying once more.

This season, Luis Climent has driven in three rounds of the Spanish Gravel Championship and, now driving for pleasure alone, has clearly rediscovered his love of rallying.

His days of challenging for titles and pushing the world’s best may be in the past. But Luis Climent still has plenty to share with the next generation of Spanish rally drivers. As a former Spanish rally champion and the only Spaniard to drive for ŠKODA Motorsport in the WRC, he has plenty to be proud of in his career.

His brother Joaquín may enjoy a higher profile in Spain, but Luis Climent deserves to be held in equally high esteem.