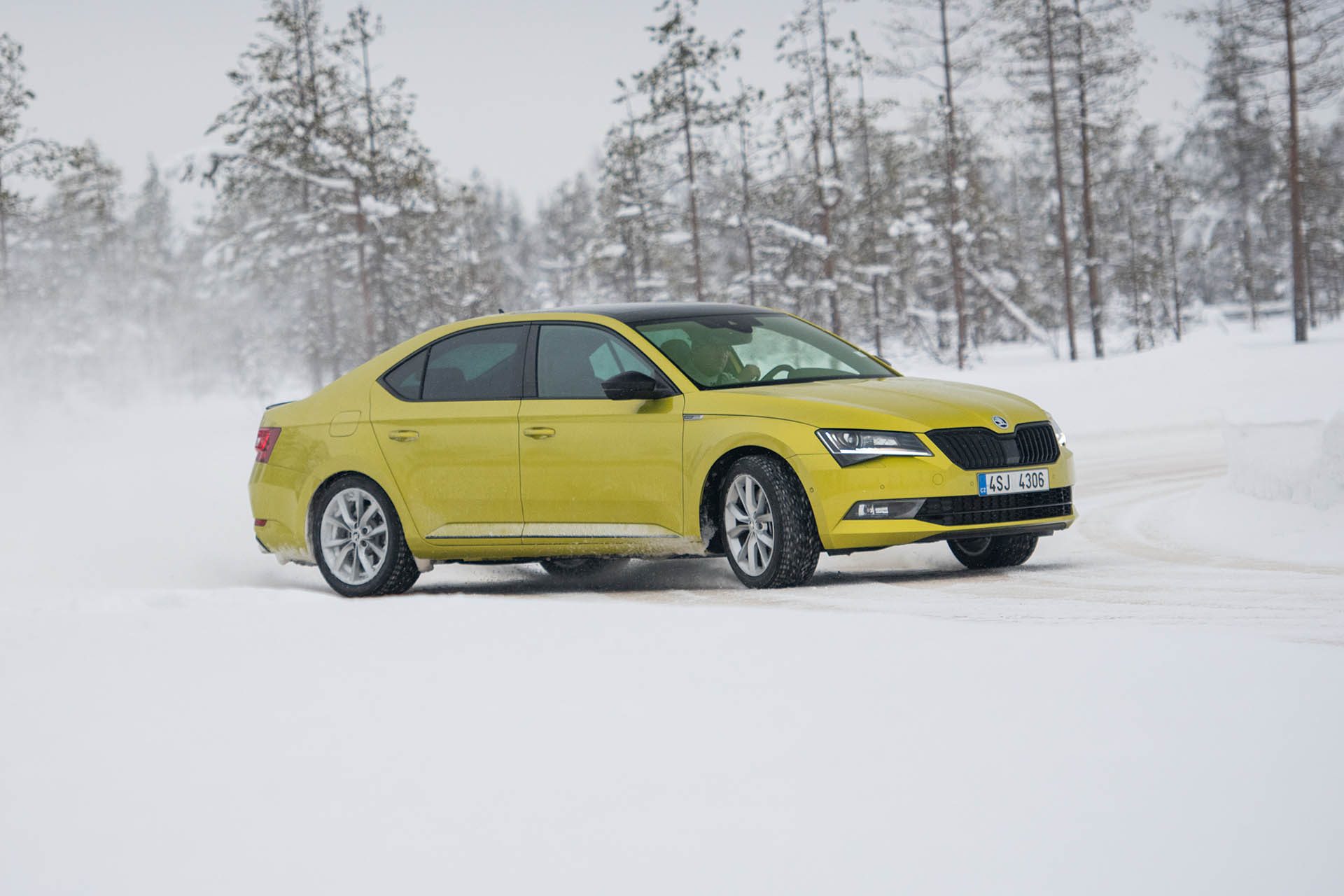 Not All 4x4s Are Alike: The Types of All-Wheel Drive

In our series about all-wheel drive, we have already followed its journey from military vehicles and trucks to rally cars and today’s family cars. Now it’s time to look at different types of 4x4s. Over the past decades, many different systems have been invented, each with its own advantages and disadvantages, each suitable for a different use. We’ll take a short look at the basics and explain why they are used in their respective fields.

That’s where it all began. The first mass-produced, all-wheel drive off-road vehicles, like the Jeep Willys of the World War 2, had a part-time 4×4. Under normal conditions, only one axle was driven (usually the rear), with the option of shifting to all-wheel drive as needed. This approach is still used in many off-road vehicles, where the vehicle’s abilities over rough terrain are more important than handling on the road.

Most of the manually-operated part-time 4×4 systems are designed to be used only at small speed and on loose surfaces. They lack the centre differential that would allow the front and rear wheels to turn at different speeds while cornering. This results in wheels skidding or “hopping”, which is not only uncomfortable but can also result in drivetrain damage.

These systems are used in many all-terrain vehicles, from the aforementioned army Jeep to many modern off-road cars. They are usually excellent in rough terrain, but since they are driven by just two wheels while on the road, they don’t offer any advantages when it comes to driving dynamics or safety. That’s why you won’t find this solution in ŠKODA cars.

An all-wheel drive system can do much more than just get you over rough terrain. It can also improve the driving dynamics and, by the same token, safety. To make full use of this potential, full-time 4×4 systems were designed that can be used all the time and at any speed.

These systems permanently split the engine’s torque between the front and rear axle. The ratio of the split is usually fixed, although some systems allow you to change the front-rear balance. The full-time 4×4 solutions include systems such as Torsen, with a torque-sensing (hence the name) centre differential, which is used in many Audi models.

A full-time 4×4 is also used in modern WRC and WRC 2 rally cars. Each of the categories uses a different approach. The WRC cars have an active centre differential that allows better adjustment to the driving style and the character of the stage, making them faster entering corners and more responsive to steering corrections. Their handling is similar to the cars of the WRC’s 2.0-litre era, like the ŠKODA FABIA WRC, which used a similar design of centre differential.

The WRC 2 cars, like the ŠKODA FABIA R5, use a different solution. Here, the centre differential is replaced by a fixed torque split between the front and rear axle, with the ratio set during the car’s homologation. The setup for various surfaces can only be changed by adjusting the limited-slip differentials at the front and rear axles. Read more about the ŠKODA FABIA R5 drivetrain in our detailed technical section.

From the driving dynamics and handling standpoint, it would be easy to assume that the full-time 4×4 is able to fulfil any need. In reality, though, even these systems have their disadvantages. While they offer supreme traction under any circumstances, they also come with higher fuel consumption.

With advances in technology, a third variant was born: the on-demand 4×4. These systems engage or disengage the coupling between axles – typically a multi-plate clutch – as needed, based on the commands from the control unit which evaluates the wheel slip. In modern systems, the system is even able to predict the slip before it occurs.

These systems, which include the Haldex coupling used in ŠKODA cars, make it possible to send as much torque as needed to each axle (or even each wheel). Under most conditions, these cars handle like standard two-wheel drive vehicles, which means a significant increase in fuel efficiency. On a slippery or loose surface, or in any other situation where one driven axle would not provide sufficient traction, the other is engaged. The action is so fast that the driver often doesn’t realise that the change has occurred.

The advantages of these ŠKODA cars include the sophisticated setup of the 4×4, working in conjunction with ESC (Electronic Stability Control). The system is able to evaluate your driving style and decide if you are looking for the maximum traction or fun behind the wheel.

The advent of electric or electrified cars will bring massive proliferation of another type of 4×4, which will no longer depend on physical connection between axles. Both hybrids and pure electric cars make it possible to drive each axle independently. Whether one of them is powered by electric motor and the other with internal combustion (as is the case with some hybrids), or there are electric motors for both of them, such solution enables sending the power to individual axles as needed, without the need for advanced differentials, multi-plate clutches and other complex solutions.

In the future we will probably develop systems that have an even greater ability to deliver the exact amount of torque to each wheel, in exact the right moment to provide perfect dynamics.