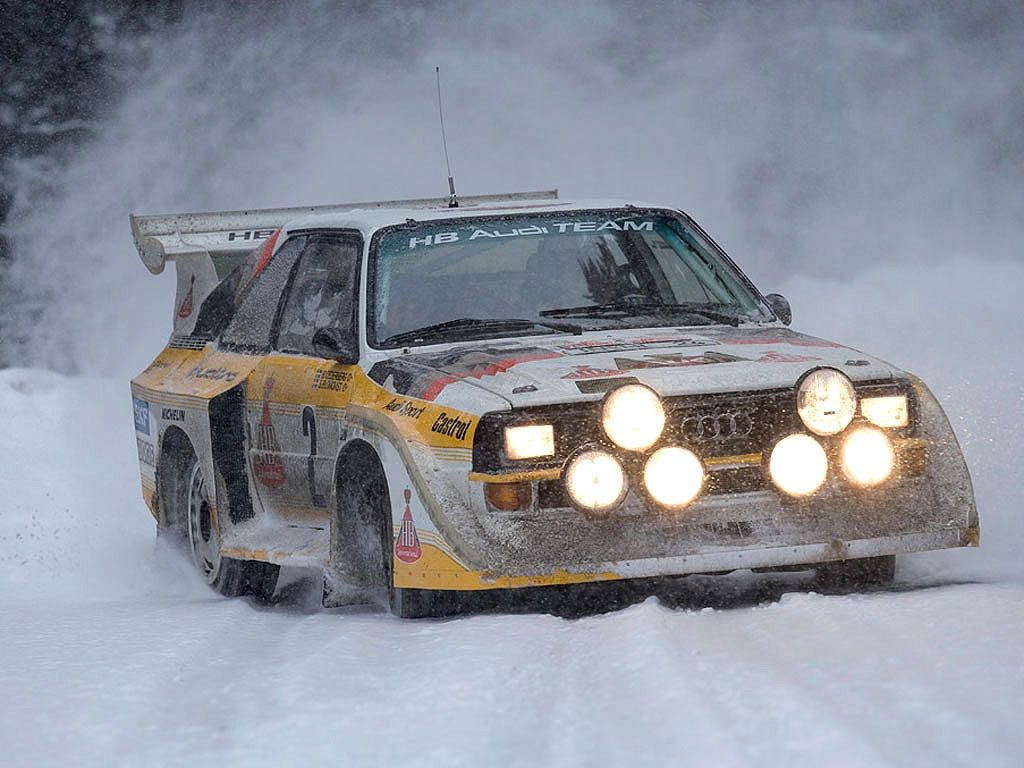 From the Fields to the Roads: A Brief History of the 4×4, Part Two

In the previous instalment of our miniseries, we left off the story of the 4×4’s history shortly after World War II, the first time when four-wheel-drive cars were truly being mass-produced. The rudimentary, military-based machines of that time, though, were miles away from today’s 4x4s. The transformation from what were basically single-purpose off-road vehicles to the universal, mass-market 4×4 models of today was still many decades in the future. Although first attempts appeared much sooner, it took until the 1980s before four-wheel-drive proved its advantages on normal roads and the boom of all-purpose 4x4s began.

Single-purpose 4×4 vehicles, designed primarily with off-road use in mind, no matter if they were pickup trucks of classic off-roaders going in the footsteps of original Jeep, typically used a body-on-frame construction. In fact, the orthodox ones use it to this day. The massive frame is the main supporting member, to which the engine, transmission, axles and body itself are attached. This design offers many advantages. For example, it allows for great variability of drivetrain options and the use of various body types or superstructures.

In off-road use, the frame is also indispensable. It allows for greater body flex and axle articulation, without the body suffering. On the other hand, it comes with many disadvantages on the road, like being heavy and bulky – which is also true about the traditional 4×4 system with three massive differentials. If you really want to use the four-wheel-drive on the road, you need to put it into a unibody design. Sounds easy, doesn’t it? You might even think it strange that no one thought of that sooner.

In fact, many did, but the problem was always the same. Money. Unibody 4x4s were usually so expensive and the target audience so small, that there was no way to pay for development. The problem is that unibody has to be designed for all possible driveline configurations from the outset, leading to huge development costs and a small margin for errors (or for fixing them).

Besides that, it was necessary to develop a universally useable and mechanically strong, yet compact design of the driveline – and one that would work with transversely-mounted engines as well. The 4x4s were waiting for the opportunity and for the one big player on the global market who would be able to finance both development and marketing. In the end, it was Volkswagen who became the pioneer, using the technology from the VW Iltis military vehicle in the Audi Quattro rallying legend.

However, it was a long way from the end of World War II to the fire-spitting Group B monsters – and further still to the point where four-wheel-drive became a part of mass-market cars. It would be a mistake not to look at milestones of the 4×4 development, at least at a glance. Many unique and interesting cars were created in those 40 years, together with many a legendary name still with us today.

To begin, let’s go back to the post-war times and military vehicles. After the war, the world was full of decommissioned military Jeeps. Seeing their capabilities, many people recognized the potential of a 4×4 off-road vehicle for various uses – and automakers did, too. This led to the development of first commercially available, mass-produced off-road vehicles. The Jeep CJ-2A, introduced in 1945, wasn’t much more than a civilian version of the Willys, but it was the first step that led to the brand being recognized as synonymous with off-roaders around the world.

A year later, Dodge used a similar recipe with the Power Wagon, based directly on the WC-series cars manufactured during the war, cornering the market for 4×4 trucks. The first real newcomer, and another big name to be associated with 4×4 for decades to come, appeared in 1948. The Land Rover, even though it was clearly inspired by the Jeep, was the first purpose-built civilian off-roader, even offering the “power take-off” feature so  that it was able to support farm machinery and thus serve as a replacement for a tractor.

Still, 4x4s of the post-war period were a long way from true road cars. They were slow, cumbersome and uncomfortable, limiting their use to situations where travelling on the roads could be considered a secondary task. This, however,  was soon to change.

Jeep was once again the first one to lead the way, with the introduction of the Wagoneer in 1963. It was the first 4×4 to come with independent front suspension and nautomatic transmission. Even more important, though, was a estate-like body with a comfortable interior, equipped and finished like a regular passenger car of the time. By most standards, the Wagoneer could even be considered luxurious and became quite popular with wealthy people in the USA, for use at their summer homes and ranches. Soon after, other American manufacturers came up with their own off-roaders – the International Scout, the Ford Bronco, the Chevrolet Blazer and the Dodge Ramcharger. Around the same time, Land Rover came up with its own take on the luxury off-roader, the Range Rover.

These cars were a huge step forward in making the 4×4 useable in an everyday road car. They still made a lot of compromises on the road but they were much more refined than the Jeeps and Land Rovers of the post-war era. Even so, the gap between them and “normal” passenger cars remained huge.

One of the first brands to try and close the gap was Jensen, who went even further than expected. Rather than just moving one stepforward and fitting a four-wheel-drive into a saloon or estate car, Jensen decided to go all-out and make theirs a GT coupe. The Jensen FF was based on the stylish Interceptor and, like the Interceptor, used high-powered V8 big block engines from Chrysler. The difference was that FF (short for Formula Fergusson, after the 4×4’s creator) used a full-time all-wheel-drive system, distributing power roughly 60/40 between the front and rear axles. The high price and questionable reliability caused the FF to sell poorly, but it still was a precursor of the things to come.

Meanwhile, a small Japanese brand found its niche in making the 4×4 available to those who didn’t want a hardcore off-roader and couldn’t afford the super-expensive Jensen. In 1972, Subaru introduced the four-wheel-drive version of its Leone estate car. Soon, it became popular with farmers and others who needed a 4×4 capability in a car suitable for regular road use as well. It was a giant step in the right direction, but it still took years for others to jump on the bandwagon.

To make it to the mainstream, 4×4 needed a bigger name to enter the scene. That came in late 1970s, when Jörg Bensinger, Audi’s chassis engineer, noticed that the Volkswagen Iltis, a small military off-road vehicle, was faster than any high-performance Audis during the winter testing in Scandinavia. This made him think about a new approach to the all-wheel-drive – something that Jensen had tried but never really succeeded in, namely using 4×4 not just to improve off-road capabilities, but also speed and handling on slippery roads.

His idea led to the development of Audi’s first 4×4 car, the Quattro. Based on the contemporary Audi Coupé, the sleek two-door combined attractive looks with the unique dynamics of the all-wheel-drive car. This alone would probably have been enough to make the brand interesting, but the real impact came when the Quattro went rallying. Its several evolutions, culminating in the mighty short-wheelbase Sport Quattro S1 E2, scored countless victories in the legendary Group B era of WRC, driven by big names like Walter Röhrl, Stig Blomqvist or Michele Mouton.

The Quattro’s edge over competitors didn’t last for long, as everyone else got inspired by it and started using 4×4 as well. Soon, with the introduction of cars like the Lancia Delta S4, the Peugeot 205 Turbo 16 or the Ford RS200, the Group B was full of all-wheel-drive cars.

The rest, as they say, is history. When the public was exposed to Quattro’s 4×4 both on the road and on the rally tracks, all-wheel-drive became the thing to have, the hit of the times. Soon, most automakers in Europe and further afield started offering their own 4×4 models. Lancia took its rally expertise to the road with the Delta HF Integrale, while Peugeot offered the rally-derived 4×4 in the 405 saloon. Ford came up with the sporty Sierra XR4x4, BMW introduced its 325ix, while Volkswagen followed the lead of its sister brand and offered four-wheel-drive in its Golf Rally in the late 1980s.

In the following decades, various 4×4 systems made their way into mainstream cars and became more and more ubiquitous. That, together with the differences between the various systems that are in use today, is a story for another day, however. Stay tuned!