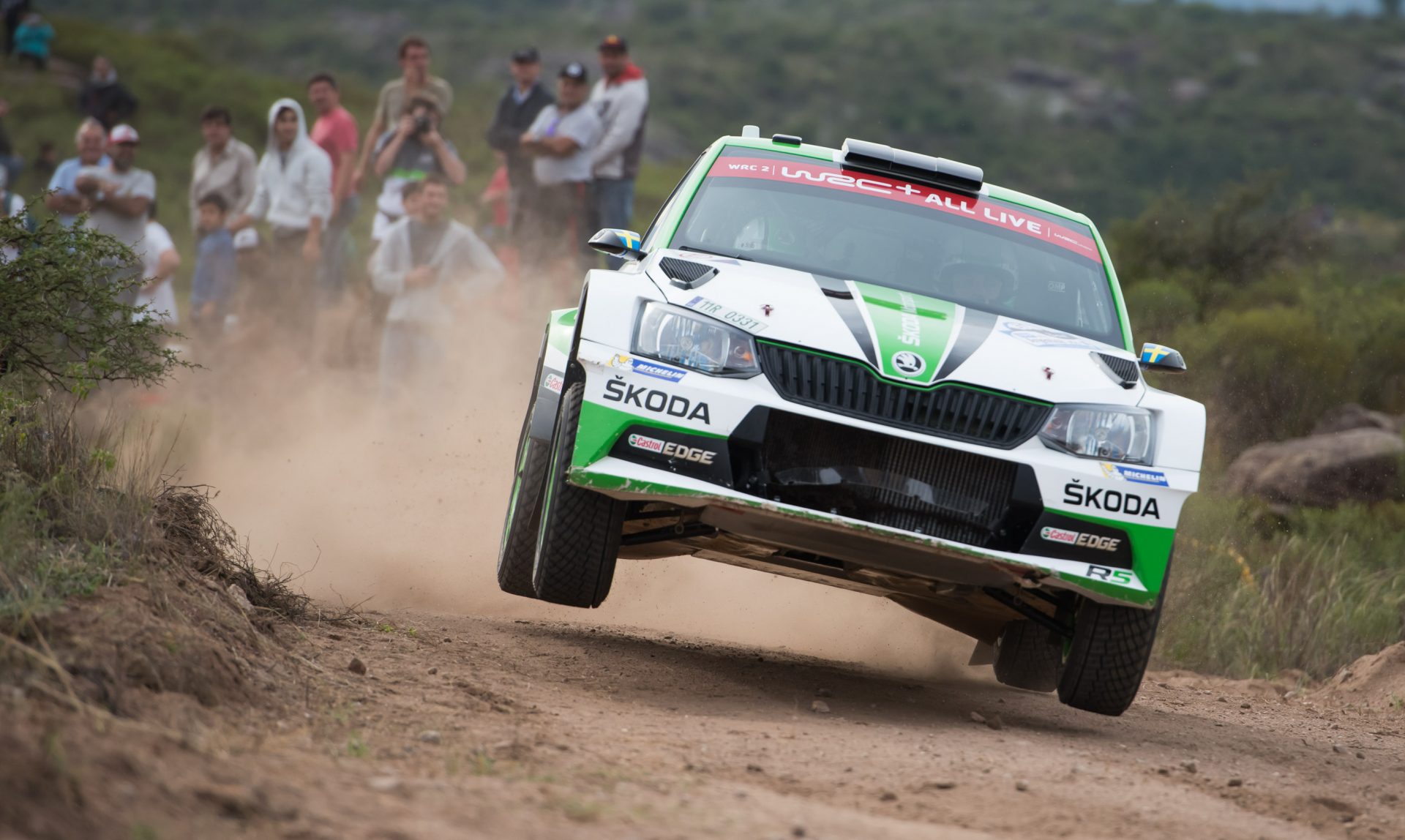 On the dirt roads around Villa Carlos Paz, the FABIA R5s had another great day. Both factory and privateer drivers proved their worth and are looking set to dominate the Argentinian rally.

The hero of the day was once again Kalle Rovanperä. The youngster from Finland managed to post the best time, more than 2 seconds ahead of privateer Gustavo Saba from Paraguay, who was also behind the wheel of a FABIA R5.

The other works FABIA R5, driven by Pontus Tidemand from Sweden, was in third place, and for a long time it looked as if it was going to be a 1-2-3 score for the ŠKODA MOTORSPORT cars.

Near the end of the shakdedown period, however, Nil Solans, a Spaniard driving a Ford Fiesta R5, managed to post a time identical to that of Gustavo Saba and moved up to share second place. Pontus Tidemand remains close behind them in fourth.

The team is looking forward to the first leg of the rally, which starts tomorrow morning!