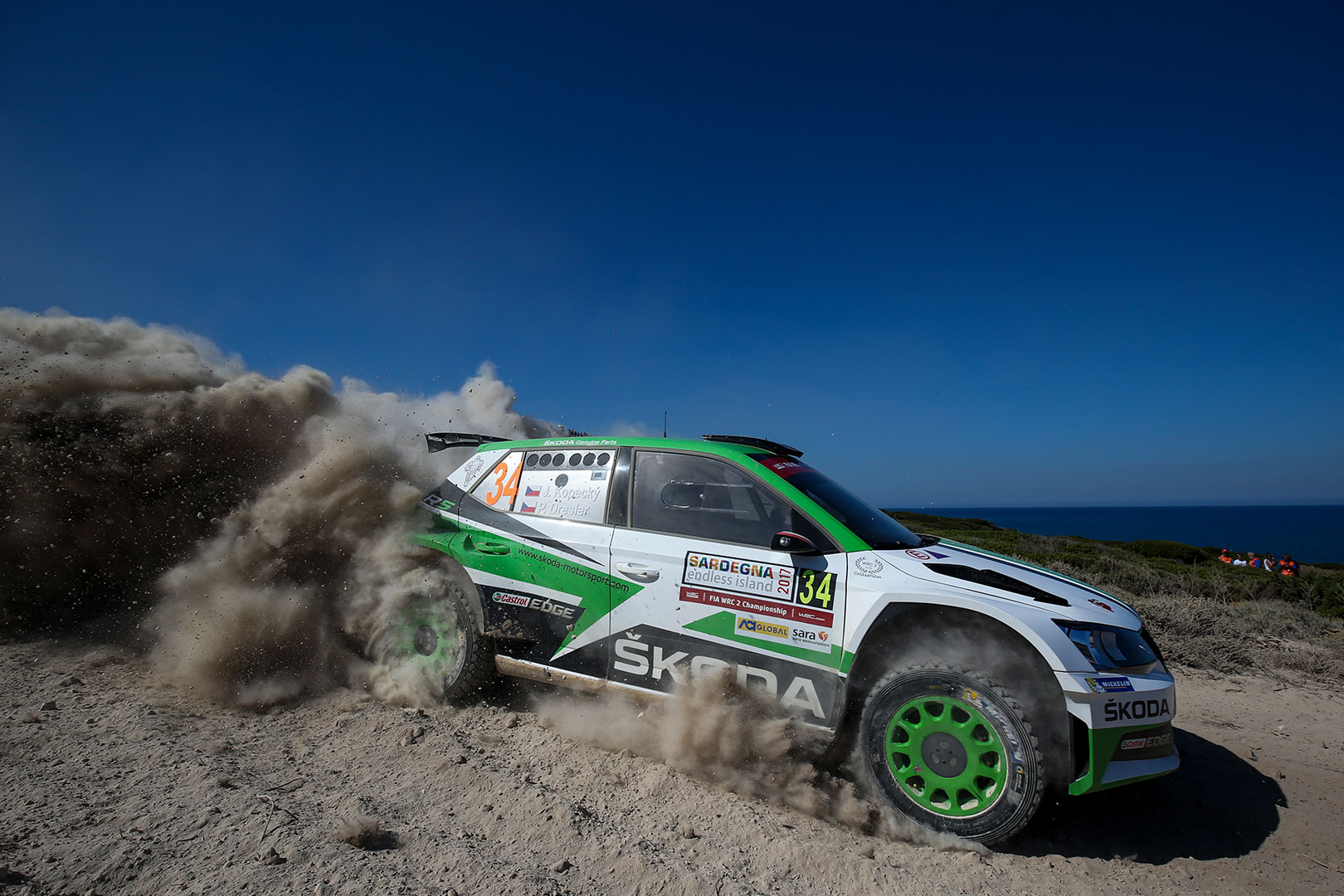 Rally Italia Sardegna 2018: All You Need to Know Before Rally Starts

Sardinia’s rally twists and turns around the town of Alghero, taking place on fast, narrow gravel roads that test the drivers’ speed and precision to the max. Lined with trees, bushes and even rocks, these tracks don’t forgive a single mistake. Intense heat and dust only add to the challenge. Add to the mix spectacular moments like Micky’s Jump and the scenic start in Alghero, and you have one fascinating rally!

With a history spanning more than 90 years, this Italian rally is one of the staples of the rallying calendar. For decades, the WRC event took place on the combination of tarmac and gravel roads around San Remo, before the schedule changed and the Rally Italia Sardegna became the WRC calendar event.

Learn more about the history of the Italian rally!

Did you know that Michéle Mouton became first woman to win a WRC event at 1981 Rally Sanremo?

After three podium finishes in last three years – 3rdin 2015, 2ndin 2016 and 1stin 2017, Jan Kopecký and his co-driver Pavel Dresler return once again to Sardinia in the hope of repeating their success. Like last year, Ole Christian Veiby, accompanied by Stig Rune Sjaermoen, will be in the second works FABIA R5.

The factory team’s two cars will be accompanied by half a dozen private FABIA R5s, driven by the following crews:

Sun-baked, rough and dusty, the gravel tracks of Sardinia present a real challenge to both cars and crews. On top of being fast but narrow and lined with trees, bushes and rocks, they are a treacherous combination of hard surface covered by soft sand. This means not only a lot of dust, but also fast changing conditions. As the sand is swept away, the tracks become rough and rutted, often requiring raising the ride height.

The action starts with super special stage at the former Ittiri motocross track near Alghero, which is run on Thursday evening and is a popular sight for the crowds.

On Friday, the fourth stages, totaling 122.86 kilometres, take place to the north-east of Alghero. The route consist of familiar stages, including the extended version of the Tula stage, as well as Castelsardo stage that’s coming back after being skipped the last year.

The Saturday is the busiest, with two identical loops of three stages being run in the morning and afternoon, both runs including the famed Micky’s Jump, where cars fly over 20 metres and have to turn right after landing. The two loops are interspersed with another run at Ittiri rallycross track.

Sunday takes crews to the coast north of Alghero, where they once again run the same loop twice, this time comprising two stages per run, 84.08 kilometres in total for the day. Then, cars return back to the Alghero town centre for the podium ceremony.

The conditions on Sardinia are harsh not only during the race, but even before it. Wednesday is the day of reconnaissance (or recce, for short) runs where crews get familiar with the track and create pacenotes. As recce is not a practice run of the rally, the crews are not allowed to use their competition cars by the rules and they drive “civilian” cars instead. For the ŠKODA crews, these are usually OCTAVIA RS.

On the picture above, you may notice a difference from what OCTAVIA RS usually looks like. The wheels look quite small, don’t they? While the production OCTAVIA RS is equipped with 17″ wheels as standard, with 18″ or 19″ wheels being optional, the team decided to fit it with 15″ wheels from base OCTAVIA for the recce. The reason is that the rough surface of the Sardinia’s roads is really harsh on tyres – and since looks or even speed (you have to obey speed limits) don’t matter during recce, team fitted the smallest wheel possible, with 15″ tyres designed for commercial vehicles. Them being more robust, the recce car has better chance to survive the runs without puncture.