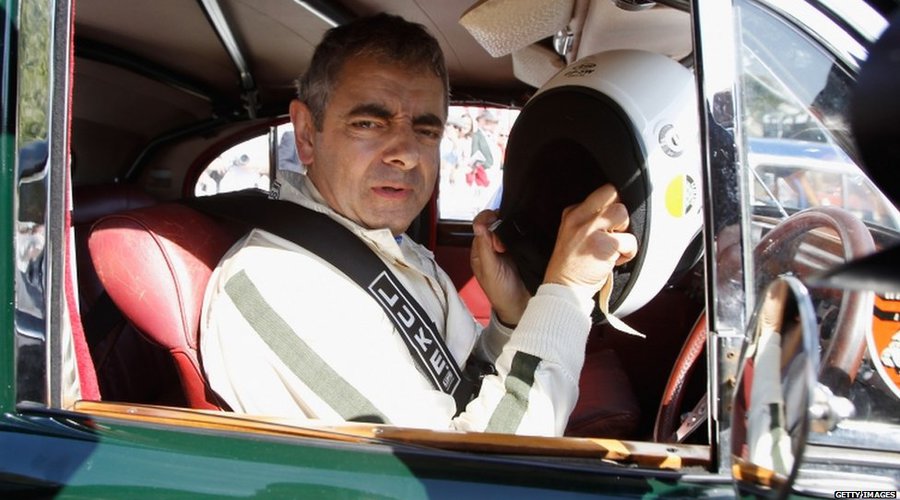 Rowan Atkinson: A Master of Comedy and Driving

His character of Mr. Bean makes whole world laugh since 1989. But there’s more to Rowan Atkinson than his great comedic talent that shone in movies like Bean, Love Actually or Four Weddings and a Funeral, or the Blackadder series. He is also a passionate motoring and racing enthusiast. Want proof? He owned an iconic McLaren F1, a legendary supercar with the top speed of 391 km/h. He bought his maroon example in 1997 for 540,000 pounds. In 2011, he crashed it into a fence in Oxfordshire, prompting a repair bill of 910,000 pounds, reportedly the largest automotive insurance payout in Britain. Even after the crash, the car retained its value and the actor sold it three years ago for 8 million pounds, after years of thoroughly enjoying its qualities – he put more than 40,000 miles on its odometer, an exceptional number for such a rare car.

Vehicles of various kinds are a real passion for Atkinson. Since 1981, he’s got a truck drivre’s license and he made living as a truck driver when he was a struggling actor. His car collection features many interesting items even after the sale of his McLaren. Among the most notable are Aston Martins, like DB7 Vantage he drove in Johnny English movie, or maroon 1981 V8 Vantage that he bought in 1984. He raced an Aston Martin V8 Zagato that he crashed on Croft circuit in 2011. His another shunt was in 2014 at Goodwood Revival, a head-on crash in his Ford Falcon Sprint. For two seasons, he raced in Renault 5 Turbo one-make series, attended 2013 Goodwood Revival with Jaguar Mark VII and a year before, he was at Le Mans Festival with Aston Martin Vantage GT4. Among other cars he used are more ordinary ones like an Audi A8, a Honda Civic Hybrid, Honda NSX supercar or ŠKODA SUPERB.

In most people’s minds, though, he’s connected with another car. A green Mini with black hood and padlocks on the doors. Six different examples with different registration plates appeared in both sketches and on the silver screen, while the seventh car was featured in a promo for animated series in 2002. Another example starred in a series of advertisements for a Swedish supermarket chain. In 2009, Atkinson attended Goodwood Revival with a Mini that he drove using a string while sitting in an armchair mounted on the roof – exactly like he did in 9thepisode of the comedy series,  Do-It-Yourself Mr. Bean.

In spite of his fame, fortune and CBE (Commander of the British Empire) title, he’s still, first and foremost, a motoring enthusiast – one of us. The first thing he did after buying his McLaren F1 was strapping his two kids into child seats and driving them for 5 hours to Cornwall for a holiday. That should say something….