Vincent Verschueren claimed victory at the Omloop van Vlaanderen (1st to 2nd September), the seventh round of the Belgian Rally Championship, to move the top of the championship standings.

Driving for the GoDrive Racing team alongside co-driver Veronique Hostens, Verschueren started well and after the opening four special stages sat in second place just 1.5 seconds behind fellow ŠKODA FABIA R5 driver and championship rival Kris Princen, who was driving for Bernard Munster Autosport alongside co-driver Peter Kaspers. But an accident on SS5 ended Princen’s involvement and led to Verschueren and FABIA WRC driver Andy Lefevere battling at the head of the field.

With WRC cars unable to score points in the Belgian championship, Verschueren’s priority was to remain in front of his other title rival Kevin Abbring, so he didn’t push too hard and Lefevere eased into the lead. But as heavy rain fell towards the end of the rally, he too crashed out on SS16 to leave the way clear for Verschueren to claim victory ahead of Abbring by a margin of 59.8 seconds. 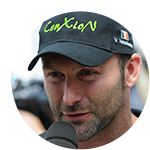 “It was tempting to attack thoroughly to aim for victory, but I remained calm," said a delighted Vincent Verschueren at the finish. "When the massive downpour surprised us, I lifted my foot and opted for safety. It was the right decision and I felt comfortable with the ŠKODA. It really does make a difference to be driving the same car for a second season. Today, I know how this FABIA R5 reacts. It was raining so hard that you could barely see the road and it was really hard to keep the car going. This victory is really good because I thought I would never win the Omloop van Vlaanderen. I have retired from the lead here three times, so it’s great to finally get a win.”

Behind Verschueren, there was an impressive fourth place finish for the SXM Compétition FABIA R5 of Achiel Boxoen / Jasper Vermeulen. This is Boxoen’s first season driving an R5 car and this represents his best result in the Belgian championship so far. 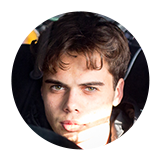 “We had a few problems at times,” said a delighted Achiel Boxoen after the rally. “When you drive on slicks in such rain, you have to manage the aquaplaning and the window always fog up. But fortunately, we remained focused, attacked when we could, and we managed to avoid any mistakes. I am very pleased with the result.”

His victory sees Vincent Verschueren climb to the top of the Belgian championship standings. He now has 84 points, 16 more than Kevin Abbring and Kris Princen, with two rounds remaining. The next event of the season will be the East Belgian Rally, which takes place on 29th and 30th September.

Quentin Giordano on the podium at the Rallye Mont-Blanc Morzine

There was a podium finish for Quentin Giordano at the Rallye Mont-Blanc Morzine (1st to 2nd September), the sixth round of the French Tarmac Rally Championship. Giordano came home in third place overall and first in the Michelin Trophy standings, a result which leaves him second in the overall championship standings behind Yoann Bonato.

Giordano, who was driving a FABIA R5 for the Sébastien Loeb Racing team alongside co-driver Kévin Parent, drove a consistent rally, finishing in the top 4 in all but three of the twelve special stages driven. He was ultimately rewarded for his endeavours when rival Jérémi Ancian, who sat in second place, was forced to change his wheel after a crash and fell back to fifth. 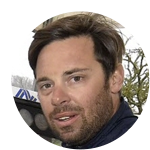 “I'm super happy with this podium, but of course feel a bit sorry for Jérémi,“ said Quentin Giordano on the podium. “I'm happy that we fulfilled our goal of not making mistakes. We scored more points than Charles [Martin] in the championship and won in the Michelin Trophy which is great. I want to thank my team because I have worked hard since the 'Rouergue' with my engineer Arnaud Mounier as well as with Stéphane Sarrazin and this is a great reward for that effort.”

Just 27 seconds behind Giordano, and in fourth place overall and second in the Michelin Trophy standings, was the FABIA R5 of Charles Martin / Thierry Salva. Driving for RTTC – Yacco team, in a car prepared and run by Team FJ, Martin was driving his first ever rally in a FABIA R5 and steadily improved his performance as he got more used to the car, culminating in second place finishes in the final two stages of the rally.

Further down the field, Michel Giraldo was making his first start in the French Tarmac Championship in a FABIA R5 after two previous victories with this car in French Cup events. Alongside co-driver Méryl Giraldo, he brought the car home in eighth position overall and fifth in the Michelin Trophy standings. Behind them, in tenth place overall and seventh in the Michelin Trophy standings, was the Team FJ FABIA R5 of Fabrice Bect / Arnaud Michal.

The next round of the French Tarmac Rally Championship will be the Rallye Coeur de France which takes place on 29th and 30th September.

At the first ever Rallye Trebišov (1st to 2nd September), the sixth round of the Slovak Rally Championship, there were some impressive performances from FABIA R5 drivers.

Martin Koči / Filip Schovánek, who were driving for the Styllex Motorsport team, brought their FABIA R5 home in the runners-up position. Koči claimed victory in two of the event’s six special stages and finished just 5 seconds behind the overall winner Pavel Valoušek, who was in a more powerful WRC car. 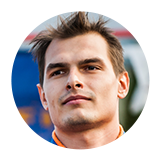 “It was a nice rally and I really enjoyed myself out there,” said Martin Koči afterwards. “The stages were demanding, and the whole event was extremely fast. It is difficult to compare us with Valoušek, who was in a more powerful car, but I feel good about this result.”

Joining Koči on the podium was the Rufa Sport FABIA R5 of Polish duo Grzegorz Grzyb / Jakub Wróbel. They were just 20 seconds further down the round and managed to claim one stage victory of their own.

Further down the field in sixth position was the Drotár Autosport FABIA R5 of Igor Drotár / Tomáš Plachý. Drotár seemed happy with the result and was full of praise for the first running of this event. 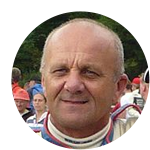 “It was fantastic. It was a beautiful rally not only for stages themselves but the whole organization. Everything went well, so congratulations to all the participants and everyone who made this rally happen,” said Igor Drotár.

This result means it’s as you were at the top of the Slovak Rally Championship standings with Valoušek leading the way from Koči in second and Grzyb still in third place. There is just one round of the season remaining, the Rally Košice, which takes place from the 20th to 22nd October.

In the third round of the Bulgarian Rally Championship at the Rally Sliven (1st to 3rd September), Romanian crew of Dan Gîrtofan / Tudor Mârza finished in third place for the ŠKODA România Motorsport team. It was Gîrtofan’s first rally outside Romania since 2008 and the two-time Romanian champion was using the event to get accustomed with his FABIA R5 after the summer break. “We loved this rally and I'm very happy that we decided to come here,” said Dan Gîrtofan. “I enjoyed every metre of the rally, but we didn’t take unnecessary risks to avoid causing any damage to the car ahead of next week’s Raliul Iașului.”

Thibault Habouzit / Sandra Fargier claimed their third French Cup win of the year in their 3D Autos FABIA R5 at the Rallye Régional Velay Auvergne (1st to 2nd September). They finished 45 seconds ahead of fellow FABIA R5 competitors Stéphane Abrial / Isabelle Sicard, who were in their first event of the season, in a car prepared and run by Rally Service Racing.

To Italy and the Rally di Reggello - Città di Firenze (2nd to 3rd September), in the Italian Regional Championship (Zone 5), where the Top Rally FABIA R5 of Marco Gianesini / Marco Bergonzi claimed victory by a margin of 55.2 seconds on their debut drive in the car.

Elsewhere in Italy, the Rallye des Alpes du Mont Blanc (1st to 2nd September) saw Patrick Gagliasso / Enrico Ghietti finish in third place for the Eurospeed team, in a car prepared and run by Roger Tuning. It was just Gagliasso third drive in a FABIA R5 and also his third podium finish.

At the Strömkarlsrallyt (2nd September) in Sweden, there was a second place finish for Kjell Sandberg / Göran Lönnmark. They brought their FABIA R5 home just 7.1 seconds behind the overall winner Ronnie Jacobsson.

And finally, to Paraguay and the Super Prime Pre-Chaco (2nd to 3rd September), the fifth round of the Paraguayan rallysprint series, where Tiago Weiler / Gustavo Gavilan finished in third place in their FABIA R5.