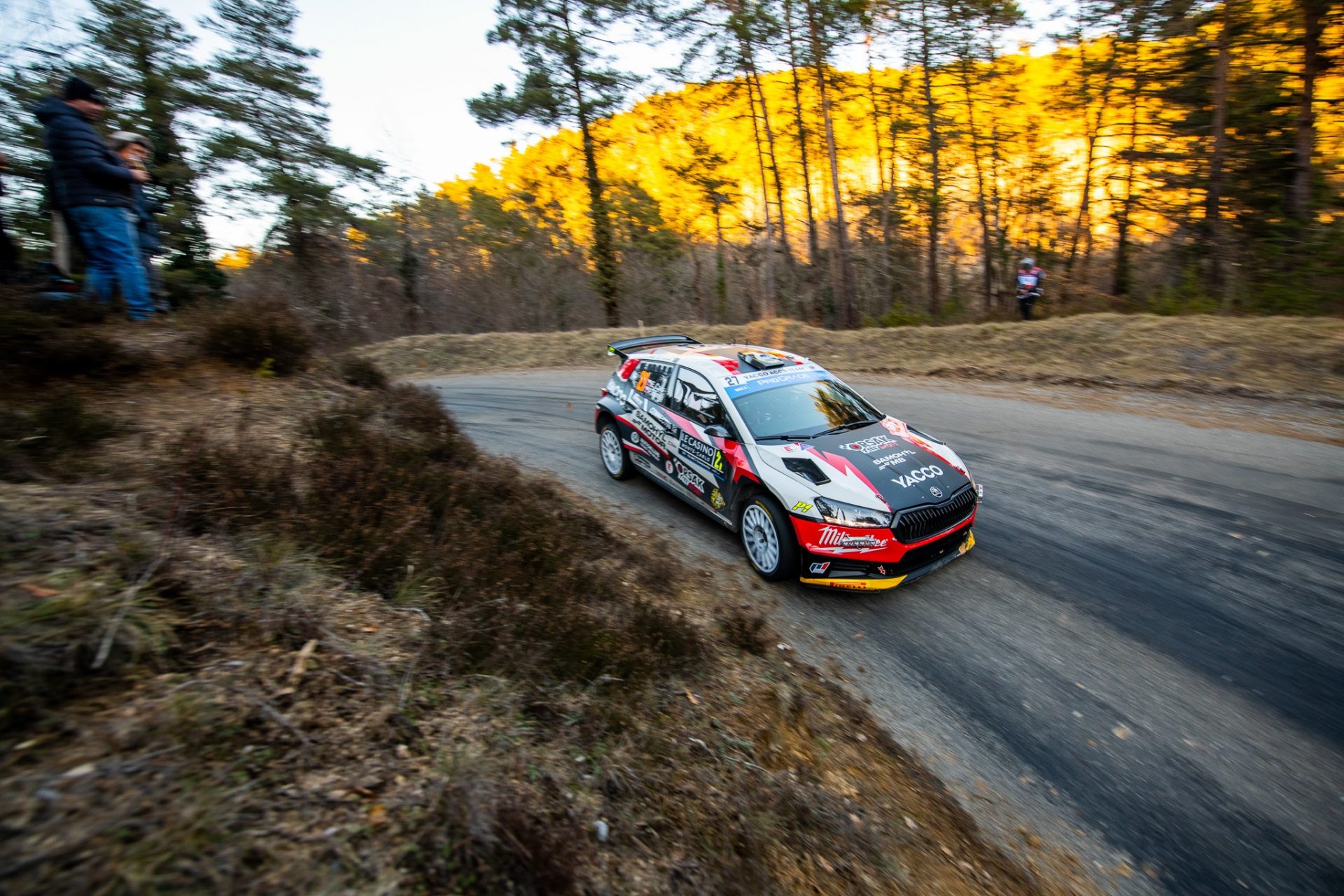 The premiere of the Škoda Fabia RS Rally2 at the World Rally Championship proved that this car is definitely not missing speed! Customer crews with the new car won 16 of the 18 special stages in the RC2 class on the Rallye Monte-Carlo and four cars finished in the top 10 of the class. The Fabia RS Rally2 also dominated the WRC2 Masters Cup category, taking the top two places.

A total of seven crews completed the Rallye Monte-Carlo with the new Škoda Fabia RS Rally2 and four of them finished in the top 10 of the RC2 class. The majority of the crews driving RC2 cars on the Rallye Monte-Carlo decided to collect points in the WRC2 category. Oliver Solberg, however, did not include the Rallye Monte-Carlo among these seven events and used the rally to get used to the new Fabia RS Rally2 car as best he could. And he's done a good job of it. While his overall time was affected by a puncture and then contact with a rock, Solberg set the fastest time in the RC2 class on 10 of the 18 stages. By the way, the Toksport WTR team was able to repair Solberg's car after the quite dramatic rock contact during the short service and Oliver was then fastest in the next two stages. This confirmed not only the speed but also the durability of the new car.

The crews who, on the other hand, decided to collect points already on the "Monte" also did well. In the WRC2 category, fourth place belonged to the Erik Cais/Petr Těšínský crew from the Orsák Rally Sport team. "It's amazing. My team prepared an incredible car, the weekend was perfect," said Cais. Seventh place went to the crew of the Toksport WRT team Marco Bulacia/Alex Coronado (BOL/E), also in a Fabia RS Rally2. It was also the new car's predecessor, the Skoda Fabia Rally2 evo with British crew Chris Ingram/Craig Drew, that finished in the Top 10 of this category.

The first rally of the new season was also the debut of the newly created WRC Masters Cup category. The category, dedicated to drivers over the age of 50, was dominated by crews with Škoda cars, who took the top six positions. First place went to François Delecour, the 1994 overall 'Monte' winner, followed by the reigning WRC2 Masters World Champions Mauro Miele/Luca Beltrame from Italy.

More information about the Rallye Monte-Carlo can be found in the press release.