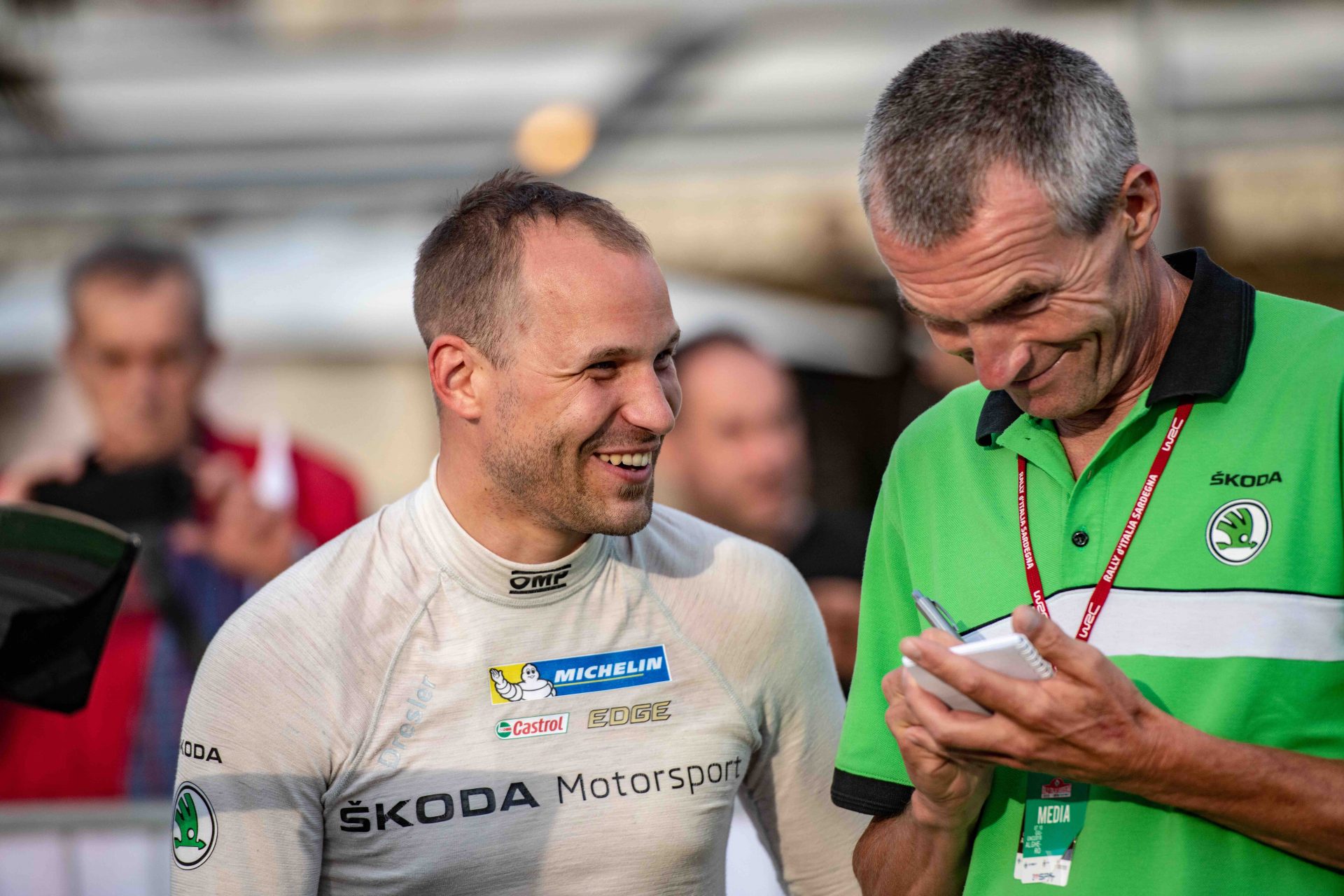 What Does Technician Josef Kopecký Think About Upcoming Rallye Deutschland?

He was a successful racer and a role model for his son – ŠKODA Motorsport driver Jan Kopecký – and he created his own rally team. At ADAC Rallye Deutschland, he works as a technician, responsible for his son’s FABIA R5.

When he became a European hill climb champion in 1994, his son Jan was twelve – and there is no doubt that father’s successes inspired Jan Kopecký to start a stellar career in motorsport, which led him to the position where he is able to fight for the lead in the WRC 2 category overall standings at the upcoming Rallye Deutschland.

Besides the hillclimbs, Josef Kopecký was also successful in circuit racing, winning a Czech national championship and placing first in the Ford Fiesta Cup – twice – and in three times in a ŠKODA OCTAVIA Cup. He also placed 4thin the European Ferrari F355 Challenge.

After a successful racing career of his own, Josef Kopecký founded his own rally team, Motorsport Kopecký, which resides in Eastern Bohemian town of Kostelec nad Orlicí. Today, he also takes care of Jan Kopecký’s FABIA R5 both at Rallye Deutschland and when Jan is competing in Czech Rally Championship, which he managed to win four times in a row on (2015-2018).

We asked Mr. Kopecký a few question about technical aspects of the Rallye Deutschland and ways the technical team copes with its challenges.

How hard is it to find the right settings for Germany?

Josef Kopecký: We have a lot of experience on this kind of stages. We’ve been competing here with our ŠKODA FABIA R5 since 2015 and we can also define the different settings throughout our successful the pre-event tests.

Do the settings vary much throughout the rally? Either between the Baumholder military roads and vineyard ones, or depending on weather?

Josef Kopecký: For Baumholder with his aggressive tank roads and rough concrete with potholes, the car has to be a little bit higher and softer.

How do the cars handle the military roads of Baumholder?

Josef Kopecký: As our ŠKODA FABIA R5 is a rock solid car, there is nothing to fear from the technical standpoint. But the roads are very slippery, especially when it rains. On some places, when the surface of concrete changes to some patches of new asphalt, it could be like driving on ice.

Eager to know more? Read also what others in the team think about the upcoming rally – Josef’s son Jan Kopecký, his teammate Kalle Rovanperä and team boss Michal Hrabánek.